Little India on a Monday afternoon is a ghost town. Granted, it's the off-season. Plus, on days like today, when it feels like -15째C and the wind is blowing furiously across Gerrard Street East, I can understand why the sidewalks aren't overflowing with pedestrian traffic. But the storefront windows covered with newspapers and scattering of "For Lease" signs, several within one block west of Coxwell Ave., give the impression that something is amiss.

After speaking with several restaurant owners along the bazaar, the consensus seems to be that competition outside of Toronto--such as in Brampton and Mississauga--is sucking up the business Gerrard's Indian Bazaar once enjoyed exclusively. 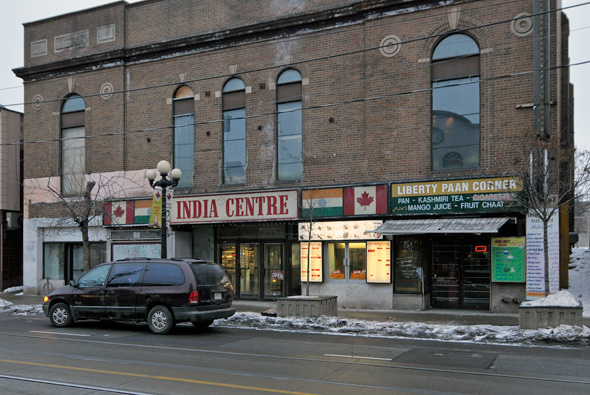 "It's very bad now," one of the owners of Moti Mahal tells me as we chat by the buffet of his nearly empty restaurant. "Even the weekends aren't good. Everyone is struggling." The restaurant has been a fixture in Little India for several decades, undergoing a remodel about five years ago. "Now there is just so much competition; in Malton, in Rexdale, Mississauga. Now we have to rely a lot on tourists." He says he's noticed the change happen over the past few years, and at its worst over the past seven or eight months. "I'm hoping more festivals or something can revive the area." 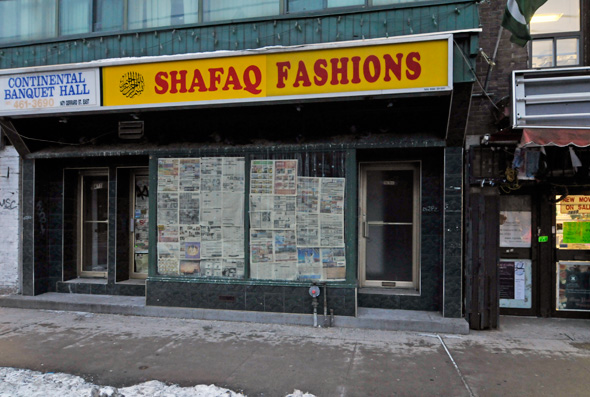 I get a similar impression talking to the men at Nitya, the restaurant that moved into the space previously occupied by Skylark Restaurant. "There's an Indian bazaar in Brampton, an Indian bazaar in Mississauga, an Indian bazaar in Markham. So people can find places to shop closer to their homes." Though Nitya has been around for under a year, its owner is an area veteran, and these men say there's been a marked different in recent years. "There's been fewer people," one says. "Especially when people hear in the news that the DVP is under construction, the Lakeshore is under construction, it becomes very difficult to come out here, so they stay in their communities. Plus parking is bad and they don't want to risk getting a ticket." 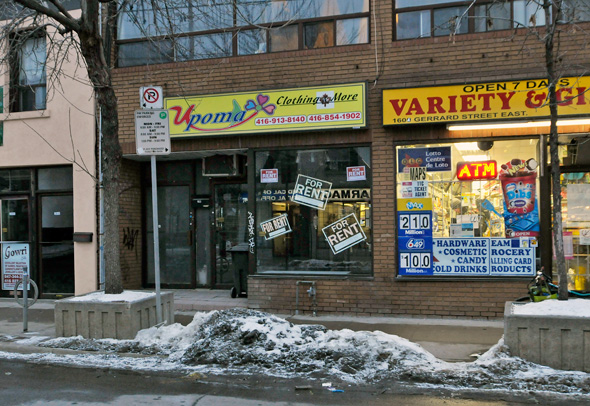 Personally, I've never driven to Little India, but apparently pay parking is enforced to the second--which means a lot of unhappy returning to tickets on their windshields after lunch or shopping.

The hope here seems to be some sort of revival in the summer to breathe new life into the area. Moti Mahal's owner tells me business always picks up during the wedding season, even if though hasn't been as good in recent years. In the meantime, though, restaurants are just trying to keep their tables occupied during the rough winter months and hope for summertime resuscitation of Gerrard's Indian Bazaar. 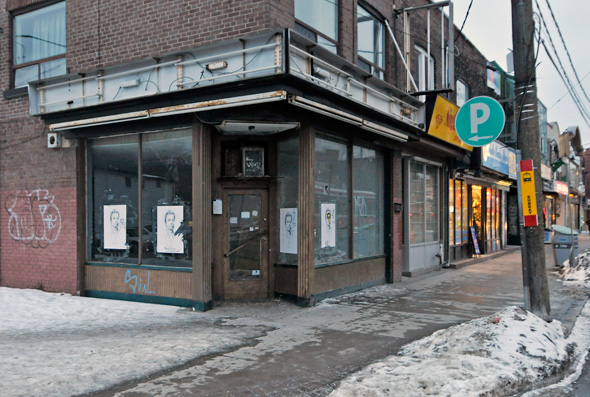