While all the talk leading up to the TTC's February 2nd meeting has been on the proposed service reductions on 48 under-performing bus routes, also up for approval is a new conceptual design for Steeles West Station, the renderings of which have recently been made public (PDF). The original design, which was approved back in 2009 was decidedly futuristic in nature (see image below), a trait that has been almost completely eliminated, except perhaps at track level where a promising looking light installation appears to carry on this aesthetic in some minor capacity. 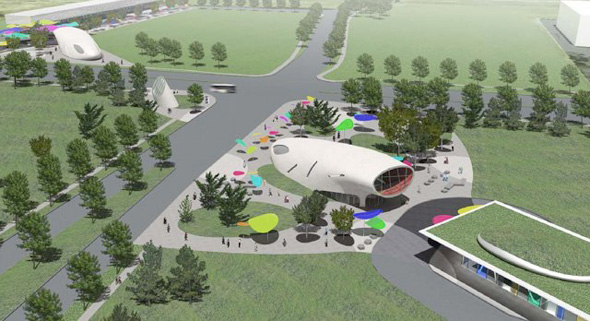 In fact, it wouldn't be much of a stretch to say that the new design - with regard to the station entrances in particular - is quite the opposite of what was previously proposed by the firms responsible for the project, Richard Stevens Architects and Alsop Architects. Instead of a station that would have looked at home on the moon, the current renderings reveal a far more rustic aesthetic. Although less daring a design, that's not necessarily a bad thing. 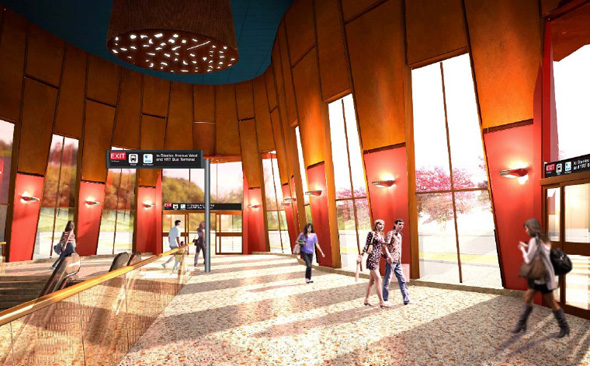 These rendering also provide a first look at the light installation that will grace the roof of the station platform. A promising looking piece by Berlin-based artists Jan and Tim Edler, Lightspell is described as " a 'super sculpture'; a hybrid between art installation and the lighting of the subway station. The interactive installation consists of a suspended array of 62 light elements. Each element is made of 16 individually controllable luminaries and can produce all letters of the alphabet, as well as special characters and numerals from 0 to 9." If Michael Hayden's Arc en ciel is indeed brought back to life at Yorkdale Station, these will make quite the pair.

In addition to the new aesthetics, the TTC reports that "recently identified property constraints on the north side of Steeles Avenue necessitated the relocation of the main entrance including the associated reconfiguration of the north end of the subway station." The public will get a chance to offer feedback on the project during an open house sometime in March.

Check out more renderings below. 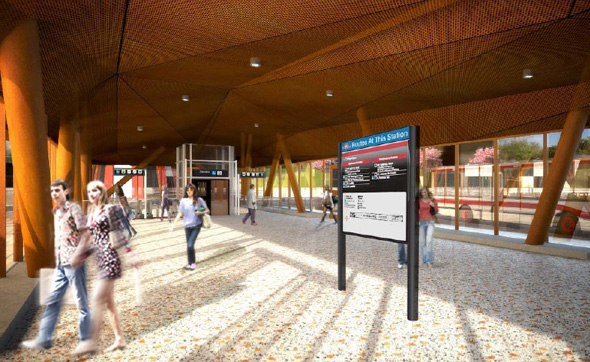 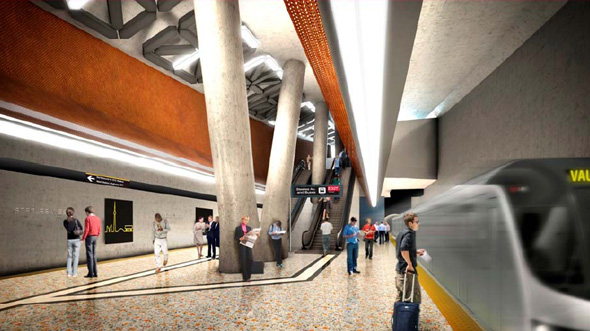 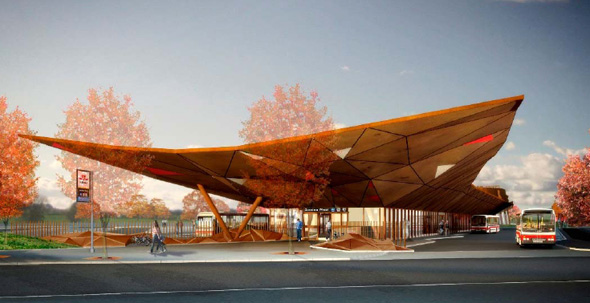 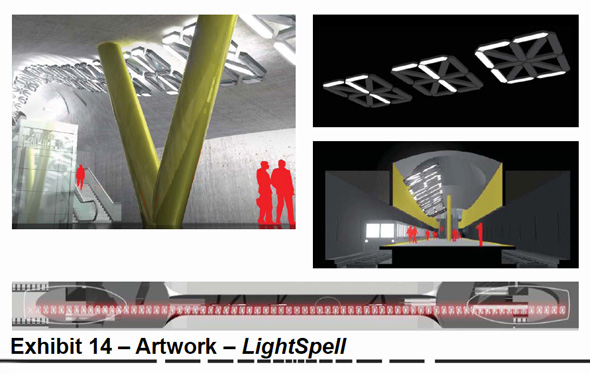 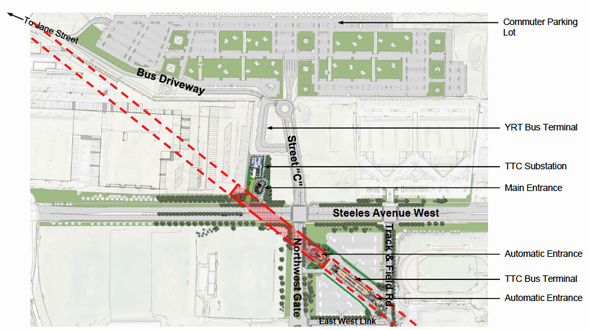 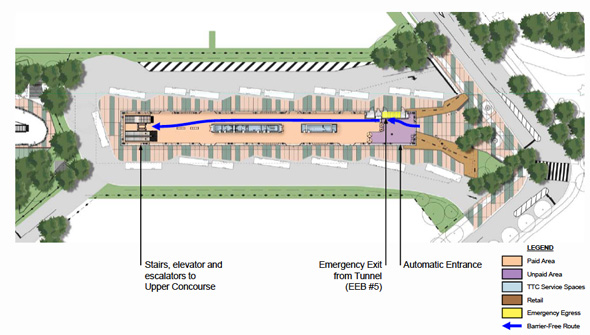