The Toronto Polar Bear Dip offered a chilly way to ring in the new year yesterday at Ashbridge's Bay. Also known as the Great Canadian Chill, the event was staged as a benefit for the Stop Kids Cancer Cold campaign, and a couple hundred people thought that was a good enough excuse to brave the not really all that cold (outdoor) temperatures and spend a few moments in the icy waters of Lake Ontario. 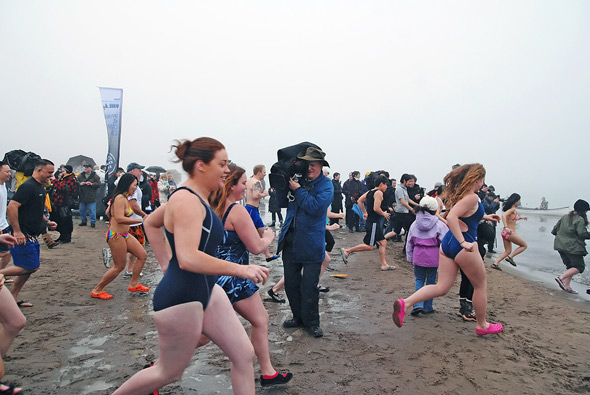 There were a few interesting costumes and all ages were present. Dippers raced into the water in several separate waves, carefully monitored by lifeguards in boats and standing along the perimeter. There were also, obviously, a healthy number of photographers present to capture the proceedings. I soon found that the best way to get a decent shot was to stand with my feet half submerged at the edge of the shoreline, and I can thus testify to the fact that it's an odd feeling to squelch around with soaking wet feet in January. There was apparently a better turnout here than at the more established Sunnyside Beach event that took place about an hour earlier, so it seems likely the event will be around for years to come.

All in all not a bad way to start the year. 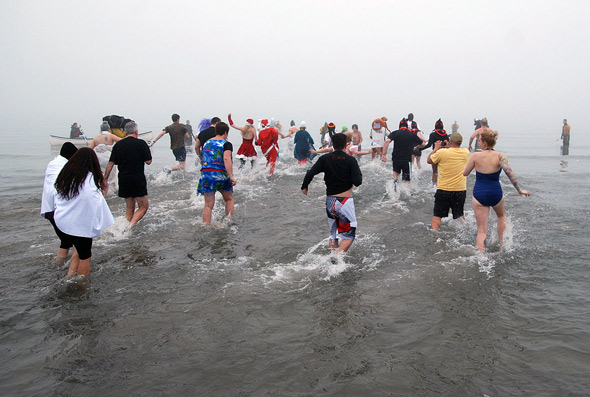 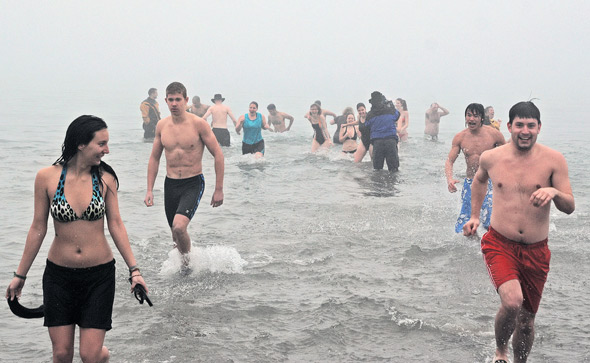 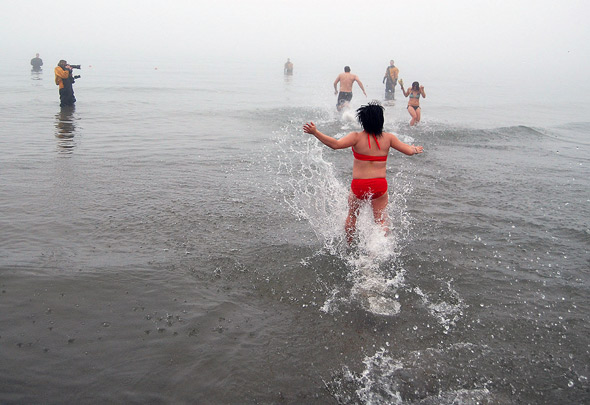 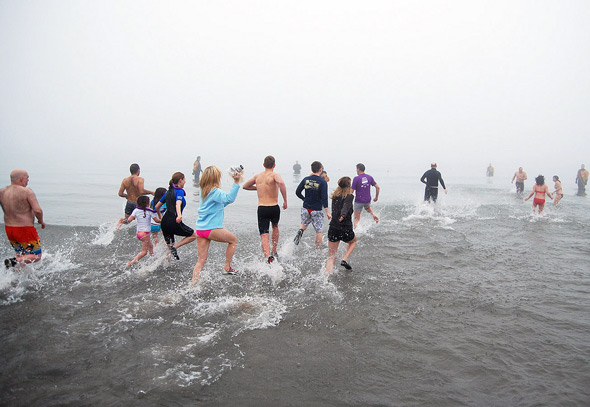 Check out more shots in the slide show below.

Writing and photography by Scott Snider.