An update on the Maple Leaf Gardens construction

The last time we checked in on the Maple Leaf Gardens construction was October of last year, at which point the building had been almost completely gutted and work was nearing completion on the underground parking area. But for the last few months or so, updates about the makeover have been few and far between. Although exterior work was easy enough to track over the fall months, it was unclear what kind of progress was being made inside the old arena.

Word from photographer friends of mine -- and others on various discussion forms -- is that security has gotten tighter and that one thus doesn't find the doors open to sneak a peak at how everything's coming along very often anymore. That's why it was pretty to exciting to see that blogTO Flickr pool member tomms had managed to get in to take the above shot a few days ago.

It offers a good indication of the current state of the renovation. With the underground garage done, what will eventually become a Loblaws grocery store is clearly starting to take shape. It's quite fascinating to see just how cavernous it is inside the Gardens, as those portable cranes are dwarfed by the height of the domed roof.

It will, however, still be interesting to see if this project has any chance of coming in on time. As mentioned in our last post, to be eligible for $20-million from Canada's Infrastructure Stimulus Fund, the construction needs to be complete by March 31, 2011. And it sure as hell looks like there's a lot of work left to be done.

Update (9:40 a.m.): As Mark Dowling notes below, the federal government has extended the stimulus deadline to October 31, 2011, which seems like a much more realistic target.

Below are the last photos Ryerson has upload to update those interested in the project (from late October) as well as the uncropped version of tomms shot. 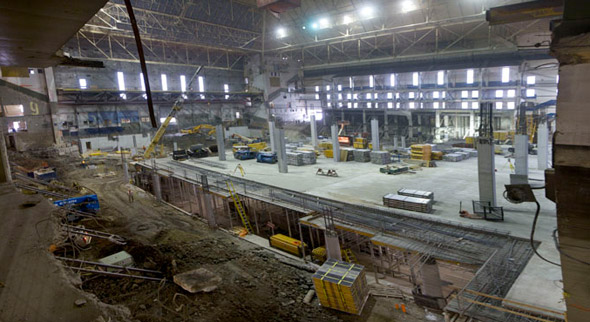 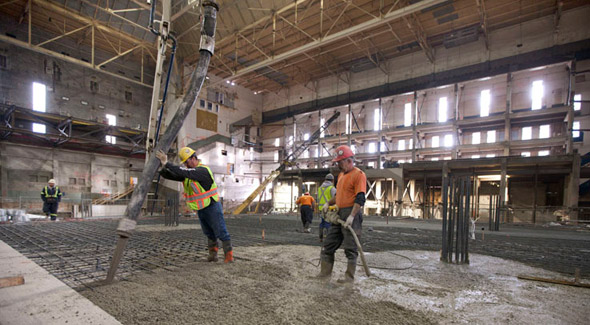 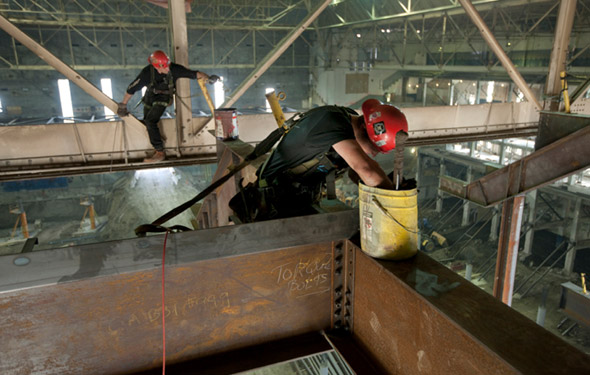 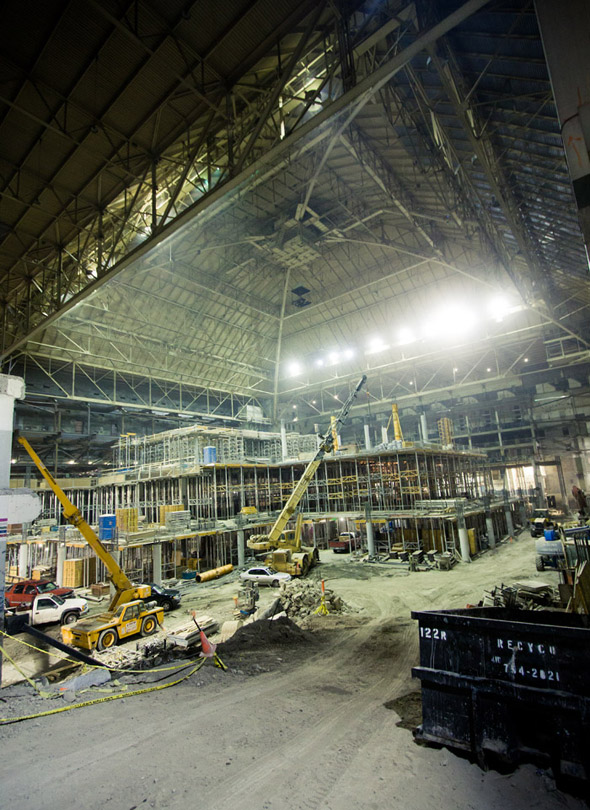