I noticed these ads on the TTC a few weeks ago, and thought, "Hmmm, those look familiar," conjuring up memories of after-school specials, Luba, and the CBC's dedication to airing PSAs during youth-frequented time slots.

The TTC has at least one of these ads in each train car I've ridden, and I've started pointing them out to friends and family. One of my friends, repulsed by the ads, said "I don't want to see that girl. Ever." And my sister, a critic of their inefficacy, touted, "What? She goes from a preppy to a punk?"

I'll admit to feeling some nostalgia for the "just say no" days, a time before Toronto had steel-fences, fake lakes and people touting Torontonians' "right to shop" at the Eaton Centre. Back then we had Meech Lake, NAFTA and frequent Bloc Quebecois separation threats. Simpler times.

What we have in common with those days of yore is a conservative government, one that has been campaigning aggressively for its National Anti-Drug Strategy since its launch on October 4, 2007. The "DrugsNot4Me" campaign has a website, a facebook page and a commercial called "The Mirror," which airs on channels frequented by teens, and in movie theatres. The commercial is a narrative version of the TTC ad, showing how the preppy girl ends up punk. And, may I say, that if doing drugs means that I will start to make poor fashion choices, wear increasingly more provocative clothes, dye my hair non-natural colours, and then - shock of shocks - cut off my own hair in a fit of purported drug-induced mania, then I'm sold. 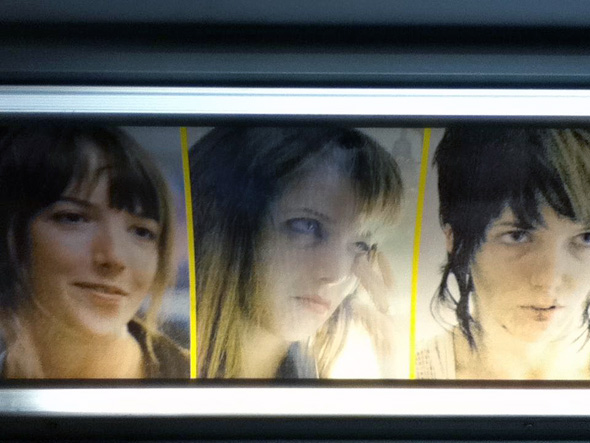 The Honourable Leona Aglukkaq, Minister of Health, states that the campaign is an effort to educate youth, who are the most at risk of trying drugs: "Youth between the ages of 13 and 15 are the most likely to try illicit drugs for the first time...Our Government's 'Drugs not4me' campaign, which includes a website and TV ad, will help inform our kids that drugs are dangerous and destructive, and put to rest the perception that it is somehow alright to use illicit drugs."

Unlike prior campaigns, this one excludes tobacco, alcohol and pharmaceuticals from its strategy, a move that many have criticized, including the Canadian Students for a Sensible Drug Policy, which claims that "DrugsNot4Me" is not really a departure from "just say no," an ineffective campaign: "One of the biggest failings of previous youth drug education programs is that young people don't take them seriously," states Caleb Chepesiuk, CSSDP member." The CSSDP has thus created an alternative website, www.not4me.org, in opposition to the federal campaign.

"DrugsNot4Me" fits the stereotype of Canadian passive aggression, over the more active and decisive "just say no." Apart from that, however, the campaign resorts to all the clichĂŠs of anti-drug propaganda. Studies have proven that these campaigns just don't work, precisely because they resort to racial, economic and social stereotypes. Indeed, "The Mirror" seems to suggest that those who are most at risk are upper-middle-class white girls. Or perhaps the ad aims to save only those who mirror "The Mirror"?

No doubt the government is convinced that they represent and target "youth." Already this conservative government is showing us how cool they are. They speak teen, didn't you know? "DrugsNot4Me" can be texted or tweeted, and even maintains grammatical incorrectness, with a number-for-word meme. Yup,bet you take them seriously now.

Editor's note: An earlier version of this article mistakenly conflated the CSSDP's website not4me.org with the government's DrugsNot4Me website. The original text has thus been altered to reflect the correction.