The origins of the Eaton Centre in Toronto

The Toronto Eaton Centre, along with College Park (originally known as Eaton's College Street), is one of the city's relic landmarks of the former Timothy Eaton Co. Ltd., a famous Toronto-based Canadian institution, which went bankrupt in August of 1999.

The large-scale shopping mall, located at 220 Yonge Street, officially opened in February of 1977, when the first phase of the construction was completed. 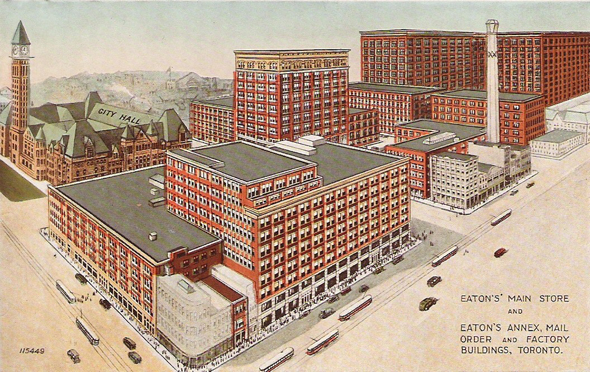 The site of the present shopping complex has been a witness to the changing vision and expansion of Eaton's. According to Mike Filey's Toronto Sketches 8: The Way We Were, Timothy Eaton, the founder of the company, opened a dry goods store here on December 8, 1869.

At that time the population of Toronto was 47,000, and the location was considered quite a ways from the commercial centre of the city along King Street, east of Yonge. 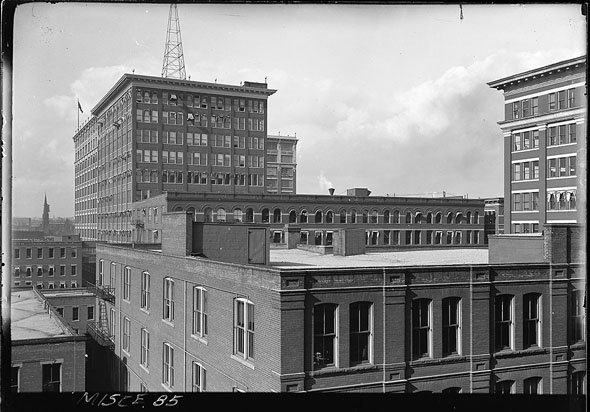 By that time, his business skills led him to considerably expand his empire, which now included a much larger main store, Eaton's annex, as well as mail order and factory buildings, bounded by Yonge, Queen, Bay and Dundas streets, neighbouring the Old City Hall and the Church of the Holy Trinity.

Another notable addition was Eaton's College Street, a few blocks north along Yonge Street, which opened in 1930, one of the city's most distinct Art Deco buildings. 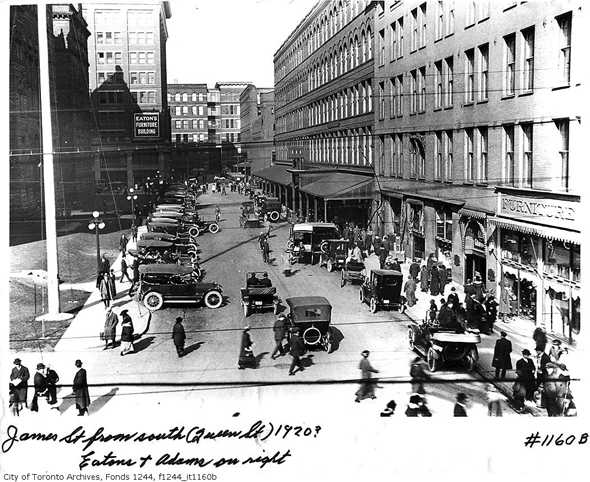 On March 1, 1966, Cadillac Fairview, partnered with Eaton's, announced the new plan for the Eaton Centre development.

It included a construction of six new buildings, such as a new shopping complex, office and apartment towers. Filey writes that this proposal proved to be highly unpopular with Torontonians, as it called for the demolition of old City Hall and the Church of Holy Trinity, a landmark dating back to 1847.

The developers realized that demolishing old City Hall would anger the public, so in order to appease the opposition, they proposed that the clock and memorial Cenotaph be preserved.

However, thousands of Torontonians still protested against the scheme, which was eventually abandoned and replaced by a more popular proposal, which was accepted by the city council. 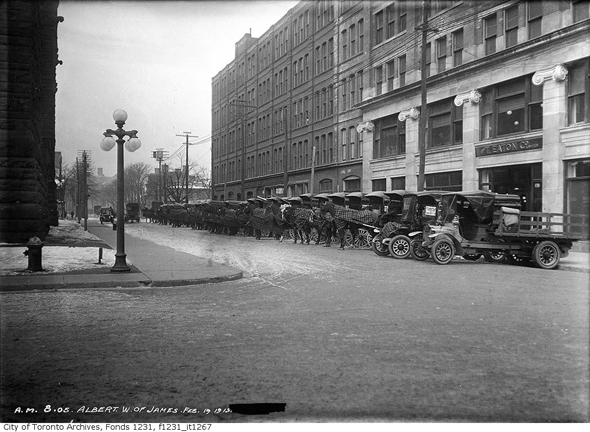 The present shopping complex was designed by Bregam & Hamann with Zeidler Partnership, according to Patricia McHugh's Toronto Architecture: A City Guide.

Phases, one and two, respectively completed in 1977 and 1979, included the construction of one hundred stores within a five-level shopping and office arcade, Eaton's flagship store, and two office towers.

The mall aimed to attract more upscale, "urban and affluent" customers, although their moderately priced items were still available for sale. 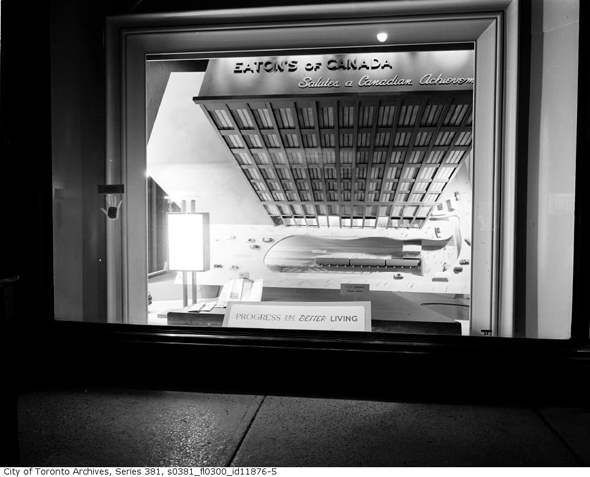 In 2010, Cadillac Fairview announced the revitalization of the complex, which cost around $120 million. The makeover included a revamping of the north food court, the opening of the Richtree restaurant (now closed), new floors, renovated and enlarged bathrooms and upgraded finishes on all elevators and escalators. 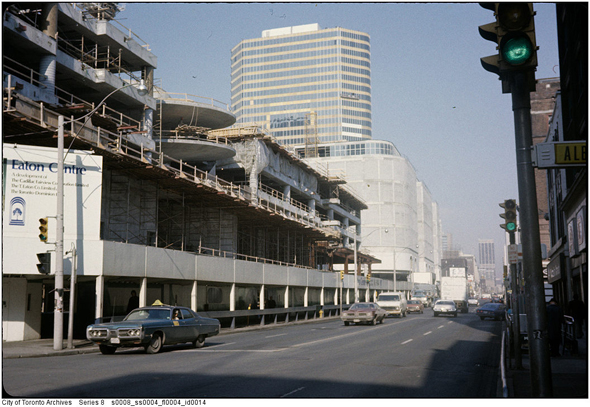