The Great Toronto Snowstorm of 1944

For the past 10 years of living in Toronto, I've witnessed what have seemed to be pretty horrifying winter weather conditions (though I did miss the infamous storm of 1999). But thankfully, nothing in my experience has rivaled the snow storm that besieged the city on December 11, 1944. 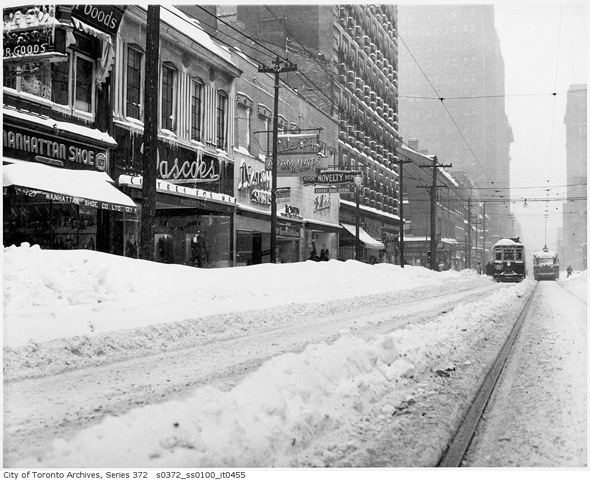 In A Toronto Album 2: More Glimpses of the City That Was, Mike Filey explains that, as was the case with Hurricane Hazel, the weather forecast for that day was utterly inaccurate and nowhere near what the city was eventually confronted with. Between four and 12 inches were projected for December 11, which wasn't even close to the amount of snow that engulfed the streets. 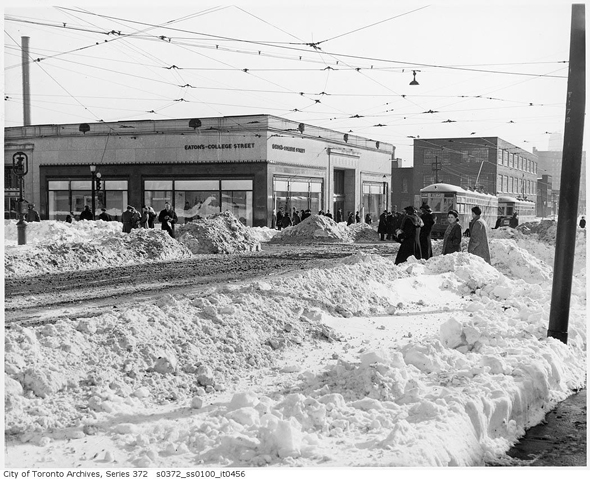 With most traffic coming to standstill, the delivery of coal and milk quickly became a problem. Residents were instructed to provide snow-free access to their coal chutes. Otherwise, they would not receive their order. In the case of milk, the customers were forced to visit a nearby fire hall or other temporary location in order to pick it up -- not so easy considering the state of the streets. 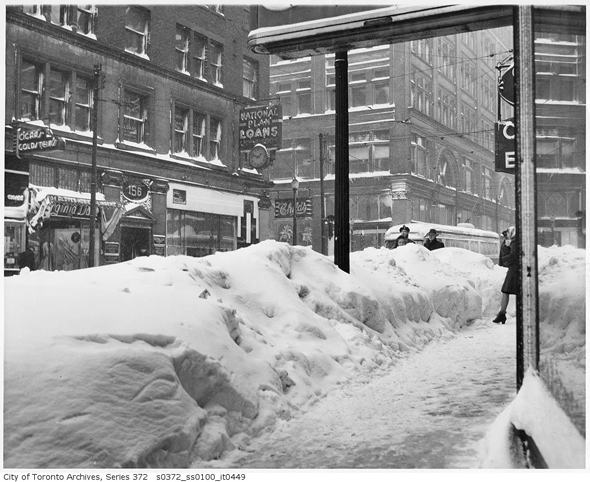 The snow quickly reached two feet when it started falling, and the drifts were much higher. Gill Murray, in his memoir The Invisible War: The Untold Secret Story of Number One Canadian Special Wireless Group: Royal Canadian Signal Corps, 1944-1946, from which the title of this post is taken, writes that while he was visiting his friends, one of them living at Knox College on St. George Street, they woke up to four feet of snow on their doorstep, which he describes as an "amount unheard-of in Toronto." 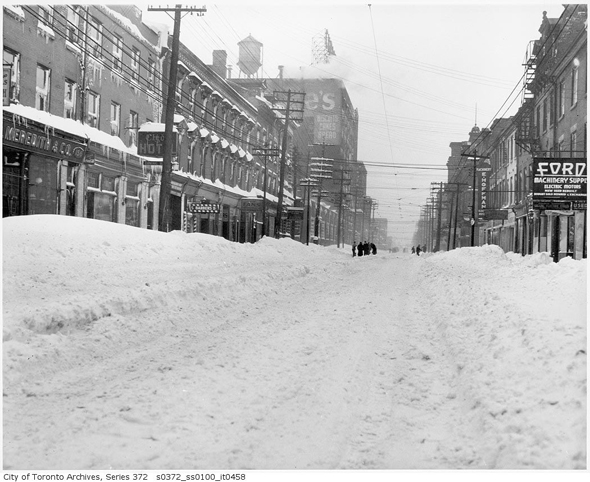 In total, during the two days of the storm, over twenty-two inches of snow fell and twenty-one people died -- thirteen of them of exertion, as they shoveled snow that surrounded their homes. Schools and businesses remained closed for days, including the ammunition factory.

The huge drifts trapped people in their homes, and the strong winds eliminated all visibility. On Queen Street, the wind and snow were powerful enough to knock down a streetcar, trapping passengers inside and killing one of them. Unlike the big storms of today, Toronto was completely paralyzed by the event. 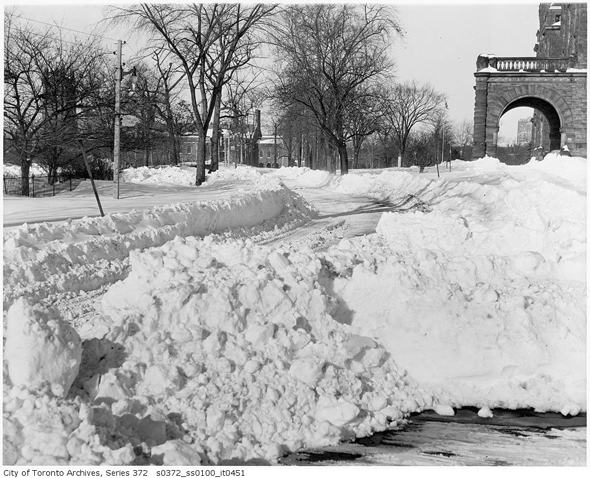 Images from the City of Toronto Archives.