Photos of the 2010 lunar eclipse

The 2010 lunar eclipse was the first to fall on the winter solstice in 372 years. And, perhaps more importantly, it was quite the show. Although the skies over Toronto were overcast as late as midnight, a very timely clearing trend took over and left perfect viewing conditions for the eclipse. As I mentioned during a break from watching it all go down, the early morning hours might have offered the clearest skies of the year, with loads of stars visible to the naked eye from downtown areas that generally suffer from much light pollution.

The event started at 1:31 a.m., and by 2:41 a.m. the moon was completely engulfed by the Earth's umbra -- at which point it turned an eerie but beautiful orange-red hue that remained in effect for over an hour. In short, the whole event was awesome. Here are some of the pictures that have already been uploaded to the blogTO Flickr pool. I'll add more as they come in. 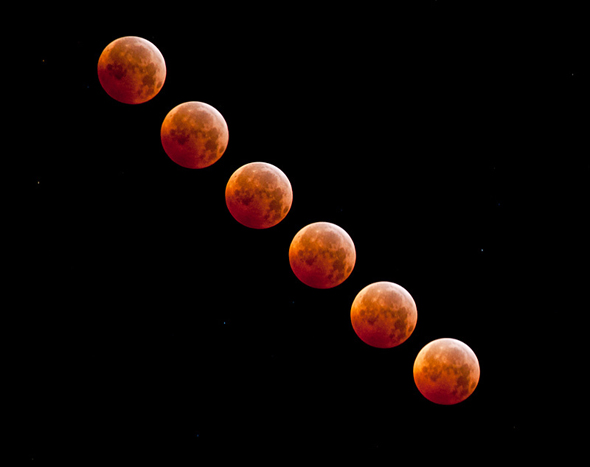 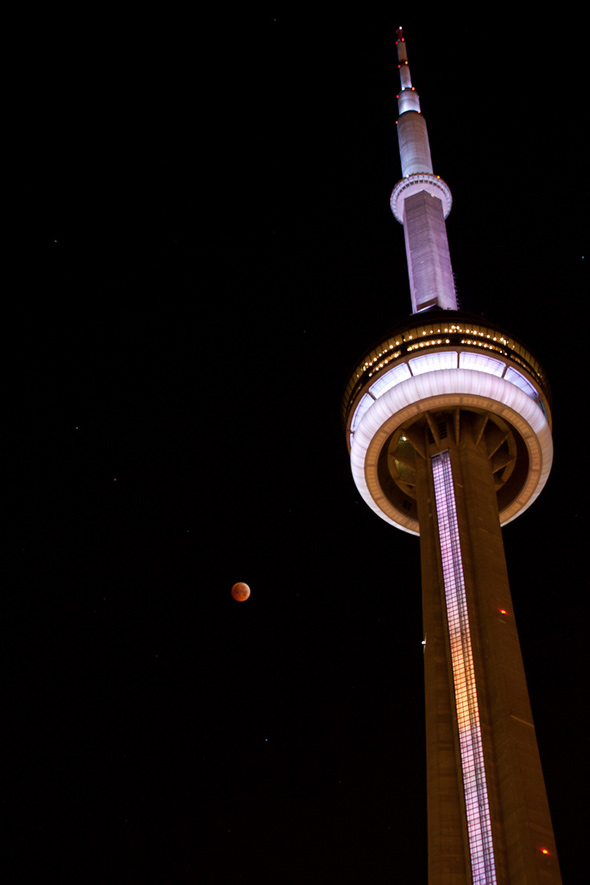 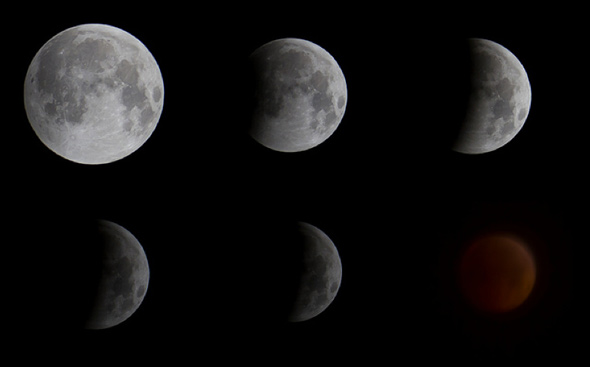 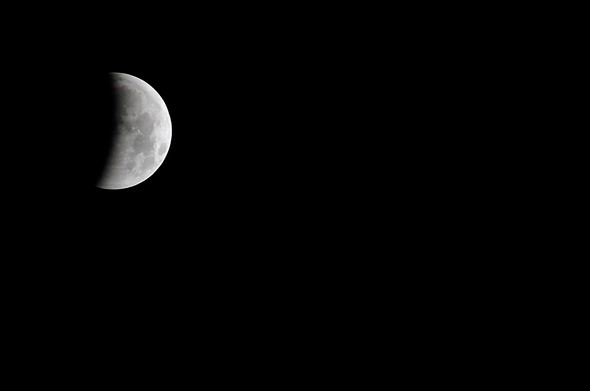 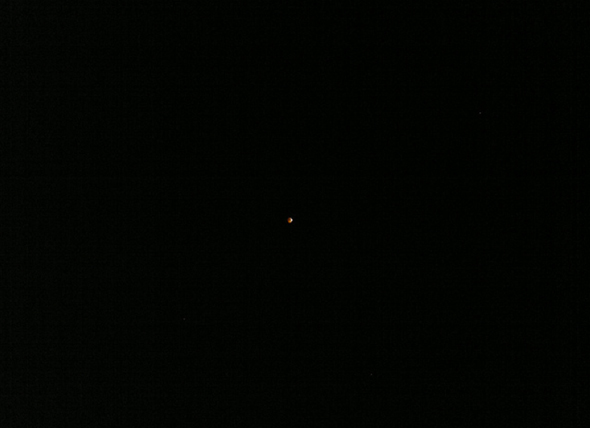 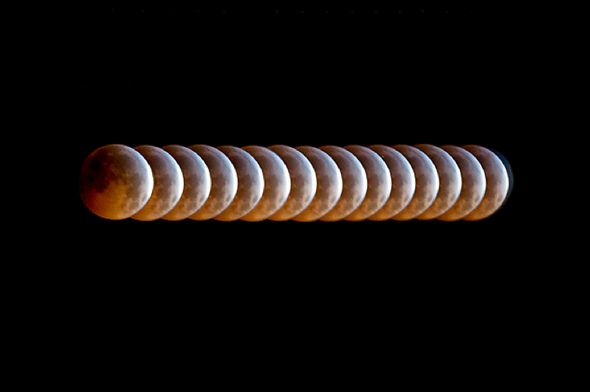 Here's a couple of time-lapse videos of the eclipse.

Lead photo by the author (who added some stars via Photoshop). Videos by William Castleman via Gawker and Recourse Media.