@rebelmayor revealed to be Shawn Micallef

After almost of year of entertaining Toronto politicos and Twitter users, the mysterious @rebelmayor has been revealed as Shawn Micallef in the Globe and Mail.

I have to admit that I really didn't think it was Micallef, as there seemed to be too much evidence to suggest otherwise, but the Senior Editor at Spacing Magazine managed to fool me and pretty much everyone else.

For full details, check out Kelly Grant's story in the Globe.

Not to make too big deal of this, but here's a look at some of the post-reveal reaction. And for more on the story, here's Torontoist's interview and a telling little chart of @shawnmicallef and @rebelmayor's Twitter activity via Jonathan Goldsbie (@goldsbie).

And, because I didn't say it before, nice one Shawn! 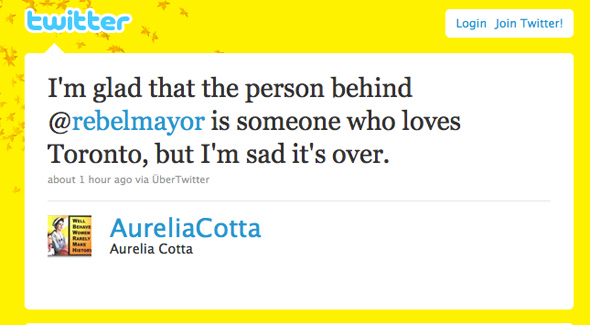 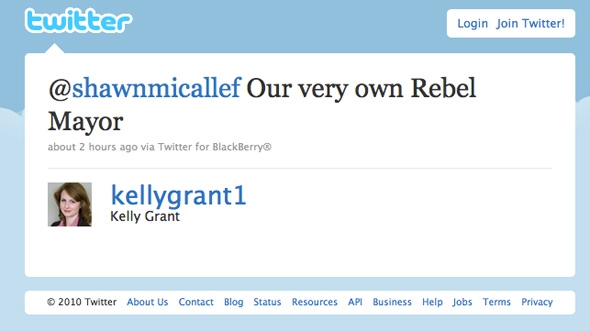 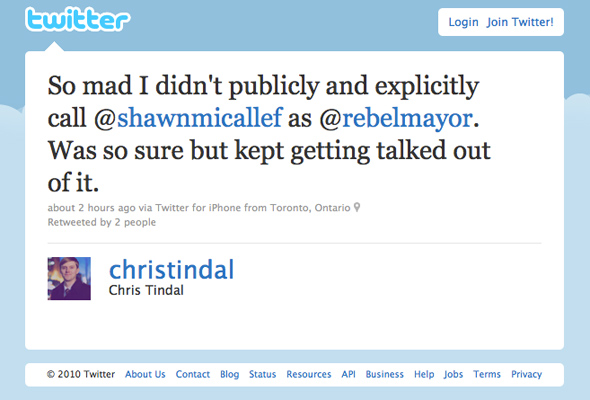 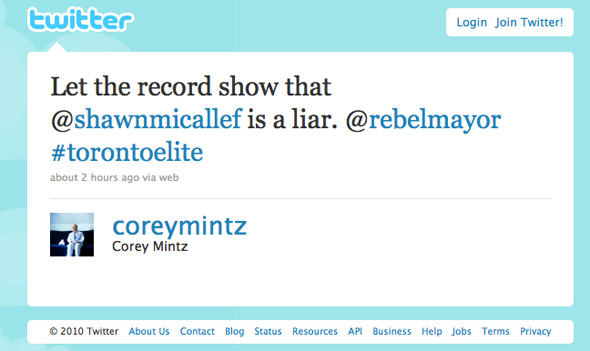 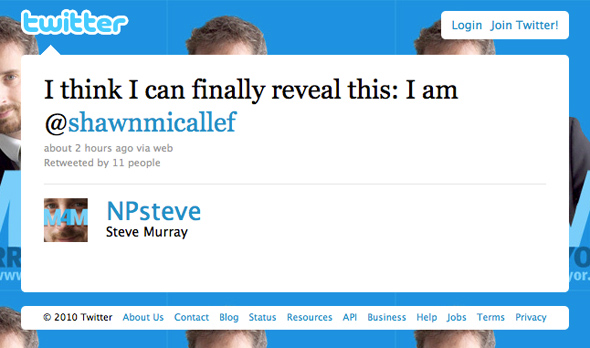 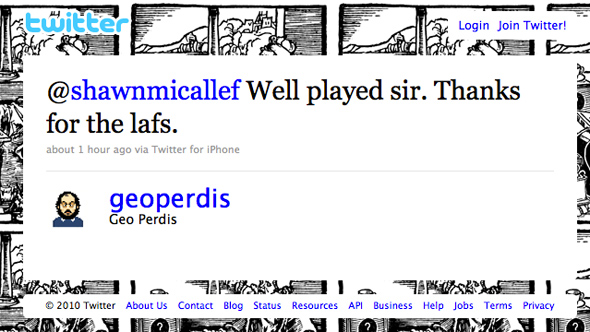 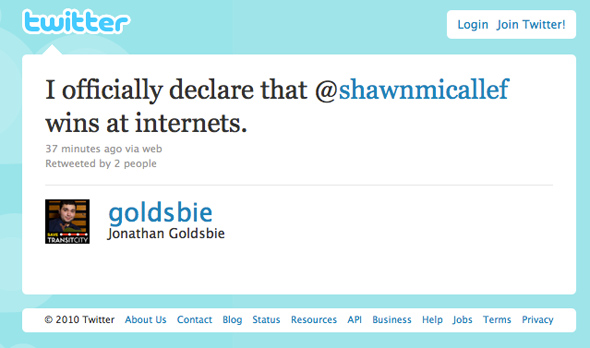 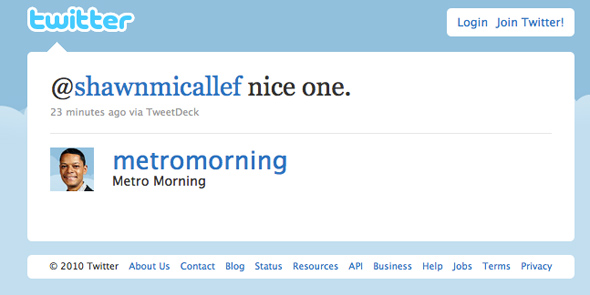 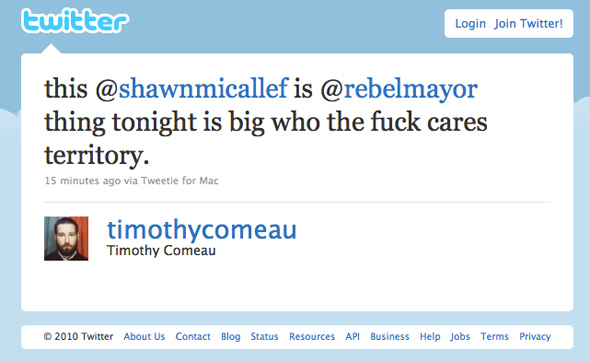 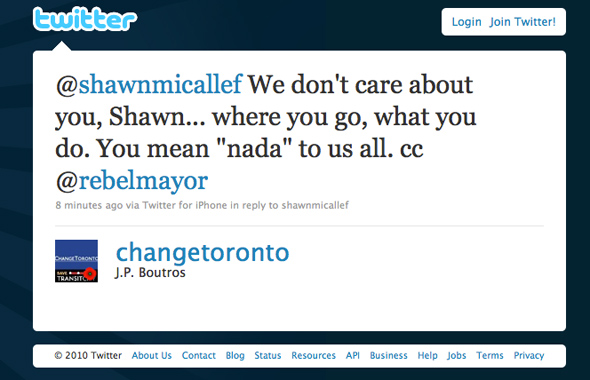