A few of my favourite Toronto streets

As much as Toronto is described as a "city of neighbourhoods," many of the city's most loved streets stretch beyond such boundaries, and thus take on identities of their own, almost independent of the wider contexts in which they are situated. And since I've been writing about "hidden streets" and "quirky" homes of late, I thought I might turn my attention to more popular thoroughfares. Picking favorites out of this massive group, does, however, become a bit of a mug's game. Not only are there just too many to choose from, but it's difficult to set down a suitable criteria by which to measure one against the other.

Nevertheless, when I think about it for a few minutes, I realize that I do have at least a few favourites for one reason or another. Whether it be on account of their architectural make-up, the vibrancy of their pedestrian traffic, or just some hard-to-pin-down vibe, certain streets in this city invariably rise to the top of my heap. Here are five that are on my mind right now. 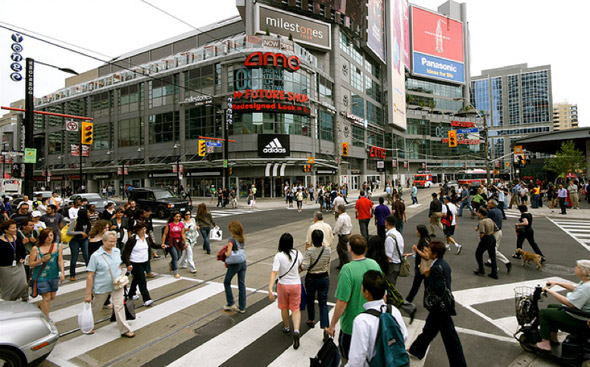 While it's certainly the best-known street in the city, I'm not sure if Yonge would make everyone's list of favourites. There's still that little bit of seediness that remains south of Bloor that turns some off. But in spite of this and the many touristy stores (again south of Bloor), there's just something -- perhaps it's the visible record of the city's growth that the various buildings document -- about the street that remains wonderfully endearing. Photo by Roger Cullman. 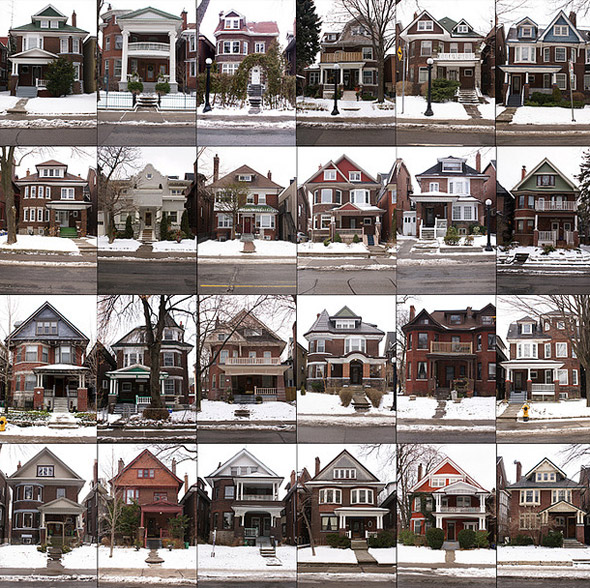 Located just west of Bathurst, between Bloor and Queen, I would imagine that Palmerston, unlike Yonge, is one of those streets that makes a lot of people's favourite lists. For my part, I most enjoy the section north of College. The large but still Annex-style homes, the mature trees that form a virtual canopy over the roadway, and the old-time street lamps all contribute to its charm. Having friends who lived on the street for years, I spent my fair share of time on Palmerston, and I can say that it's a phenomenal place to walk on a foggy evening. Palmerston Square to the north of Bloor is very cool as well. Photo by Agapi. 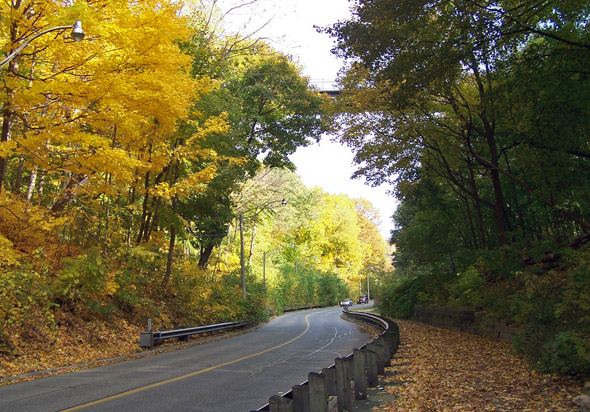 Lovely in winter with a fresh coat of snow as much as it is in the spring and fall, Rosedale Valley Road makes my list on account of it's natural beauty. While driving or riding along its gentle curves, one is offered excellent views of the base of the Bloor Viaduct, the edge of the Necropolis cemetery, and because it really is in a valley, I always feel as though I've temporary left city life when I use it to cut across to the Bayview Extension. Photo by Kate Chaplin. 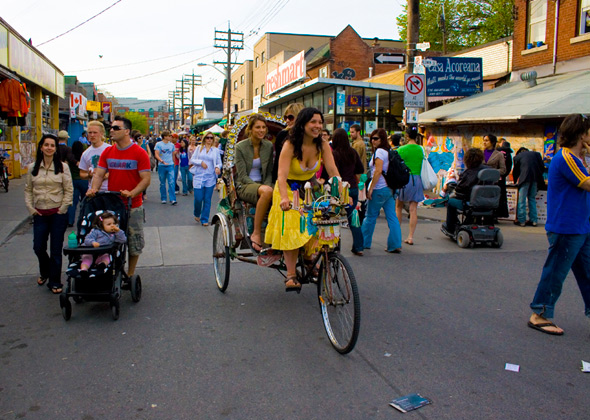 It was a tough to choose Augusta over Kensington, but the street scene is just a tad more vibrant on the former. Augusta is probably as close to an unofficial woonerf as Toronto has, with pedestrians and cyclists asserting as much if not more right to the road as cars. And that's a good thing. A stroll through the Market on a pedestrian Sunday always gets me thinking that it'd be a good candidate to go car-free permanently. Photo by Shaun Merritt. 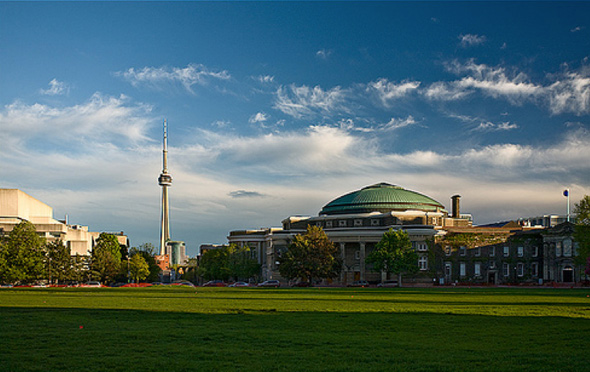 In the past I might have kept this street off a list like this on account of certain unwelcoming elitist attitude that I've encountered on U of T's campus, but now I tend not to notice this so much. Perhaps it was just me all along, who knows? But, I absolutely adore walking around the Circle, particularly during the late afternoon in autumn, when the students have yet to have the enthusiasm and idealism of early term beaten out of them with mounds of work. Photo by wvs. 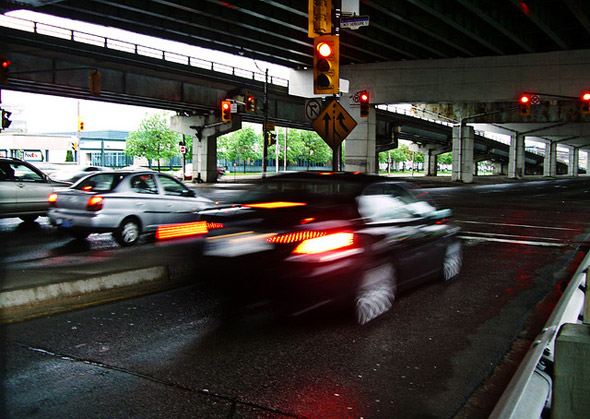 I could be accused of being bat-shit crazy for this selection, but I absolutely love taking night drives along the stretch of the Lake Shore that runs under the Gardiner. So quintessentially urban, there's almost something romantic about the experience. Further west, where the street makes good on its name and runs parallel with the water, it is also good for scenic driving, though not a place you'd want to be caught walking (no sidewalks) or riding a bike. But, hey, at least the Martin Goodman trail services non-vehicular traffic. Photo by AshtonPal.