The TTC unveiled its brand new, Bombardier-built Rocket subway trains this morning at Downsview Station. Part of the long-term plan to renew the TTC's aging fleet, the new cars are more spacious and accommodate slightly more seats. The TTC estimates that the new trains will increase capacity by about a 120 passengers, which is up 8-10 percent from the current T1 trains. 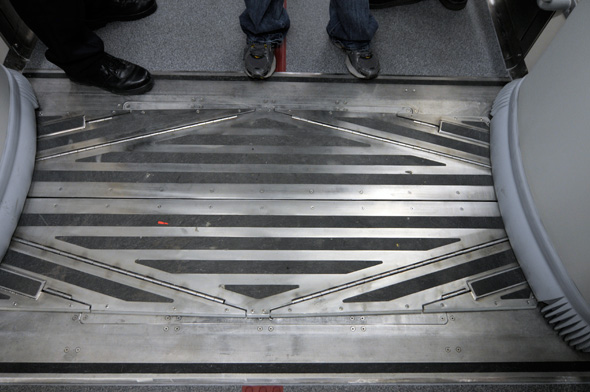 The most noticeable change among the many -- and the reason they will hold more passengers -- is that the trains are now open-length, which means that a connecting passage allows riders to travel seamlessly from one car to the next (there are six cars in total). In an empty train, one can look straight from one end to the other. 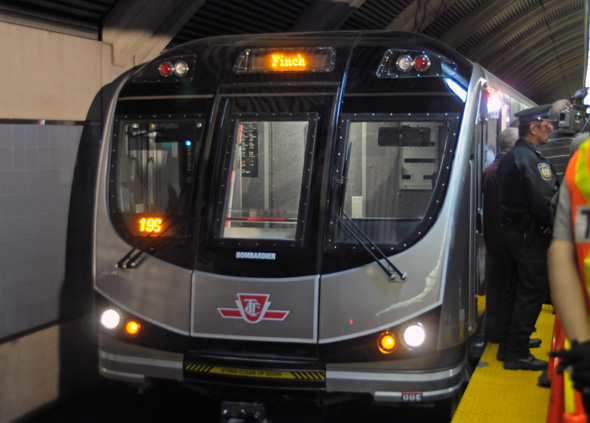 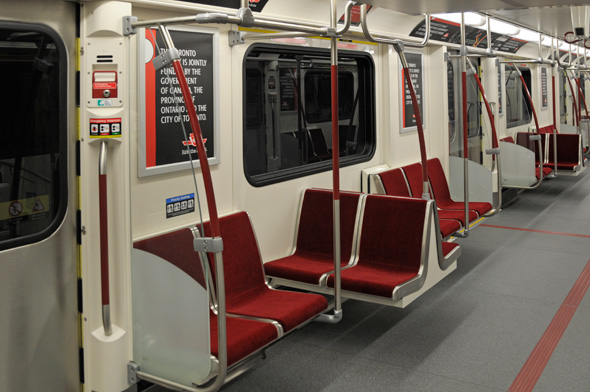 Other key features include red anti-microbial stanchions to hold on to, an easier to access wheelchair area with a blue light on the exterior of the train to mark their locations, an active route map that shows where the train is on the line, an electronic information display system, a passenger alarm intercom, and an emergency evacuation ramp at the front of the train. 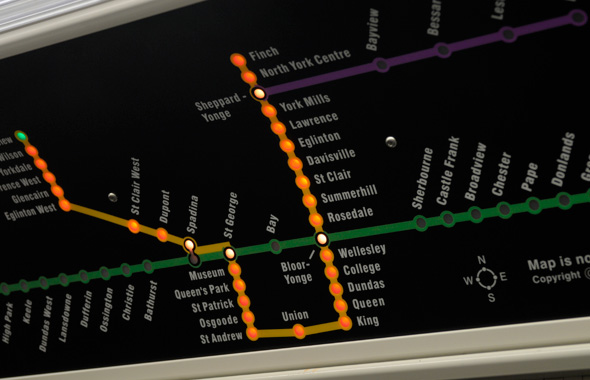 The Rocket trains are also said to be more energy efficient, but I've yet to get my hands on specific figures that outline the savings. 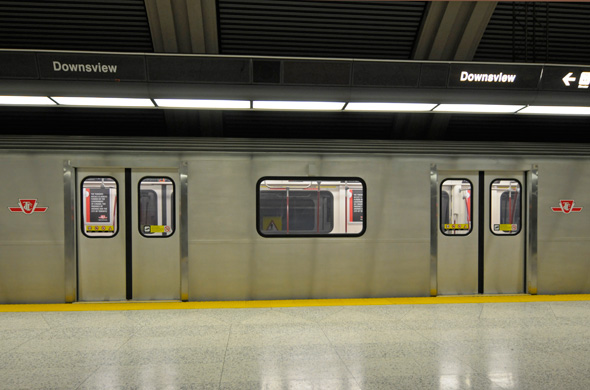 My first impression is that these subways are pretty slick, and will be much easier for passengers to navigate when they are crowded. And though it might take a little getting used to, the open-length concept could be a real winner -- that is, unless you're trying to get away from some belligerent passenger who will no longer be separated by the closed doors of another car. But, that, of course, is a small price to pay for the increased functionality of the new trains. 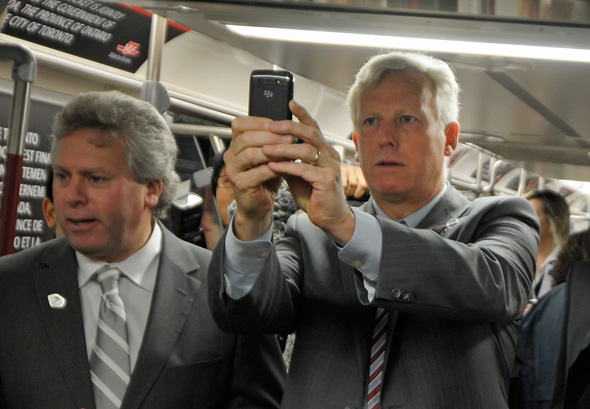