The Toronto of architect Uno Prii

One of Toronto's defining architectural features is, no doubt, the clusters of slab apartment blocks that pay homage to both the rise of concrete as a building material and 1960s and 70s planning principles. Found throughout the city in places as diverse as St. James Town, High Park and Yonge and Davisville, it'd be hard to travel far without running into one of these concrete monsters.

Almost exclusively rental properties, the majority of people I've spoken to aren't particularly enamoured with this "architecture," much less fans of it. Variously described as "Soviet," "hive-like" and "monolithic," the common criticism is that these buildings are exclusively utilitarian and lack any noteworthy feature worthy of appreciation. 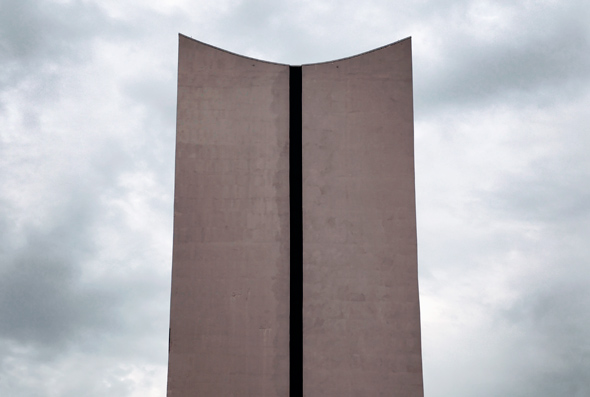 I've always been more ambivalent about them, finding much to like about the slabs as photographic subjects -- though, truth be told, during daylight hours I've rarely mistaken one for beautiful. But that's where Uno Prii, one of Toronto's most prolific architects, comes in to the story. 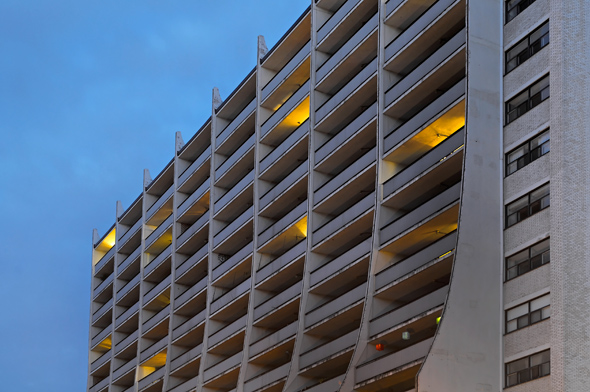 Prii, who designed a surprising number of Toronto's slab structures, is likely most famous for his work in the Annex (though the Jane Exbury towers are also iconic). The buildings at 20 Prince Arthur, 35 and 44 Walmer, 485 Huron and 100 Spadina (to name only my favourites) are all classic examples of the futuristic expressionist flare that he brought to concrete architecture. 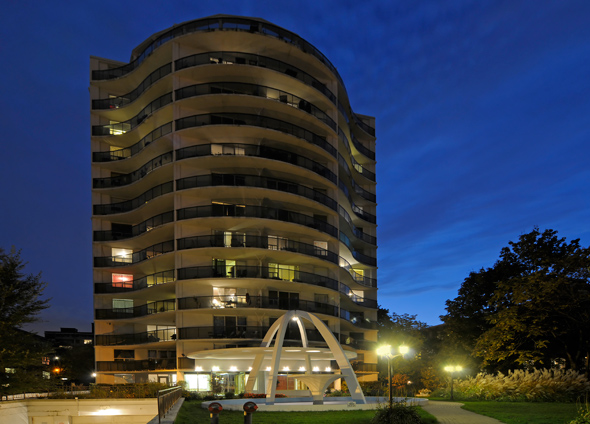 As Prii puts it, "I could see apartment buildings as giant sculptures. I thought people would remember these buildings...I got tired, eventually, of these straight boxes. I thought, let's have a little fun." 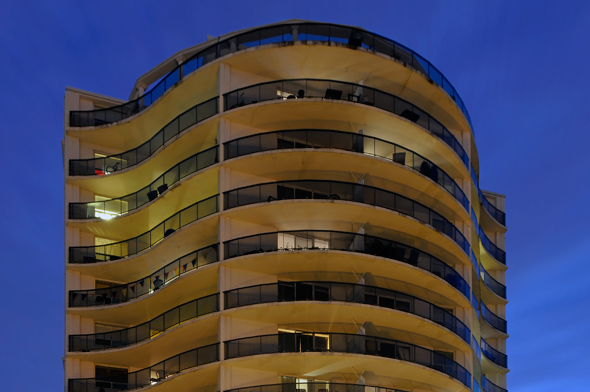 Year's ago I thought that the incongruous juxtaposition of these buildings with the area's Victorian, Edwardian and E. J. Lennoxesque architecture was a blight, the hangover of some sort of prophecy that never came true. But, over time Prii's buildings have grown on me. If the devil is in the details, then the Estonian-born architect work is more challenging and complex than many a passerby gives it credit for. The adorned balconies (some of which have unfortunately been replaced), flared bases, fountains and neo-Porte-cochĂ¨res all reveal an architect pushing the limits of his material. 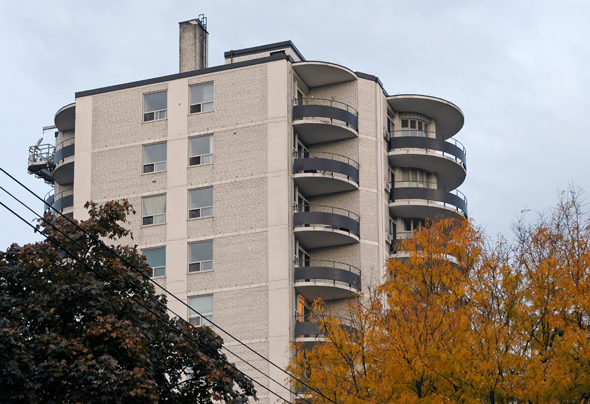 There certainly have been some misses -- like 77 Elm Street, which made our list of ugliest buildings for its five-storey parking garage base, which "treats the street below like a potential war zone, to be defended against at all odds." But even this building, above the garage, shows off the degree to which Prii was unwilling to let the concrete hamper his creativity. And given the number of aprtment slabs about town, it's nice to witness the legacy of this commitment. 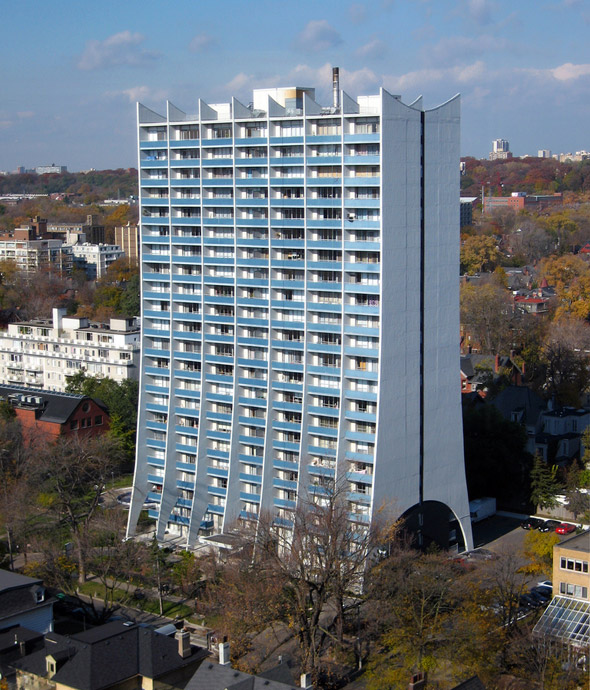 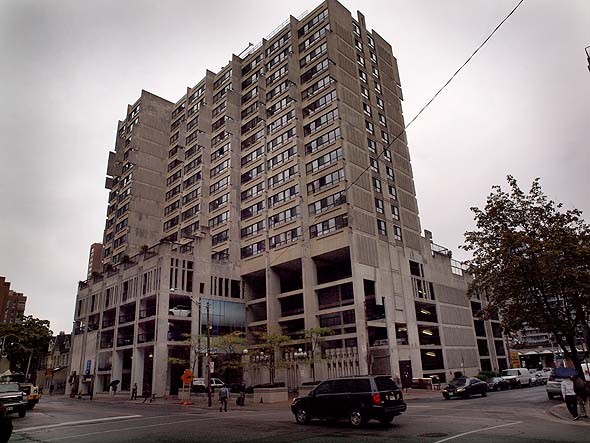 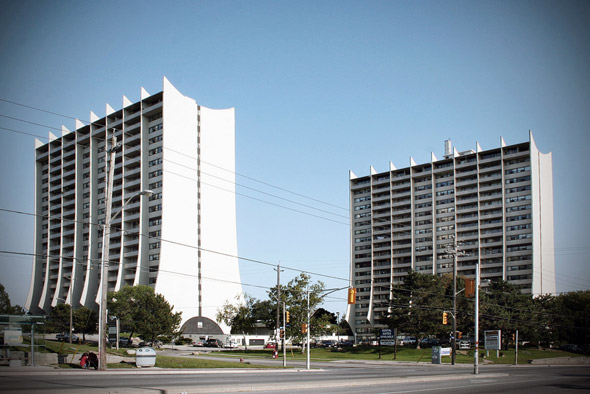 First six photos by the author.