Renovations on Maple Leaf Gardens steadily continue as construction crews try to meet a projected spring 2011 completion date of the joint Loblaws and Ryerson facility. As part of a deal that provided the project with a sum of $20-million from Canada's Infrastructure Stimulus Fund, the makeover of the original six arena must be finished by March 31, 2011. 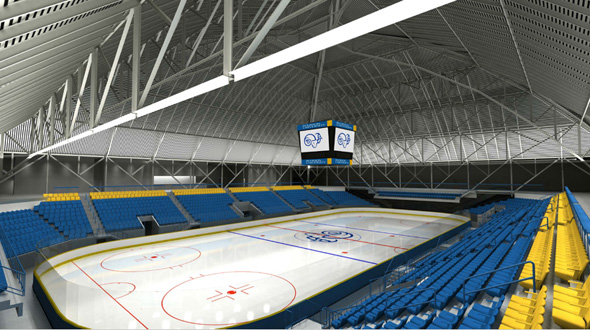 As Greg Alexander, one of the principal architects on the renovation, told the Star in March, that's "a very challenging time frame." So work has been ongoing since funding was secured without a whole lot of time to spare. As of mid-May, the north and south stands had been removed, the structure of the building had been reinforced, much of the east and west seating had been removed, and the rink bed had been removed to allow for work on underground parking. At this time, Ryerson and BBB Architects / Stadium Consultants International also released plans that reveals what the finished product might look like, including a cross-section of the new facility. 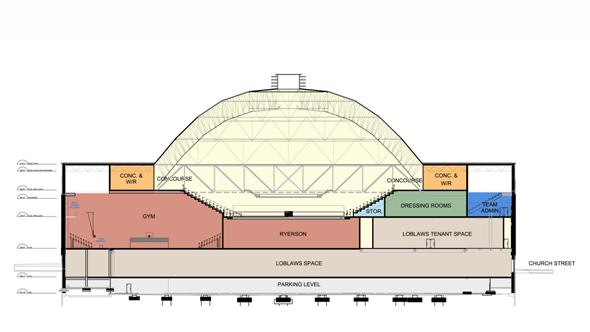 As of the most recent photo below, a considerable amount of the parking level has been built and it would appear that no stands remain in place (though admittedly not all sides of the building are visible). There's obviously still a lot of work left to be done, but here's a photographic timeline of what's happened up to the beginning of the month. 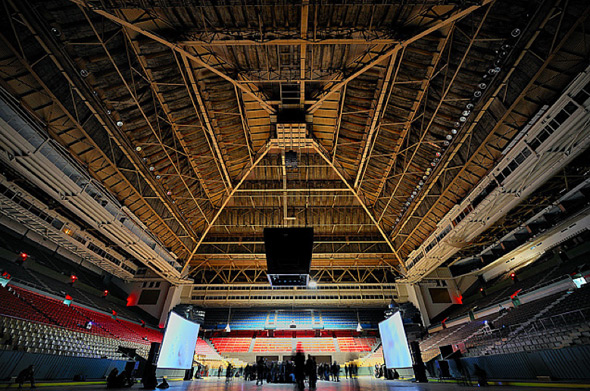 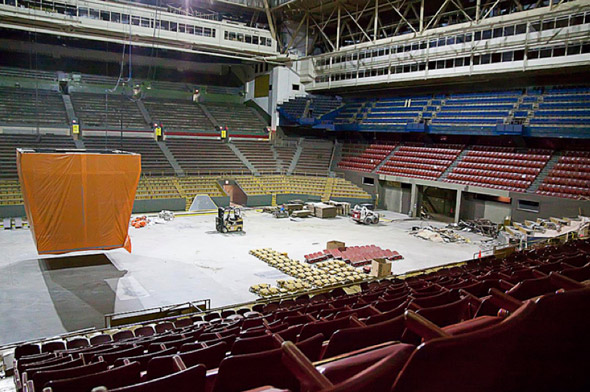 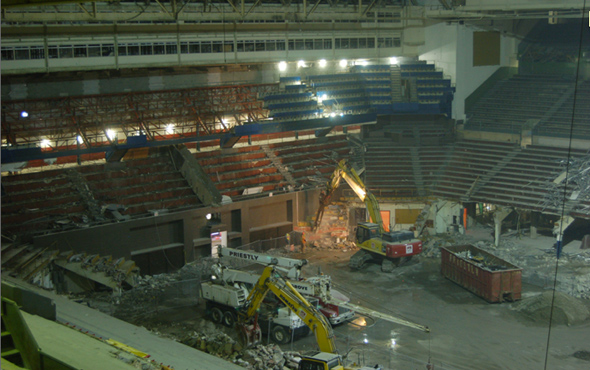 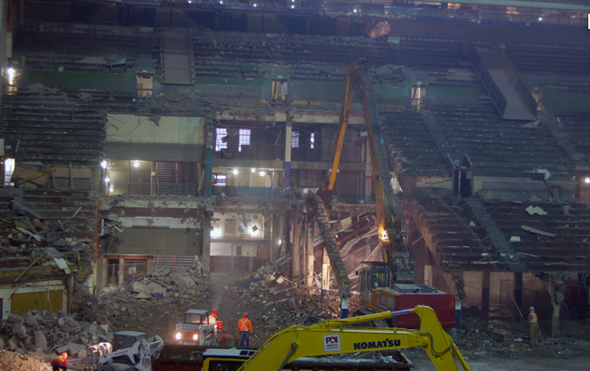 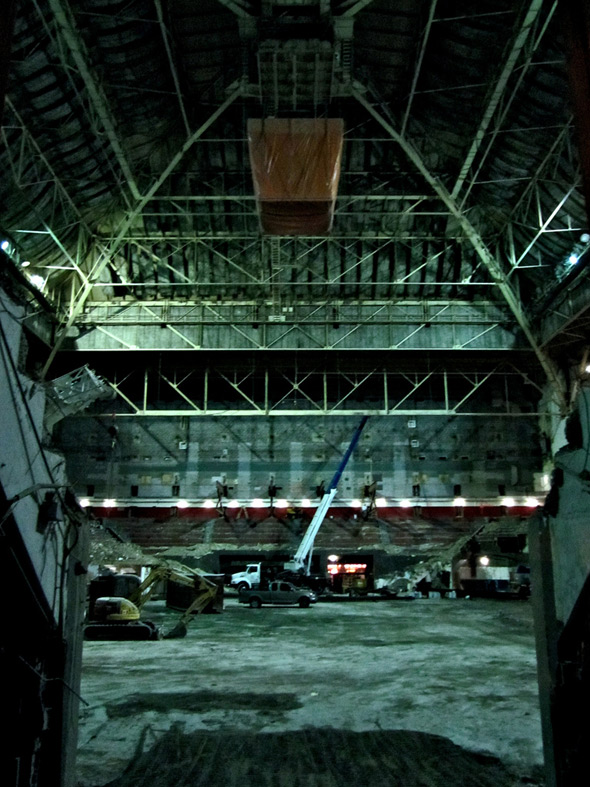 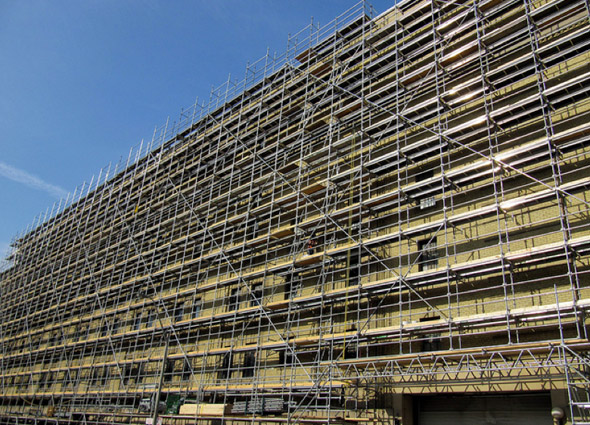 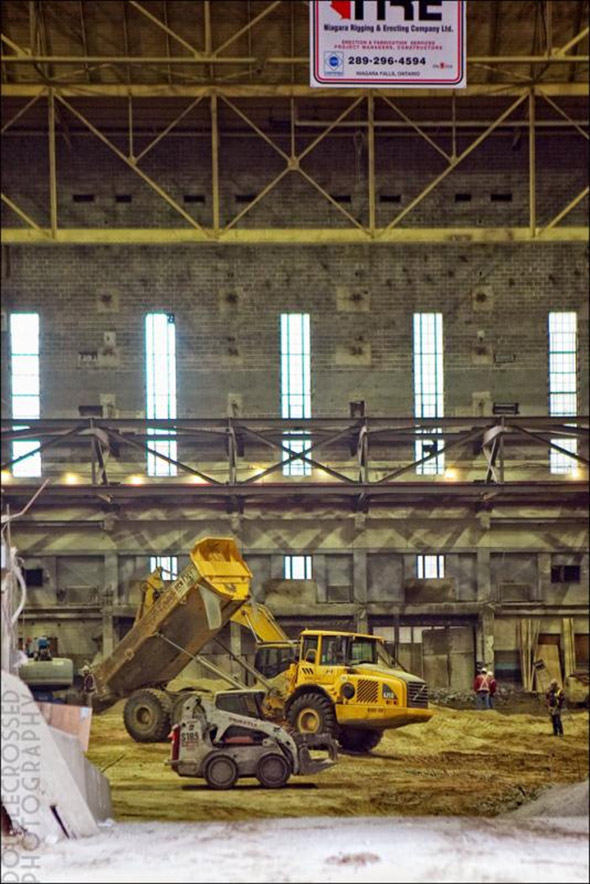 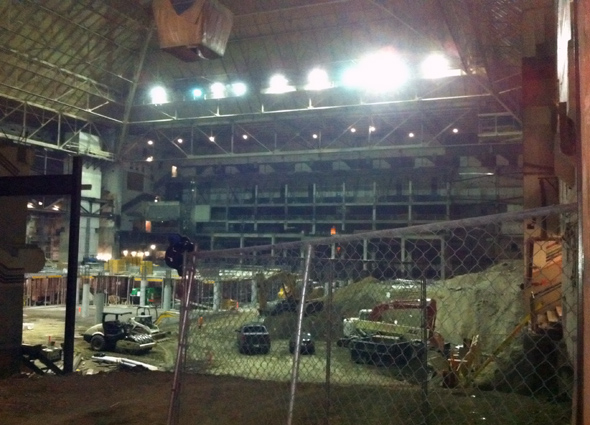