What does the future look like for the Club District?

When CiRCA shut its doors earlier this year, the writing was already on the wall. Just a few years prior, big box nightclubs were ubiquitous along the Richmond street corridor, drawing the equivalent of a small city to the area every week. But a combination of bad press, pressure from city council and competition from burgeoning hot spots like Parkdale and Ossington, forced many of the mega clubs to close their doors, shifting the region once again toward new frontiers.

Historically, the area was a manufacturing district and 126 John Street - CiRCA's home - was no different. The building originally housed John Burns Carriage Manufacturers around the turn of the century, but the introduction of the automobile changed that. Then came Turnbull Elevator Manufacturing, then later on, industrial machinery. By the late eighties the neighbourhood's legacy had already been entrenched, but with the arrival of free trade everything changed.

Councillor Adam Vaughan has been living and working in the area for the better part of 20 years, first as a journalist and now as the neighbourhood's representative at City Hall. He recalls three different avenues that sprung from the demise of the manufacturing base. There was new residential space, new office space and of course, the nightlife.

The first two have always been there to some extent; old Victorian houses line the streets, many converted into offices themselves. It was the nightlife however, fueled by the emerging rave culture and underground party scene, that exploded and at the time, the city reluctantly played along.

"It was an area in transition," Vaughan says. "[The City] decided that they would allow the area to find it's own way and there would be no restrictions on liquor licenses. So the Entertainment District grew out of what effectively at the time, were a lot of speakeasies."

But as the area grew in popularity, corporate culture inevitably caught on, which gave birth to modern clubland and an oversaturation of the area and all the negative side effects - violence, noise, etc. - that go along with it. And while Vaughan has been paramount - and very vocal - in the area's most recent shift away from it's nightlife, he insists he's not anti-fun, or even anti-club.

"You know, I haven't banned dancing," he says. " We probably get an application every four of five weeks, and we're still licensing them. What we're finding is legitimate owners, ones that are interested in making a contribution to the neighbourhood not only get approval...but they tie into this amazing vitality in the neighbourhood as well."

Still, the reality is, it has become a lot more difficult to run a nightclub in clubland than it used to be. The neighbourhood was already in decline when New York club tycoon - and Cornwall, Ont. native - Peter Gatien arrived to open CiRCA. CiRCA should have been the boost needed to catapult Richmond Street back into the limelight and for a time it worked. The 55,000 square foot space received rave reviews, but even that was not enough - and the building is empty once again. 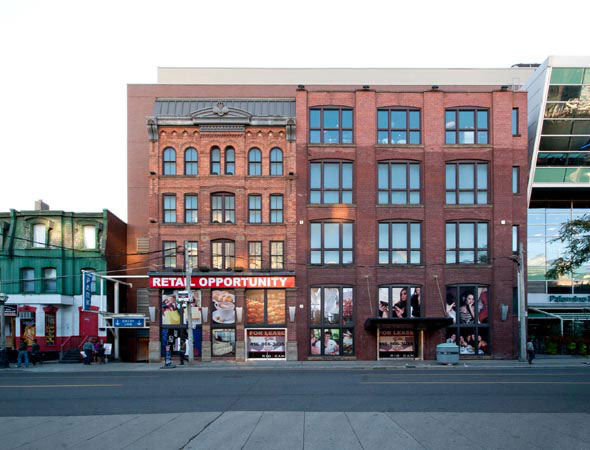 "The Entertainment District is winding down a bit," says Vaughan. "Largely as a result of policing the area, but it can be equally attributed to the fact that when people go out to party they don't want to do it with 6,000 people. Walmart style cultural venues just aren't cool anymore."

So what happens to the neighbourhood when the clubs leave?

Well, there are those condos that keep springing up. But a monoculture of condos isn't much better than a monoculture of clubs, so the buzzword here is "mixed-use." Vaughan's plan involves transforming John Street into a cultural corridor, a "high-tech, digital Kensington Market" he says. The base is already there, the street is within the vicinity of the CBC, the National Film Board, CTV, OCAD, the AGO and most recently - Bell Lightbox.

The plan already has $10 million set aside in city accounts and will run from the Grange all the way down to the waterfront, improving on the streetscape, adding pedestrian plazas and putting a priority on public art.

It all sounds great, but is it realistic? With some of the heavy weights listed above on board it's certainly doable, but who knows? It seems the area is finally growing up though, and at roughly 20 years in, it's seems appropriately timed.