Market street gets a much-needed makeover

A few months ago, I wrote about the revitalization of the St Lawrence North Market. However, further south, Market Street - the street that runs along the west side of the St. Lawrence South Market - is looking a little sad and rundown. This is set to change as a private developer has bought the buildings that line the street and plans to give the area a much-needed jolt of energy. 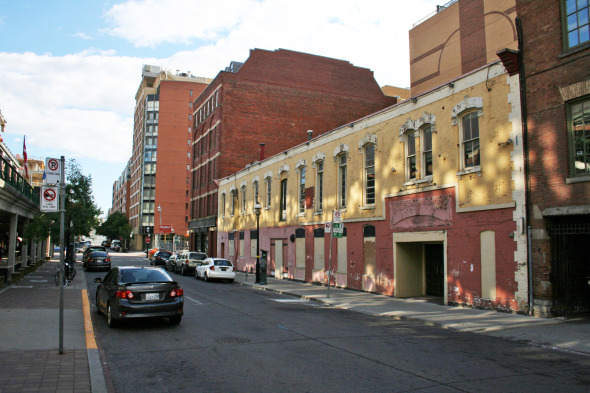 The plans have some strong positives. The LCBO that is currently at 87 Front Street will be expanded into the second floor of 10-12 Market Street (the former home of the Old Fish Market restaurant). The LCBO will be the main anchor tenant after the renovation is completed. Unfortunately, although 10-12 Market Street's facade will be saved, the rest of the building will be demolished and rebuilt. Below the LCBO will be spaces for what is hoped will be several new restaurant tenants. 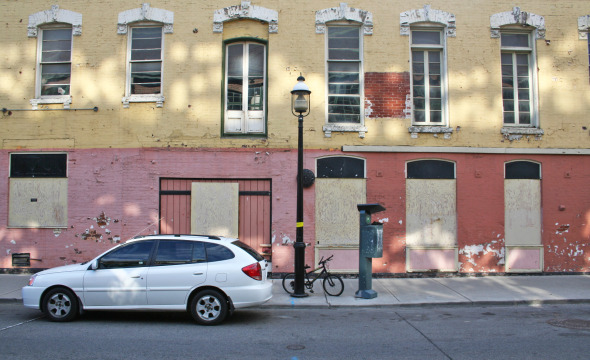 Both the 8 Market Street building and the 87 Front Street buildings will be largely unchanged. But, a new two-storey building will be built at 118 The Esplanade (it is currently a garage). This building is also expected to house a restaurant tenant on its two floors. 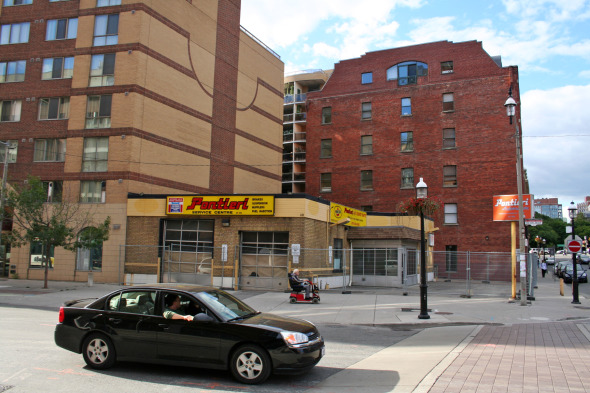 The developer is in preliminary talks with the city to come up with a way to allow for more patio space for the planned restaurants - perhaps by expanding the sidewalks or by making the street pedestrian-only. A more inviting pedestrian space would also help connect the street with the Market Lane park on the north side of Front Street. Reducing the street's lanes or making it pedestrian-only may not be particularly difficult since the street is largely traffic-free already.

The developer, Woodcliffe Properties, has experience in these sorts of "surgical" development operations where new buildings, renovation and restoration are mixed to create a new urban area. They are behind the renovation that produced the Summerhill LCBO, and they are currently renovating and expanding a row of stores immediately to the south of that store.

I spoke to Michael Taylor of 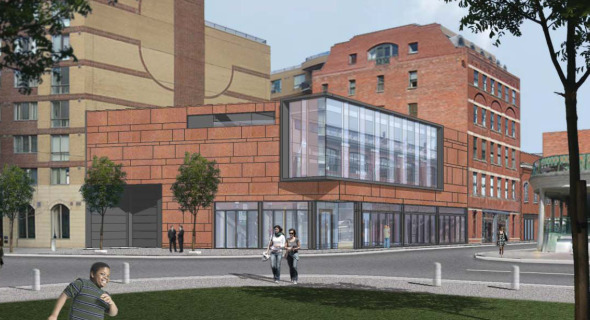 Taylor Smyth architects about the development. Taylor Smyth is the base building architects for the renovation of 10-12 Market Street and the new building on the Esplanade.Taylor described how the new building will be made of red sandstone, which is a nod to the colour scheme of the surrounding buildings. The ground floors of both 10-12 Market and Esplanade will be largely glassed in spaces that can be easily opened in warmer months to create a strong connection between the inside and outside of these buildings. The pillars between the glass doors on the Esplanade building will be crafted out of Algonquin limestone.

The design of the new building is similar to Taylor Smyth's other projects: a sober and elegant neo-modernism. Taylor said that they wanted to make the new building one half of a symbolic gate post (the other being the South Market building itself) for the emerging market district. They purposely didn't mimic the older buildings in the area because to do so would mean that everything good was created a hundred years ago, and that there is "nothing new to add." Instead, their design is meant to make connections with the older buildings without ignoring its own place in design history.

Hoarding has started to go up around the site of the new building, and the developer is in the process of getting their building permits from the city. Construction is planned to be completed by 2011, but nothing can be promised. All in all, the project looks like a promising development for the area, with the sort of care for heritage, encouragement of urban vitality and development of new design that should be encouraged.

What do you think of the plans? Would you do anything differently?