Fire at Bathurst and College

A four alarm fire broke out on College between Bathurst and Spadina last night just before 11 p.m. I had been listening to some kids lighting fireworks when the sirens started, and, vainly, thought that the trucks were headed toward me. But as the off-putting sound continued -- sirens, not fireworks -- I got a little curious.

Torontoist was already on it, tweeting the existence of the blaze with a grainy photo. Watching a re-play of Mad Men, I reluctantly set out with tripod in hand to see what had gone down. 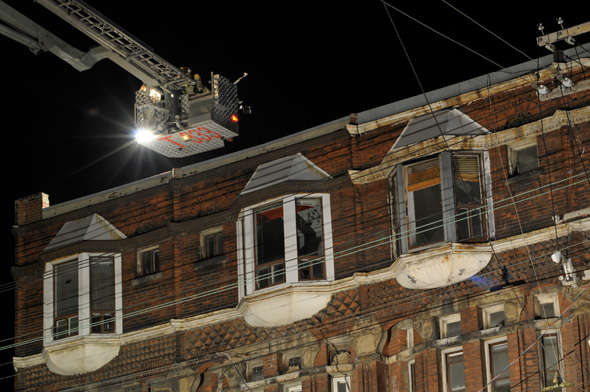 Truth be told, what I found was both comforting and disappointing.

By 1:30 a.m. the fire was well taken care of. College Street was a flood of fire trucks, police cars, and spectators. But the sparks were done. A routine fly ball, I thought -- dangerous to the crowd, but harmless in the eyes of an expert. 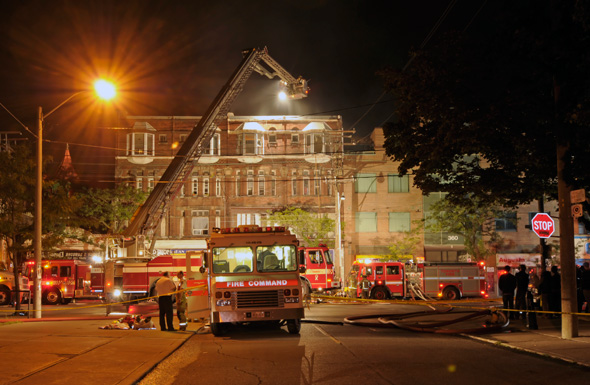 Maybe that was right, but not according to the two firefighters I spoke with. For them, this was a fire that, at one point, risked the whole block. "These houses were built in the 1880s," one explained to me. "It could all just go up."

With a little elation, they surmised that this fire was as good as it gets - initially scary, but ultimately controlled. That's not, of course, altogether comforting if you're Canada Computers, who looked to get the full brunt of the flames. The blaze was localized around 366 College Street, which, given the age of the age of the surrounding buildings, could have run wild.

Still, if the visuals are trustworthy, this could have been much worse.

Calling it a "massive fire" -- though Canada Computers was "the only one damaged by [it]" -- the Toronto Star has more information on the blaze. All told, it looks like it was a six alarm affair, which started in the basement of the building.

More claims of "massiveness" from the Sun.

Torontoist has photos of the aftermath. 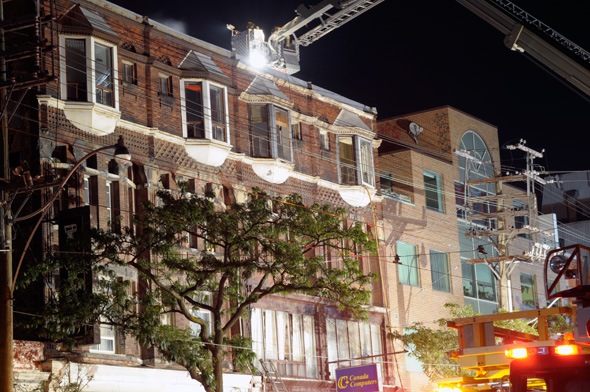 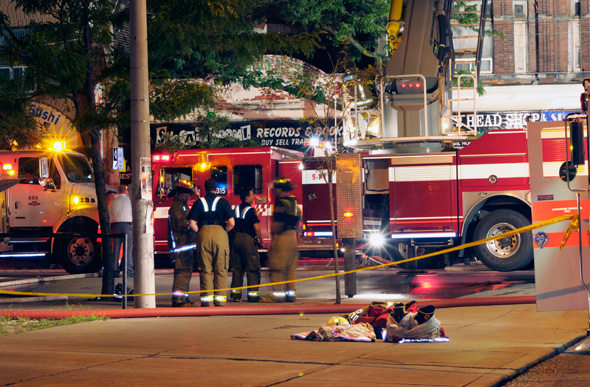 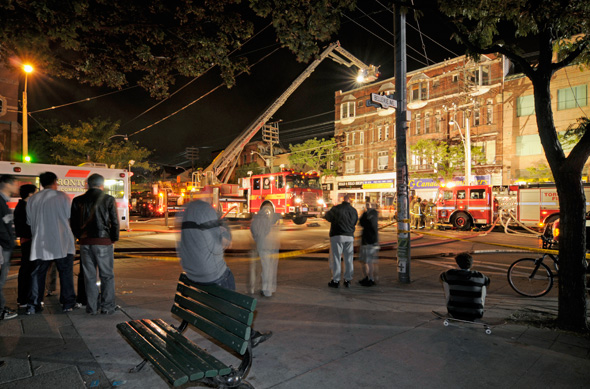