Checking in on Toronto's automated toilet

Not so long ago, we (along with every other Toronto media outlet) covered the opening of Toronto's first automated pay toilet. At the time, I marveled at how clean and futuristic the washroom was. It struck me as this odd combination of the utopic and dystopic; everything worked wonderfully, but it seemed almost too controlled and sanitary for there not to be a hint of the sinister lurking somewhere behind the spotless metal facade.

But, as every restaurant critic knows, you shouldn't review places on their first day. So, given that I was in the area taking photos for another post, I thought I'd make a brief return visit to this toilet of the future.

I didn't exactly know what to expect, but I was pretty sure it wouldn't be as pristine as the first time I popped in. Surely, there would be some paper towel on the floor, a little graffiti on the walls.

This washroom was almost exactly as I left it. Check out the photo evidence below. 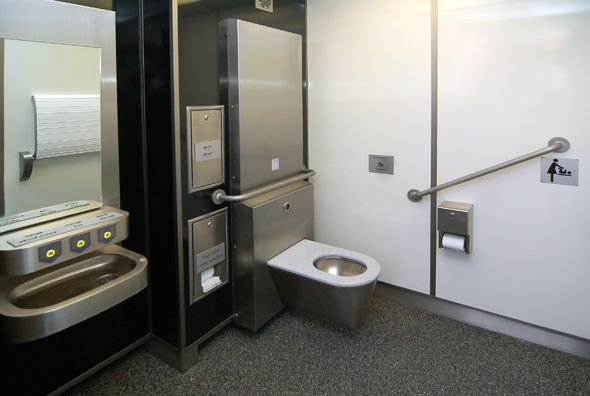 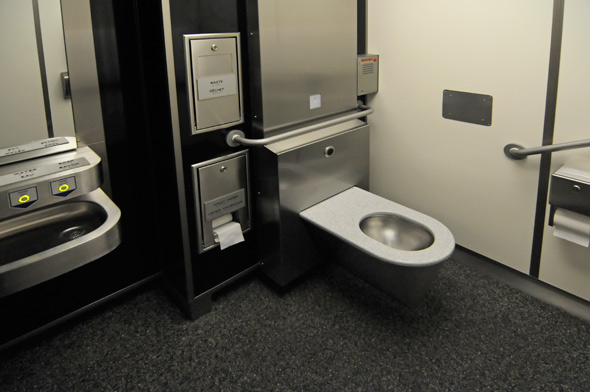 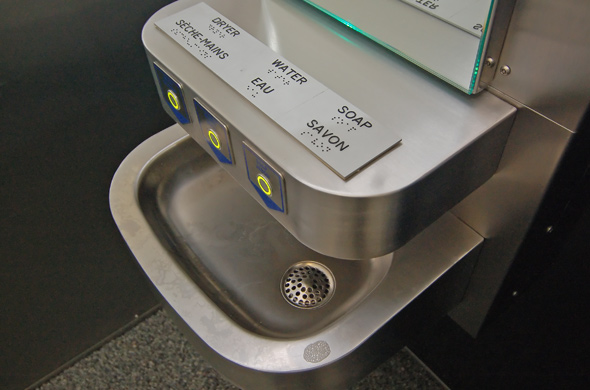 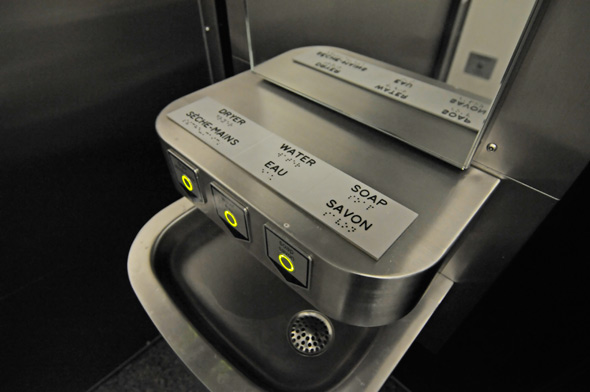 Now, it's true that maintenance staff do periodically clean this unit - still, you can't complain about someone not doing his or her job. It may be $400,000, but so far so good on the cleanliness front.