The city's Official Plan calls for the extension of the city's tree canopy from its current 17% to 30%. One of the major issues limiting the current tree canopy is the difficulty in growing healthy trees along the city's main thoroughfares. Urban trees face several difficulties, but the most intractable issue is the problem of soil compaction. Trees are healthiest when they are planted in uncompacted soil because this allows water, air and nutrients to reach their roots. However, an urban environment requires hard surfaces to support people and vehicles, and hard surfaces naturally compact soil. Silva Cells are a potential solution to this problem.

Silva Cells are rigid frames that support hard surfaces such as asphalt parking lots or sidewalks, but they keep soil loose and provide space for irrigation systems and utilities. They are produced by a company called DeepRoot and were first commercially available in 2007. Although there is not a lot to date on their effectiveness, the makers hope that they help provide trees with a soil environment that largely mimics a natural environment.

This YouTube clip provides some evidence. DeepRoot's Silva Cells were planted two years ago in Vancouver's Olympic Village. Since that time, the trees have seen strong growth, including bud extensions of up to 32 inches. They also look pretty vibrant compared to some of their stunted cousins in Toronto.

The city of Toronto has begun using the Silva Cells in several projects: the Bloor Street Project, and in Waterfront Toronto's Sugar Beach and Sherbourne Common. These projects are serving as pilot projects of the Silva Cells before the city commits to using them on an ongoing basis. The Silva Cells substantially increase the upfront costs of tree planting: for the Bloor Project, they cost $2.5 million. The city staff I spoke to said that integrating their installation into an already complicated planning process that involves working with hydro, water and transportation services is something the city still needs to sort out. 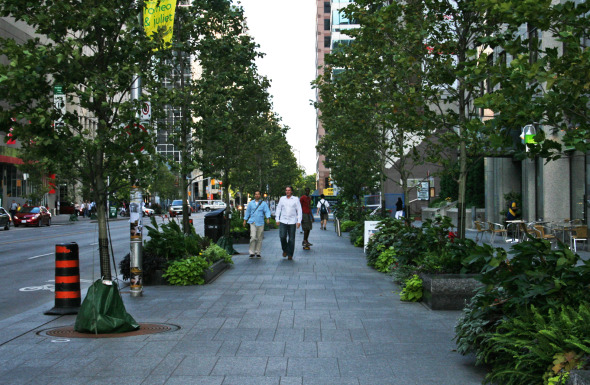 But their benefits extend beyond the simple aesthetics of a tree covered walkway. On the Queensway, the city has installed a test case of the Silva Cells for stormwater treatment. The cells hold a bioretention mix that will help remove some pollutants like heavy metals from stormwater run-off. The cells also retain some of the excess stormwater, which helps prevent it from being washed into the lake. Since the city's beaches can be polluted by stormwater run-off, the Silva Cells have the potential to help improve Lake Ontario's water quality. 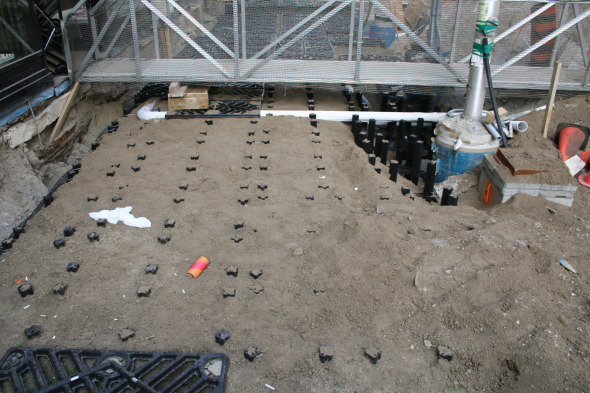 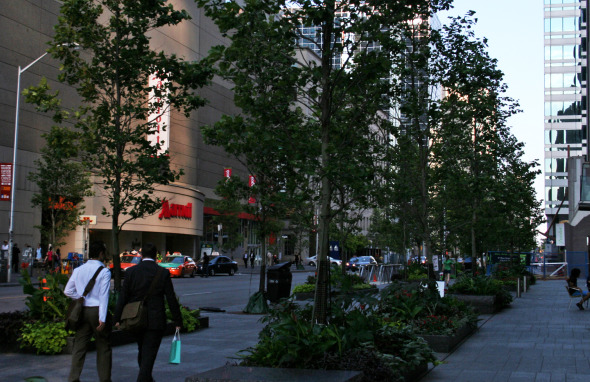 In Toronto, future projects for the Silva Cells will include projects in the West Don Lands: installation of some of the cells on Mill Street should begin in a few weeks. They will also be used along the Viva Next rapid bus route. Although it will take a few years to truly see how effective this system will be in improving the life and vitality of Toronto's urban trees, the early results are promising.