Toronto's soup king to expand to Leslieville, Yonge and Sheppard

As Ravi Kanagarajah unlocks the gate to his Adelaide Street restaurant - RaviSoups - Saturday morning, he warns me to watch out for the pool of vomit guarding the doorway. "This is what happens in the Entertainment District," he says with a smile, his Sri Lankan accent cushioning his consonants.

But despite the occasional mess left by over zealous club kids, Kanagarajah remains pretty blasĂŠ about his noisy neighbours. He's not open nights so for the most part, he's spared the headaches that come with a 3am feeding frenzy. He tried it one Friday shortly after he first opened; it was a lesson he learned very quickly.

"Not much happened in the night, then at 2:30am there was a huge, big crowd," he says. "I got tortured. Those people are crazy, they're kids - they're stupid. I had so much trouble selling wraps and soups, it convinced me - never again."

But Kanagarajah never intended to cater to club kids, and frankly, he doesn't need to. The Adelaide location opened in 2007 and has been consistently slammed by lunchtime professionals ever since. He's already opened a second location on 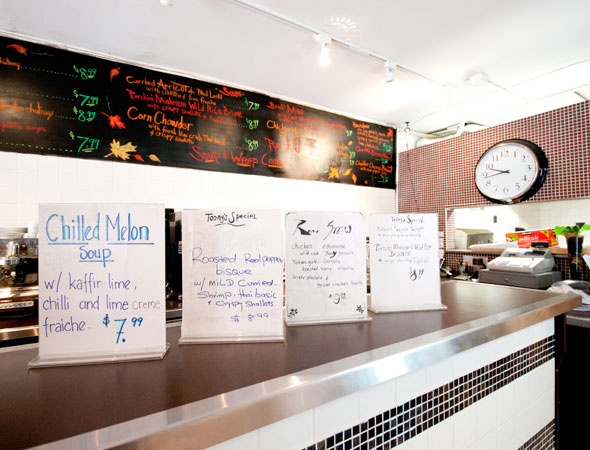 West Queen West near the Drake and has big plans for his future empire.

Kanagarajah has come a long way since he immigrated to Canada nearly 20 years ago. He grew up working in - and then running - his family's restaurant back in Sri Lanka, but arrived to Canada with very little. On the day he arrived he stopped by Mildred Pierce - where his uncle worked as a dishwasher - to pick up keys to his house where Ravi would be staying until he got settled.

When Kanagarajah saw his uncle being swallowed up by the mountain of dishes in front of him, he stuck around to help out. By the end up the day he had a job of his own and the beginnings of his culinary career in Canada. Over the next decade Kanagarajah worked his way up from dishwasher to prep cook to garde manger, all the way up to saucier.

"I became the soup maker for the restaurant," he said. "People started calling me soup king and all that stuff. No one else made soup there except me."

This was where he cut his teeth on the recipes, but he never thought of turning them into his own business until Mildred Pierce owner and executive chef Donna Dooher put the first inklings in his head one New Years Eve.

"I was making shrimp bisque for the night," he explains. "Around noon I finished up the bisque and brought [Donna Dooher] some in a little bowl, just to give her a try. She tasted it and right away her face lit up and she said 'this is Ravi soup!' She was the first one to say Ravi Soup and the moment she said it, it really stuck in my head." 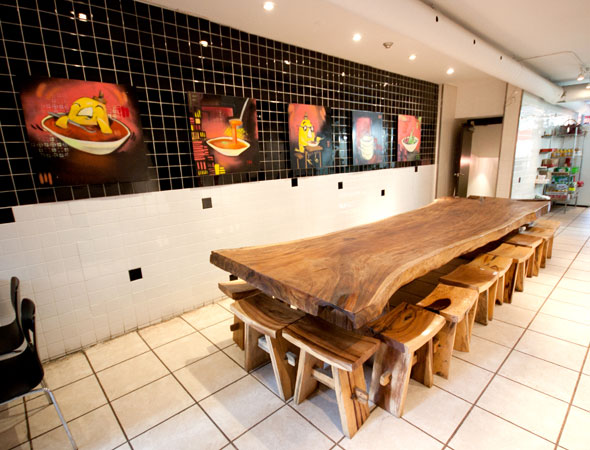 Kanagarajah already has a cookbook in the works and just recently he bought a second table made of a single 14ft. by 4ft. piece of Indonesian Suar wood. The first is the centerpiece of his Adelaide Street dining room; the next will serve the same purpose in Leslieville. Of course, that Leslieville location doesn't exist yet, but the need to store a 2,300-pound piece wood has given just enough pressure to get the ball rolling.

By the end of next year he plans to have a fourth location at Yonge and Sheppard as well, along with a different, full service restaurant featuring what he promises to be a unique menu of Indian cuisine.

It's an ambitious plan for sure, but one he intends to do without the help of investors or franchising. Above all it's a family operation and Kanagarajah wants to keep it that way - lucky for him, he's got an enormous family.

With 25 first cousins in Canada - all cooks, 21 of which are spread out across the GTA, Kanagarajah has a pretty broad talent pool to draw from. By the time he's done, he'd like to employ all of them. His plans include a location in London, England and New York City in the next few years as well as a total of ten locations across the GTA.

"It's going to be one big family operation," he says. "I want to grow big, bit without being too commercial. It will always keep the same attitude."

He's already got four cousins operating the Adelaide location, his brother running the Queen West spot and now as his nephews are getting older they're becoming involved too. With the size of his growing family, perhaps his plans aren't ambitious enough. 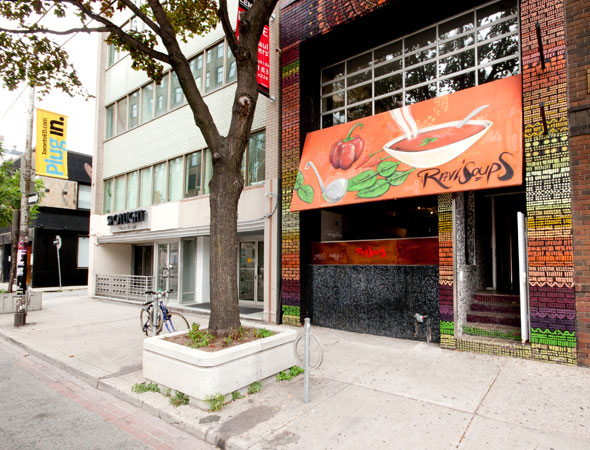