Two years ago, I took an English course at U of T about Victorian literature. One of the texts that the professor assigned was Oscar Wilde's The Picture of Dorian Gray. I really enjoyed that course and it partly stemmed from the fact that the lectures were held three times a week at University College, a Gothic Revival building that seemed like an appropriate setting to discuss Victorian authors.

It wasn't until a year later that I learned that Wilde visited the building during his tour of Canada in May of 1882. As a coincidence, during the annual book sale held at University College, I came across Kevin O'Brien's Oscar Wilde in Canada: An Apostle for the Arts. 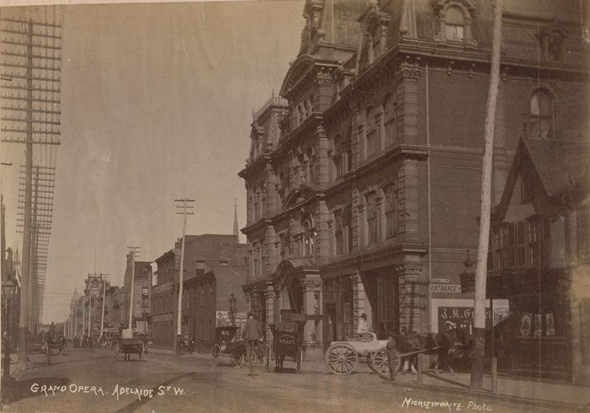 Wilde, at that time a self-styled professor of Aesthetics, had yet to be recognized as the talented author he later came to be (by 1882, he only published a small book of poetry). He was, however, already famous for his flamboyance and wit. When he appeared before the Toronto audience on the evening of May 25 at the Grand Opera House, he gave his lecture dressed entirely in black, wearing a velvet coat, black knee breaches, and silk stockings. He warned the audience, among other things, that "It is better to live without art than to live with bad art." Wilde gave another lecture two days later, at the Great Pavilion that stood in Allan Gardens until 1902. 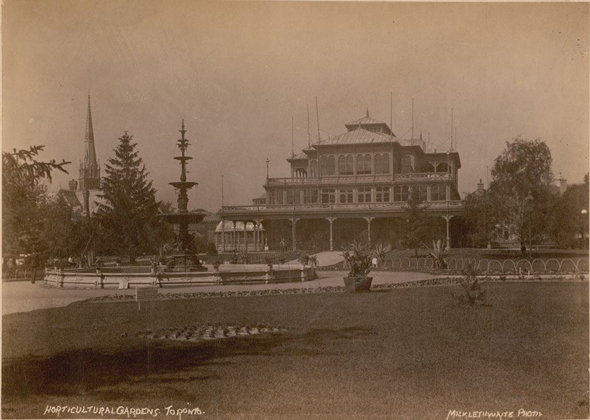 For the city, whose inhabitants still regarded themselves as colonials and thus closely connected to the British Empire, Wilde's visit must have been quite the event. During his time in Toronto, he stayed at the Queen's Hotel, one of the city's most prestigious, where the Royal York Hotel would eventually be built in 1929. 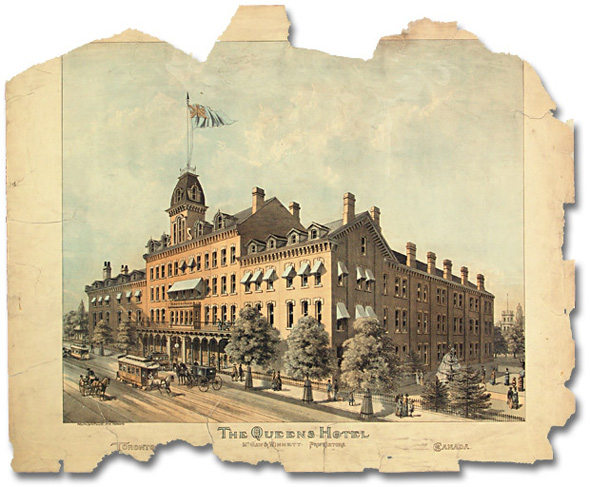 Wilde's thoughts on the establishment were never recorded, but it is interesting that he called Toronto a "bright little town," despite the myriad of dirt roads and buggies. On his tour of the city, he came across a place that was yearning for respectability, visible in several landmarks erected in the nineteenth century, such as the St. James Cathedral, Queen's Park, and the first City Hall, among many others. 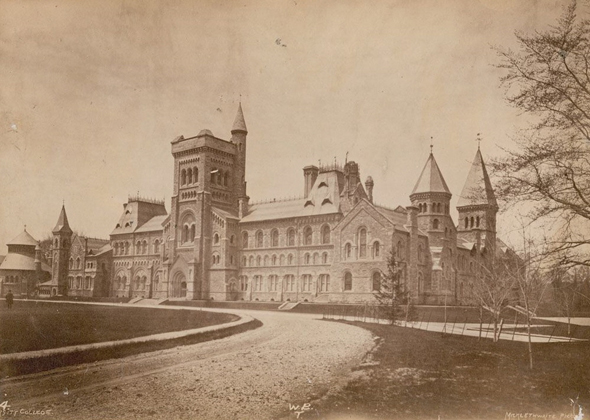 However, Wilde was quite impressed by one building in particular - none other than University College - as he revealed in an interview in Saint John, New Brunswick five months later. But he wasn't full of praise, as he despised the ubiquitous painted advertisements on the walls of building, which he condemned in his lecture. 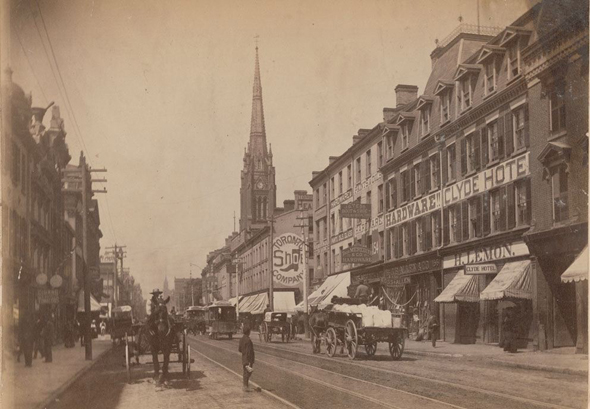 Wilde's visit is remembered not only because of what he wore during his lectures given on Toronto's stages, but also for the amiable manner in which he conducted himself and which was no doubt returned to him in kind. Even those members of the audience who merely came to see him and were uninterested in his ideas on Aestheticism, felt that Wilde was "not such a fool as he looks." 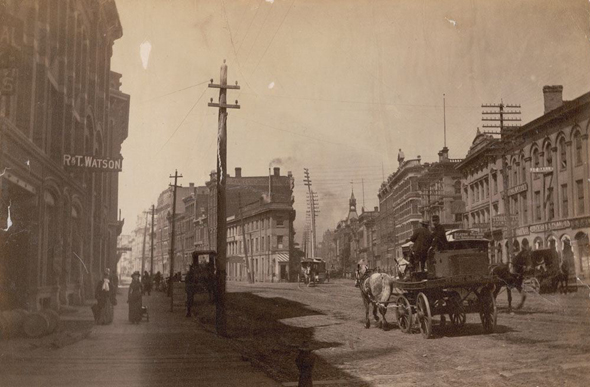 Images from the Wikipedia Commons, the Toronto Archives and the Ontario Archives.