10 things to do in Toronto before the summer ends

As the temperature dropped to 10 C last night, I experienced the unhappy but annual realization that summer is quickly coming to a close. Not only is it difficult to avoid the phrase "back to school," but with this hint of the cool weather ahead, I can't help but feel some pressure to get outside and enjoy the warm weather that remains.

And although the truly cold stuff is still a ways off, highs above 25 C will soon be a thing of the past. So, by way of a send off, here are 10 things to do around Toronto that just aren't quite the same post-Labour Day.

Get a tan without the tan lines at Hanlan's Point
Yes, Toronto has had a nude beach for quite some time. And though it's mostly populated by men, women (and even rather progressive families) do occasionally make an appearance. And, really, what better way to ensure that you never forget this summer than by strutting your stuff for the regulars on the point. Not feeling so brave (or frisky)? Well, a trip to the Island sans Hanlan's would still be a most wonderful way to spend a summer day.

Ride your bike!
I know, I know, there's no need to stop riding in September, but I mean dedicated, bike-path exploring, recreational riding rather than the daily commute. It's such a simple pleasure to explore the Lower Don, the Martin Goodman trail around Cheery Beach and Tommy Thompson Park that it's worth a day devoted to it. 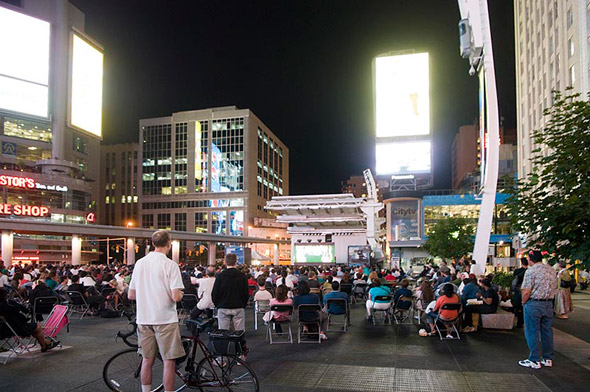 Catch an outdoor film screening
A decidedly summer activity -- even in September the nights can get uncomfortably cold -- the choice of outdoor screening options have steadily increased in Toronto. And, though it's late in the season, there are still screenings to be seen at Yonge-Dundas and Metro squares in late August. Open Roof Films is also showing their last film of the season tonight (check out our Twitter feed for a ticket giveaway). 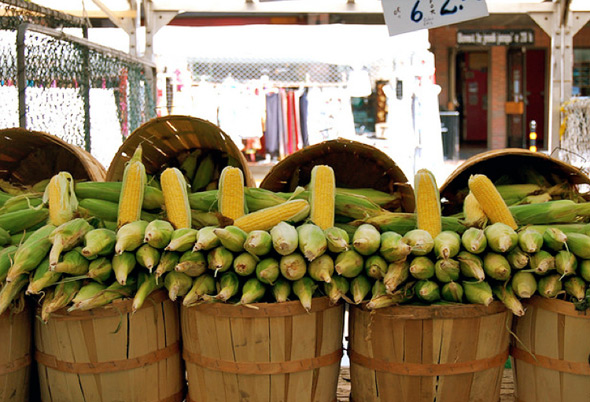 Buy local produce from a farmer's market
Another one that can technically be done throughout the fall (depending on what it is you're eating), there's nothing quite like buying locally grown corn and chowing down on it during a warm summer evening. Similarly, biting into a tomato that's ripe enough to remind you that you're eating a piece of fruit rather than a vegetable is great reminder of the growing season that's just passed.

Have a pint on a patio
This one requires no additional description, does it? While Torontonians are known to extend patio season from April to early October, for fair weather patio-goers, the season is nearing its end. 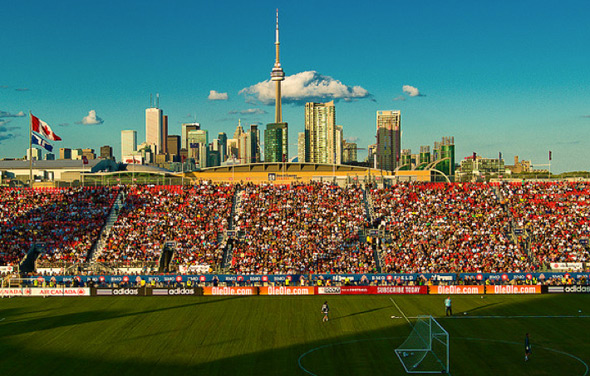 Take in a TFC game
Featuring some of the best fans in the city, the experience of taking in a game at BMO Field has received rave reviews for quite some time. And though the team is hovering at about .500, that's all the more reason to get out there and support them. Don't like soccer (excuse me, football)? There's always the Jays...

Head to the CNE
This one's a no-brainer. Few things capture late summer in Toronto as well as a trip to the Ex. Even though there's some pretty corny stuff featured this year, a visit to the food building and the midway should be enough to satisfy that nostalgic fix. And while you're in the area, a visit to the soon-to-be-revitalized Ontario Place might be in order. Super Slide anyone?

Eat ice cream
The more wholesome sibling of the patio pint, for me, ice cream is best enjoyed when it's hot enough outside that it just might melt all over your hands. 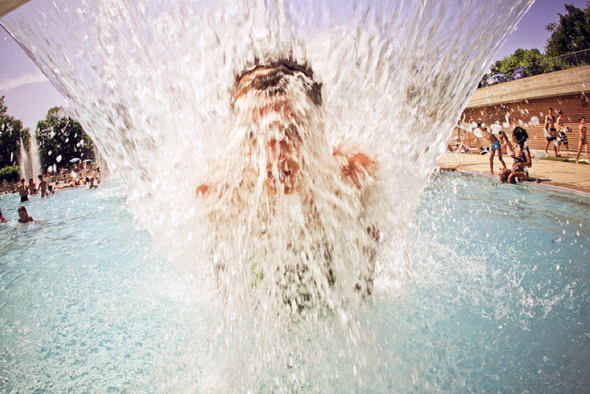 Go for a swim
Not only are Toronto's beaches far cleaner than is commonly thought, but the city's outdoor pools are all open until Labour Day. And nothing says urban summer like splashing around in mildly polluted or chlorine-saturated water!

Run for mayor!
With September 10 the last day to submit nominations for the mayoral race, there's still time to throw a campaign together. Who knows? Based on the lackluster performance out of the current crop of candidates, you just might win. Seriously.

Have more ideas about what to do before the summer ends? Please share them in the comments section.