The last days of a Club District psychic

The main floor of 118 Peter Street, just south of Richmond, is adorned with an array of elegant clutter. Candles, incense and amulets sit on tables with graceful drapery over widows. This is the studio of psychic Mina, a seer with 28 years experience and a long family history of clairvoyance.

She's been located on Peter Street since 1994 and called the place home until about three years ago. When she arrived it was a fairly quiet side street in the funky fashion district of Queen West.

"When I first moved down here it was the fashion district, not the entertainment district," she said. "There was maybe one or two clubs, lots of business people, it was - it was heaven."

She shared the street with a community of people with whom she knew and cared about, her building - 118 Peter - held five apartments. Today those apartments are all vacant, the community is gone and the building has been sold.

"It just changed so drastically so quickly," she said. "My clientele back then was a lot of office people, a lot of artistic people, fashion designers, actors, models, all kinds of different people. But around 2000, it just all went down; the neighbourhood just went down."

Over the course of the next couple years the few nightclubs that the area supported ballooned to dozens. All of a sudden - from 9:00 p.m. on, Monday to Sunday - the streets of her bohemian neighbourhood were transformed into a twisted playground for out-of-towners.

"They don't care, they just don't care [about the neighbourhood]," Mina said. "They're not from here."

It began with the noise, then violence in the area, and soon even her privacy was being jeopardized. Night after night she would be woken up to the sound of people on her front porch, or two over zealous lovers in the back in search of a little seclusion; she's heard gunshots and stumbled onto crime scenes.

Over the years the restaurants have followed the former residents to new areas and in their place a cottage industry based on the Clubland crowds has taken their place. Rather than restaurants, today there is late night take out and if there is one thing that can be said for the nightclubs, they've drastically improved the state of take out - both for the daytime suits as well as the club kids. 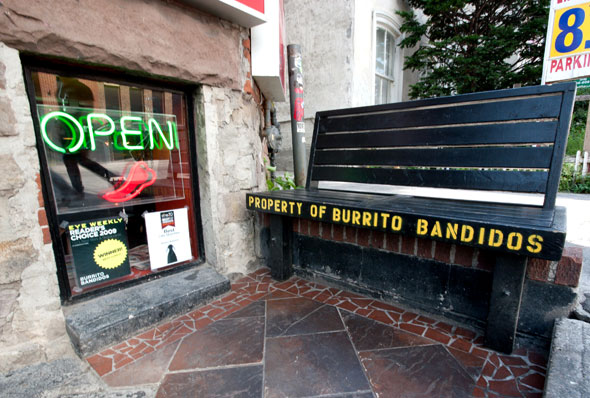 One of the first to raise the stakes in late night eats is Mina's neighbour at 120 Peter, Burrito Boyz (now Burrito Bandidos). It was one night seven years ago that Ian Angus stumbled out onto the Richmond corridor after a night out in the neighbourhood and had his epiphany. Sick of hot dogs and pizza, preservatives and fried fats, Angus wanted something - fresh.

With years in fine dining kitchens on his resume, his refined pallet needed a mixture of some fresh ingredients and something hearty and satisfying.

When Burrito Boyz opened it was an instant hit, popular with they day crowd as well as the nightlife, hosting lineups of weekend warriors until 4a.m., which of course, creates issues unto itself.

"It's hard to believe people would actually fight about who was in line first to get a burrito," Angus said. "But it does happen occasionally. Five minutes can feel like hours to someone who's been drinking all night. It can get pretty crowded in there and people get crammed in like sardines, one thing leads to another and we've had a few minor scuffles break." 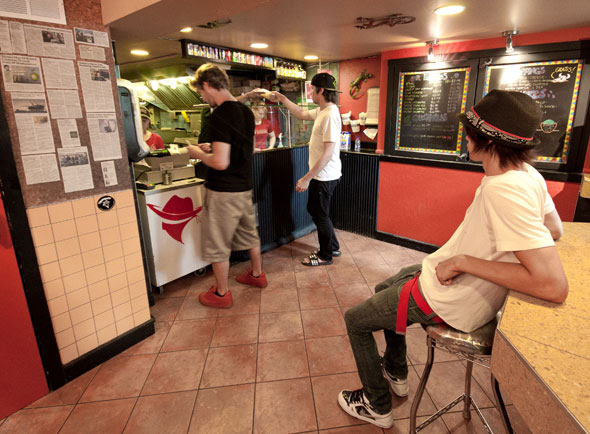 Even in such an environment though, Angus has never required added security.

"Most people are pretty calm and it seems like the crowd controls themselves," he said. "If someone gets really out of line then five of six of them will pipe up and get things under control--the voices of many seem to calm the guy down who is causing all the trouble."

But the trouble extends beyond the walls of Burrito Bandidos. Without seating in the restaurant, the same crowd funneling out of the clubs at 3 a.m. ends up scarring the streets - not to mention Mina's porch next door - with Burrito sauce, paper wrappers and profanity at 4 a.m.

"Those people next door, Burrito [Bandidos], I don't like them," Mina says.

Mina's biggest issue with the influx of new business, club and otherwise, is that they're not part of the neighbourhood. The community that she enjoyed so much when she first arrived has gone and in its place are a new generation whom she feels lacks a respect for the area.

But Angus has built a new community, one that involves the daytime crowd and the nightlife, a fine line that few have been able to manage. In fact, for him the biggest change in his seven years on Peter Street is the increased competition.

"There's lots more restaurants around now, that's been the biggest thing I've noticed," Angus said. "But it's friendly competition, there's plenty of business to go around." 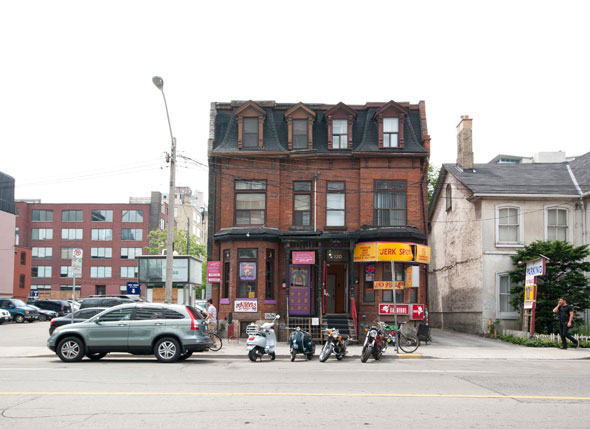 For Mina, her days are becoming numbered. The building was sold a couple of years ago to a property management company, she feels it's just a matter of time before she's given her walking papers. But she's made her peace with the area; she lives just down the street now on Adelaide.

"I feel like I'm the last thing that's kind of just standing here, but I do have another location around the corner, I found another place, it's not so bad - I can sleep."