122-124 Peter Street has been vacant for over a year now. Outside the cracking grey building with white trim is a yard of overgrown weeds and a "for sale" sign.

Donald Woods has owned the house his entire life. In fact, Woods is the third generation in his family to take possession of the building, but this isn't the story of some greedy offspring seeing dollar signs in his inheritance. Woods is not a young man and he's held onto that property for quite a long time, but his years of running the building as a rooming house are behind him. The place has become more work than his deteriorating health can handle and as a result, for the first time since the late 1800's, one of the few houses left on Peter is looking for new owners.

It's another sign of change in the area, but this time the change isn't about noise or club kids or sky-high rent. It's simply a case of moving on. 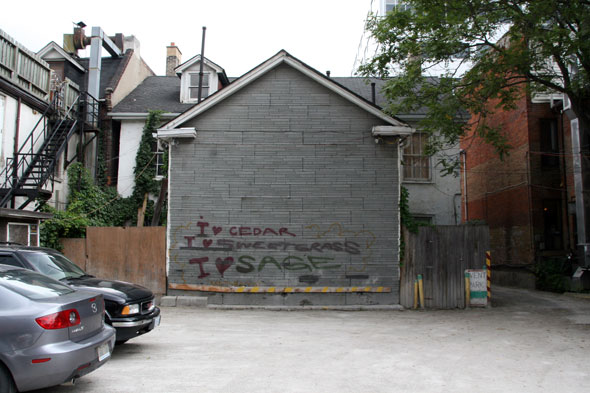 Of course, the Woods' weren't the first family in the building. 122-124 Peter Street was built in 1871, a year that saw the birth of Emily Carr as well as the adoption of British Columbia into Confederation. France surrendered to Germany, ending the Franco-Prussian War and as a result, a young war correspondent for the Irish Times immigrated to Canada. Upon arriving in Toronto Nicholas Flood Davin moved into 122 Peter Street and began writing for the Globe (later to become the Globe & Mail).

While in Toronto Davin was commissioned by then Prime Minister, John A. MacDonald to write the Davin Report - or as it was known at the time: the Report on Industrial Schools for Indians and Half-Breeds. This document outlined the need for residential schools in Canada, an act that devastated native families and still hangs today as one of the darkest elements in Canadian history.

To be fair, Nicholas Flood Davin did not invent residential schools, but his report did bring public funding and support from the government. From the 1890's all the way up to - shockingly - the 1970's native children were forcibly removed from their families and made to live at these "schools" where they were sexually and physically assaulted and systematically forbidden from speaking indigenous languages or practicing indigenous faiths. It has been widely reported that the schools were plagued with poor sanitation and as a result tuberculosis was rampant and mortality rates were disastrously high.

Now, it's unfair to place such horrors specifically on the shoulders of Davin alone. After all, residential schools had been around since the 1840's, but his report remains a cornerstone of legitimizing them at the time. Fortunately for Davin, he went on to much nobler accomplishments later on in his career. He found his true calling when he moved west in 1882, started a newspaper - the Regina Leader - and entered politics holding a seat as a Conservative MP. 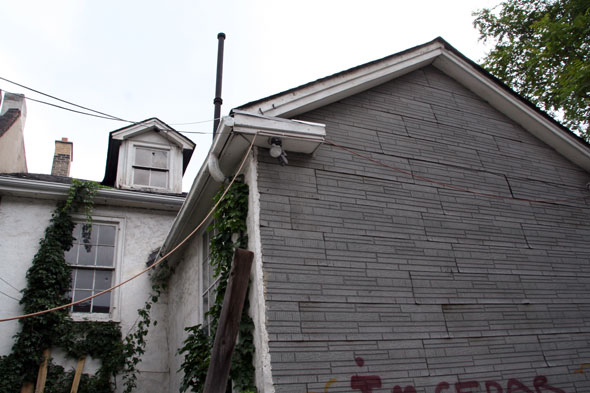 It was right around that time of Davin's move west that Woods' grandfather - William Mackenzie - first bought the property; thus ushering in 120 years of possession. Woods himself lives elsewhere, renting the building out, but for the past year it has sat vacant and for sale - that is until recently. 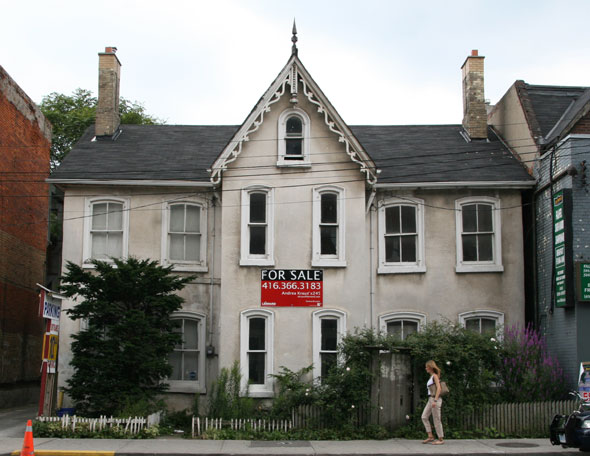 Andrea Kraus, vice president of Lennard Commercial Realty - the agency representing the building, says the house has been sold. But it won't be families moving in, or even businesses. It's no surprise of course that the land is worth far more than the building sitting on it and as a result Woods' family legacy doesn't stand much of a chance. Prime real estate a block south of Queen West is hard to come by, so once the new owners take possession 122-124 Peter Street will most likely be very quickly reduced to rubble.