Is the World Cup all that different from the G20?

Most of the hype over the G8/G20 has simmered down (though the fallout from the weekend is far from over. Remember that hundreds are still facing delays and denial of due process from the arrests made over the weekend). And the FIFA World Cup of Soccer is coming to a close with the quarterfinals underway. It cannot be denied, however, that these two events have attracted immense media attention Toronto and worldwide. Which event have you preferred? Yes, of course, the World Cup -- but these two juggernauts are more similar than one might think.

1. To paraphrase Umberto Eco (thanks Heather Emmens for the quote) both the G20 and World Cup are grossly expensive sporting events that distract from and substitute for politics.

2. Both are corporately sponsored (one explicitly and the other implicitly) and have hierarchical organizations. Those at the top receive the most, while workers and organizers are underpaid. Moreover, both exploit the poor.

3. By and large, the richest (European) countries are the heaviest hitters.

4. Both stop traffic and disrupt daily commutes. Which do you prefer? Toronto Police state or ethnic locale celebration? 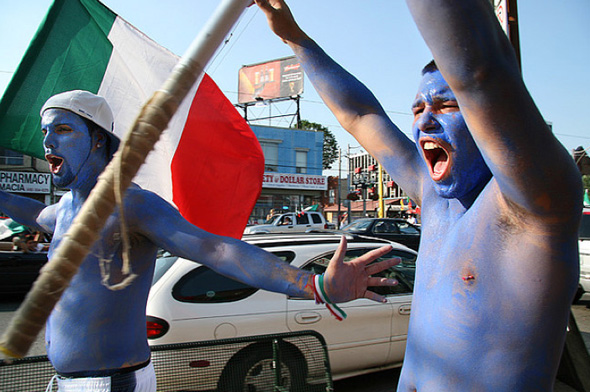 5. Both ultimately do very little to improve the local economy. Indeed both often send host countries/cities into debt.

7. Both take place on native land and/or displace the poor.

8. Players/politicians from developing countries often have to work for/in European countries in order to make money or gain cultural capital

9. Noisemakers (protesters and vuvuzela blowers alike) are characterized as deviant and troublemakers. Oh, sorry, were we all supposed to be quiet, white, and polite?

10. Both are patriarchal. The majority of the world leaders are male, and women's soccer (or any women's sport for that matter) has yet to get the same level of global attention.

11. WAGs are almost always celebrated not for their achievements or community service, but for their hot bodies and their fashion senses (or lacks thereof).

12. Theatrical performance is inherent to both: diving and double-talk, take your pick. 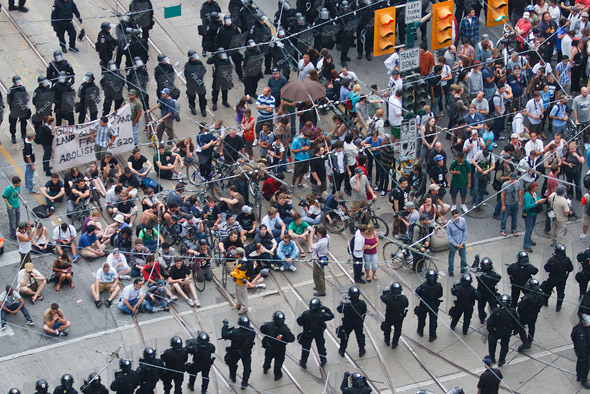 Why the World Cup is better:

1. Developing countries stand a chance in the World Cup -- indeed, they are included to begin with.

2. The World Cup provides pleasure and reasons to celebrate for both participants and spectators.

3. Media are invited to the main events and nearly everyone in the world has access to them in some form or another. The G20, by contrast, takes place in seclusion, near fake lakes and behind steel fences. We learn of the outcomes only after the fact, if at all.

4. Homosocial bonding. Polite handshakes and salutes have nothing on kit-exchange, dancing, kissing, and shirtless joyful celebration.

6. At least some of the deviants are punished through yellow and red cards. Can we please give Harper a red card? 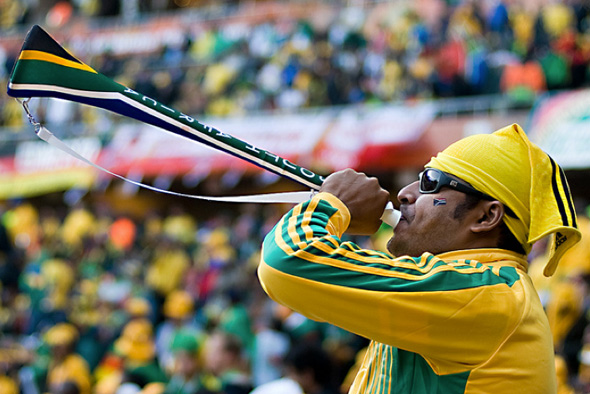