Caribana 2010, Toronto's biggest street party of the year, is set to bring intense costumes, intense floats (which are outfitted with intense speaker systems) and intense heat. There's usually some pretty intense dancing, too. With over one million people expected to participate in this year's overly bright international festival, Lakeshore is primed to be shut down once again for the party.

With the sure-to-be-intense parade a week out, I caught up with Stephen Weir, one of Caribana's organizers for the past decade, to chat about what to expect from this year's fete. Because there's more than just a parade, you know (although the parade is of course the pinnacle. It's also a "two-week cultural explosion." Here are some of the key events of the 43rd rendition of Caribana to keep an eye on.

From the Soul Art Exhibition: July 23 - Aug. 13
Running at the ROM, this art event showcases the works of some 100 Africa-Canadian artists. With a theme of "From the Soul," the collection is to be emotionally powerful experience from a large swath of art mediums and visual artists. "It shows the visual art side of Caribana," explains Weir. "And it's huge." 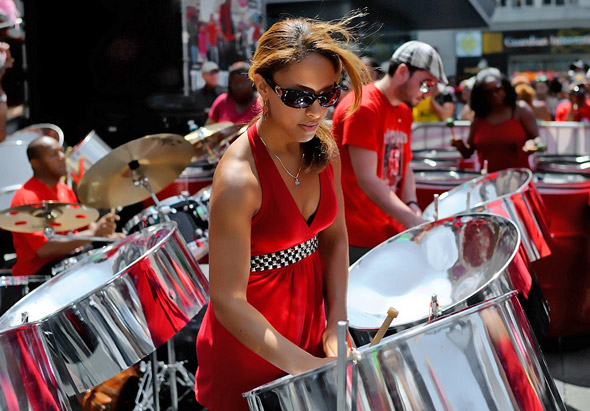 "Kaiso 365" Calypso: July 24
For those that don't know, calypso is a style of music native to Afro-Caribbean culture. As Weir explains, calypso is the grandfather of reggae. "It's a type of music in which the lyrics are important. It's supposed to be funny, sarcastic and inviting." The Kaiso 365 is a competition of some of the top calypso performers that culminates with a crowned winner. The best person in Canada of calypso will be crowned and will then appear in a number of events throughout the week leading up to the parade.

King & Queen Show: July 29
One of the key events of Caribana, this fanciful showdown has each band choosing a king and queen. Donning huge elegant costumes that make them look like giant birds, the kings and queens will battle it out in a flashy event of costumes and dance. "These are the big costumes that go 30 feet in the air and are so big they call them floats." A woman and a man - the queen and king - must then be able to navigate the mammoth costume. "It's huge for us."

Pan Alive: July 30
Steel drumming is a big deal when it comes to Caribbean culture. Steelpan is a type of drumming that originated in Trinidad and Tobago and has a long history behind it. Always a staple at Caribana is the Pan Alive where steel drummers will perform in front of a panel of judges. This year they have about 14 bands of performers. "It's an acquired taste, but the performers are always looking to be flashier than the last band." And although it's quite noisy, as Weir explains, during the week you will have something called a "pan alleys." You will need to find the secret locations of these drumming events, in places like industrial buildings. "It's sort of like a rave where you need to know where the secret location is," says Weir. The winners of the steel drumming, like the kings and queens, will be honoured at Saturday's parade. 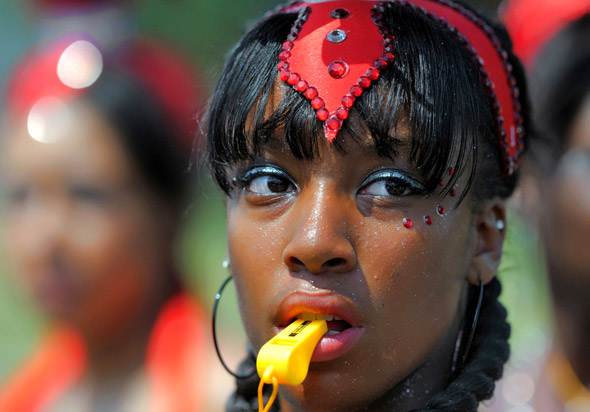 Caribana Parade: July 31
And the hallmark of Caribana: the parade. Something that needs little introduction, this showcase event will see swarms of festival-goers hit the streets of Lakeshore at Exhibition Place. The parade starts at 10 a.m. and will run until 6 p.m. In excess of 20,000 people in the parade route proper, more than one million viewers are expected to join the party. "Right beside the people in costume are sound trucks. These are amplifiers on wheels and you don't want to even get close, because you're ear well be blown off," Weir notes. The parade is, of course, followed by an after party of epic proportions. This year's after party is titled, "Temperature 'De Festival'" and will be held at the Lamport Stadium following Caribana's big day.