Supporters of Israel were on the other side of the street, and though police kept them apart, tension was high. 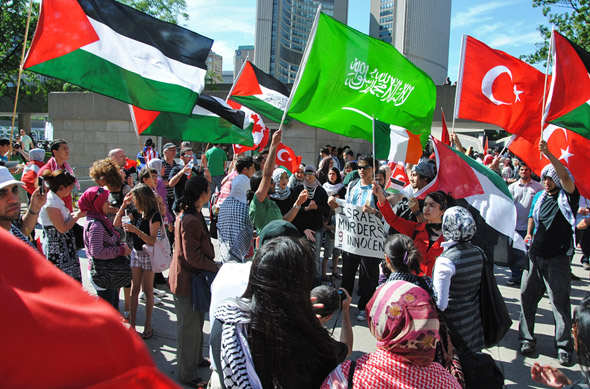 The protest was over Israel's Monday raid on a Flotilla packed with aid. It was heading towards Gaza and was in breach of an Israeli blockade, which prompted the assault. The incident left nine people dead. 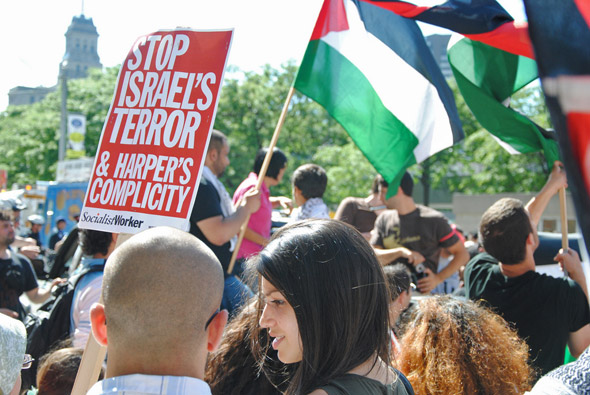 After a couple of hours on Bloor, the pro-Palestinian crowd made its way down University Avenue and regrouped on College. They later headed down Yonge, forcing police officers to shut down large sections of the street as they marched. 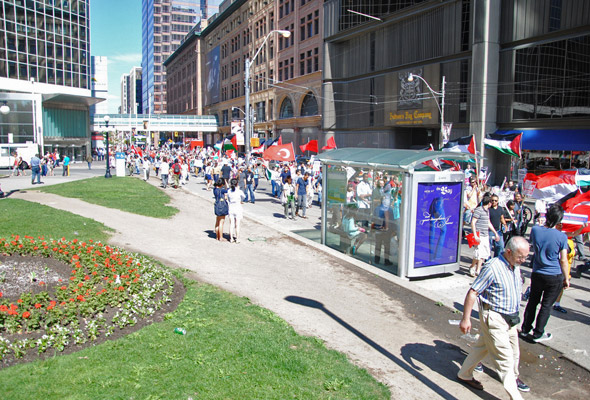 The protest then continued along Queen Street, stopping outside City Hall, at which point the crowd started to fizzle out. 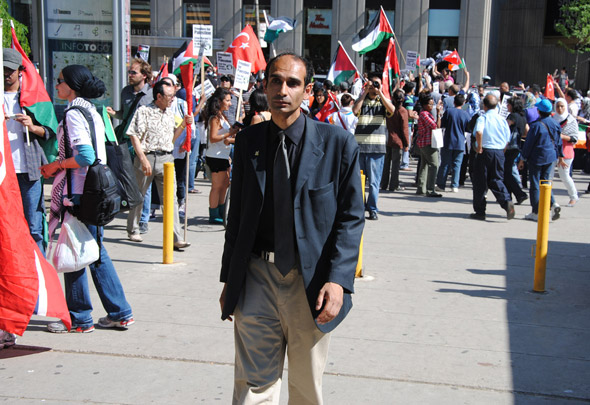 Among the protestors was mayoral candidate Himy Syed. "I'm marching with Torontonians...who believe that Canada must return to its traditional position of being an honest broker," he explained. 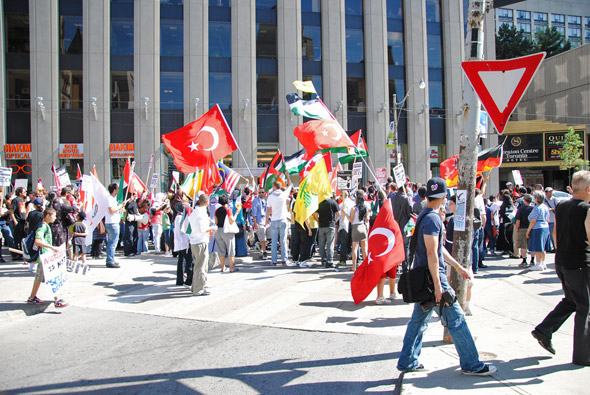 "None of the other mayoral candidates, to my knowledge, marched here. But they did march at [the Walk for Israel] event," he said. He also expressed unhappiness that Queers Against Israeli Apartheid were banned from the 2010 Pride parade.

"Until we ban censorship, I'm not sure I can march in the Pride parade," he added. 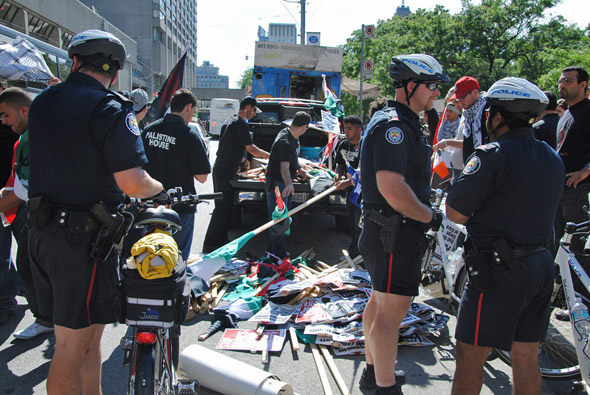 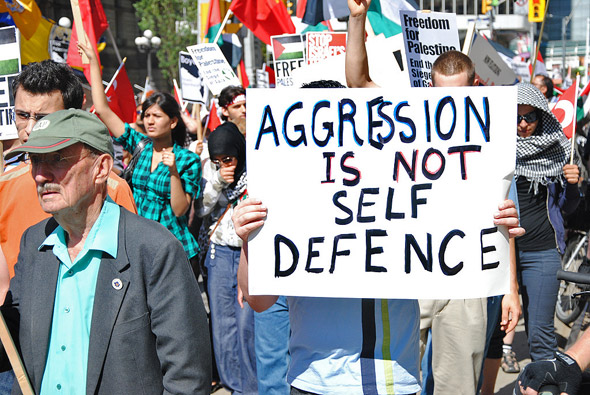 Correction (June 7, 2010): The original version of this article asserted that there were protesters waving Hamas flags, when in fact, the flags in question were those of Saudi Arabia. The text has been corrected, and we regret the error.