The Gulf Coast oil spill in comparison to Toronto

How big is the Gulf Coast oil spill? Estimates suggest BP's deepwater well has spewed anywhere from 75 to 162 million litres of oil into the Gulf of Mexico. With such massive numbers, however, it's virtually impossible to get a concrete sense of the devastation. What does a 100 million litres of liquid actually look like? How much space does it cover?

As mentioned in today's Morning Brew, one way to help conceive of the magnitude of the spill is to look at some of the interactive maps that have popped up on the web in the last week or so. Although these maps have been widely disseminated, looking at a few different ones in relation to Toronto last night, I figured the exercise was worth sharing. 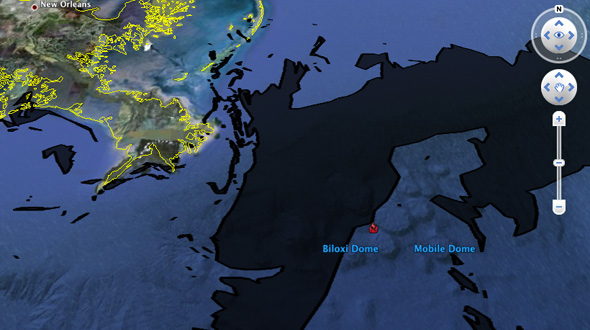 The most popular of the interactive tools designed to gauge the relative size of the Gulf spill comes courtesy of Paul Rademacher. Titled simply "How big is the Deepwater Horizon oil spill?", Radmacher's Google Earth feature allows one to place the spill virtually anywhere in the world (note you'll need the plug-in for it to work).

Most users situate the spill in relation to some of the world's largest cities in order to establish its scale. In so doing, one quickly finds that it dwarfs pretty much all of them (see some examples below). 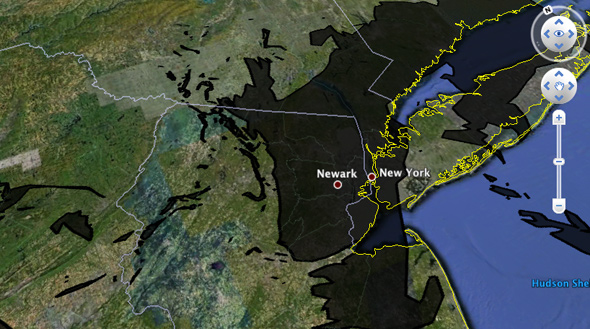 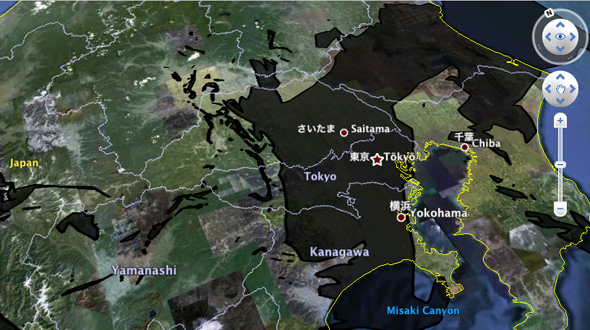 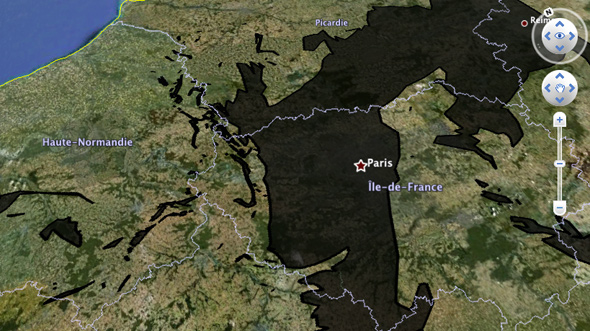 As nice as Radmacher's Google Earth tool is, the fact that the labels are kept to a minimum still leaves a fair bit to the imagination. For this reason, I tend to find the map below (also interactive) more illustrative of the scale of the spill. The use of a Google map as opposed to satellite imagery allows for the inclusion of plenty of landmarks -- small cities, highways and lakes -- which makes it easier to understand the extreme sprawl of the disaster. 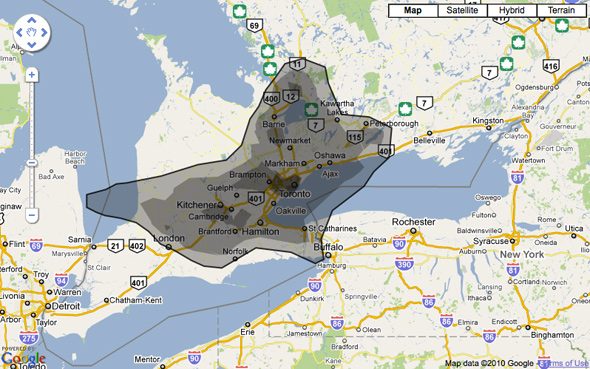 Spanning from cottage country to the north to Peterborough and London in the east and west, virtually everywhere within about an hour and half from downtown Toronto would be covered with oil.

And, the odds are that it gets worse before it gets better.

To see how much territory the spill covers in areas not shown above, be sure to click the previously mentioned links. Thanks to TruthSeerum on Twitter for showing us this.