Monday's G20 Jail Solidarity Rally was a strange experience after the wild and chaotic events of the weekend. Not only was the message unified, but the police were very friendly. After covering nearly all of the protests of the last week, I've become used to angry tense cops who are suspicious of everybody. On Monday, they joked around with protesters smiled and seemed calmer than usual. 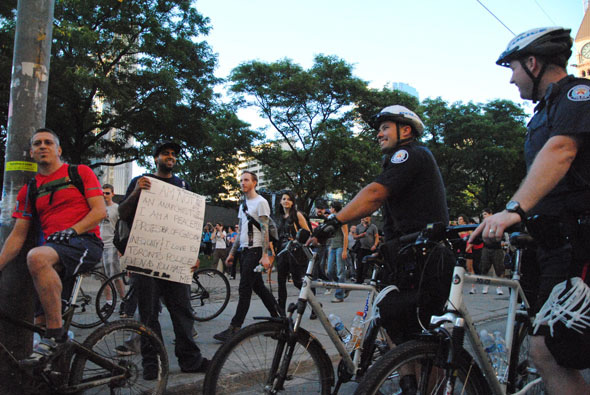 The protest was about the detention of nearly a thousand demonstrators during the G20, the treatment they received and the perceived use of excessive force by the police. Being a day after the summit, it was tough to know what the turn out would be like. But, when it began at 5:30 p.m., there was a huge crowd outside police headquarters.

(This all came before Blair came out today and admitted that there never was a five-metre rule permitting cops to stop and search individuals who came too close to the G20 security perimeter.)

The march moved west on College, south on University, east on Queen, and the stopped at City Hall. 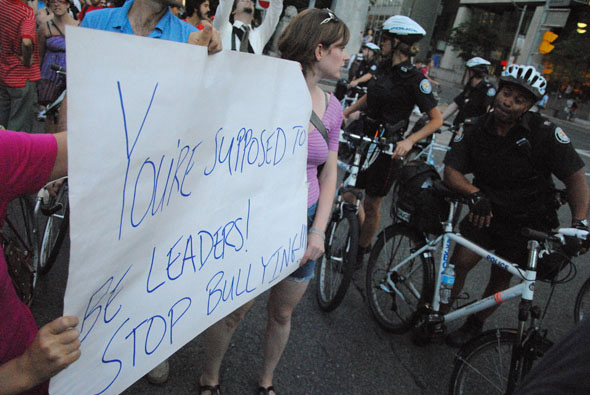 The crowd demanded that Bill Blair resign and featured a number of speeches to the crowd, including an address from John Clarke of the Ontario Coalition Against Poverty, spoke to the crowd. He attacked the Toronto police and the treatment of peaceful protesters on Saturday and Sunday..

The crowd then made its way back onto Queen and headed north on University until it hit Queen's Park. After congregating for about half an hour, everyone started dispersing. There were no incidents of violence or detentions, thankfully.

Isn't this what peaceful protest is supposed to look like? In a way, we got the protest we wanted on Saturday. And on Sunday. Too bad it happened after the world leaders had already left Toronto.

More photos and a selection of tweets from those at the protest below:

@TabathaSouthey
Cops pleasing and thank-youing people on to the sidewalk. They move. Welcome back to Toronto.

@goldsbie
This is the most impressive cross-section of the city's artists, musicians, academics, activists, and journalists I've ever seen.

@AdamSchwabe
Smiling genuinely for the first time in a few days. Young Toronto growing up. Your move now, @mayormiller #g20

@shawnmicallef
With the absence of answers and leadership these citizens take to the streets and cheer on canadian values http://twitpic.com/20t950

@nowtoronto
Start contrast to Saturdays pass by us consulate. No riot gear. No gun toting RCMP beefcakes this time.

@boyreporter
Headed back up university. Best sign seen at protest... "$1B on security and all I got was this lousy fracture." #g20

@modernmod
To the owner of the black Porsche 911 Turbo parked out front of St. Michael's hospital: it's all good. 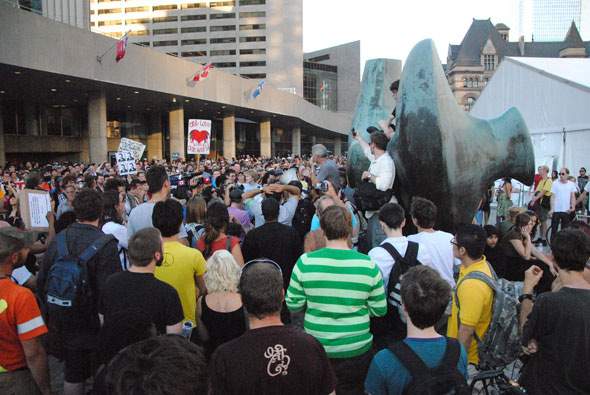 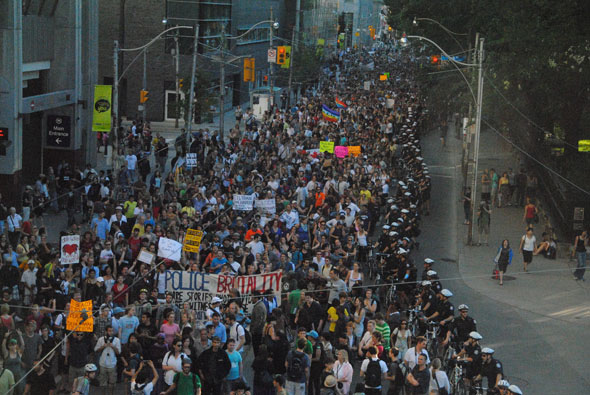 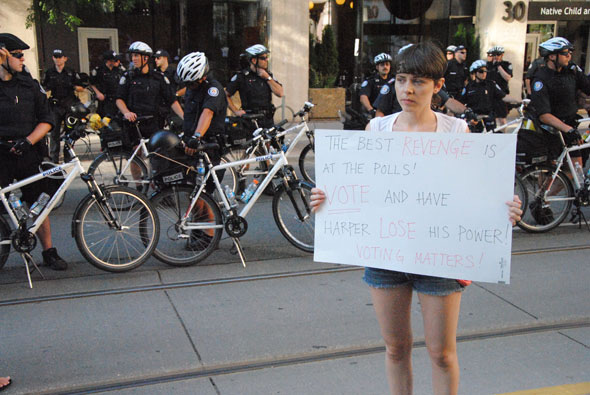 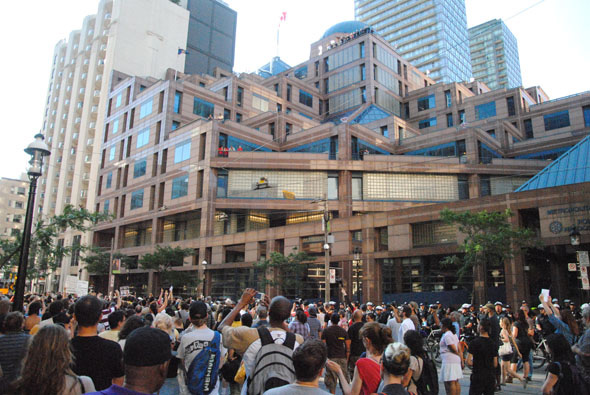