Inside the Lesbian and Gay Archives

The Canadian Lesbian and Gay Archives is housed in a lovely, yellow brick building at 34 Isabella St.

This past weekend I decided to visit it for the first time and take in the serene, Italianate-style architecture. A CLGA member explains to my tour group that it's a prime example of a mid-Victorian, middle class house.This is evident in the hip roof, the projecting porches, bay windows and the structure's impeccable symmetry.

We learn that the house, constructed by George Henry White in 1858, has changed hands numerous times in the decades before the CLGA acquired it.

In 1951, it was bought by what is now the Children's Aid Society of Toronto. Upon moving into the property next door in 2006, they sold 34 Isabella to the CLGA for a mere dollar.

The CLGA, founded in 1973 by the gay liberation newsmagazine, the Body Politic, has evolved from boxes stored in someone's basement to the second largest LGBT archives in the world (the largest is in L.A.), and possesses the largest LGBT periodical collection.

The volunteer-run space functions as both a meeting spot and a centre for Canadian queer research and education. 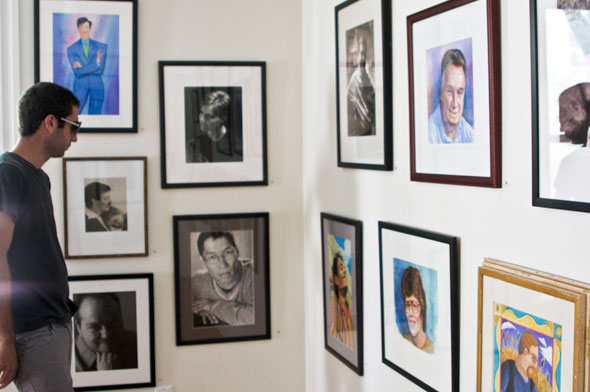 Having covered the historical bit, we're led into the building and up to the second floor, to the CLGA's National Portrait Collection. The walls are lined with the likenesses of 70 gay, lesbian and trans people, nominated for their contributions to the Canadian LGBTQ community. 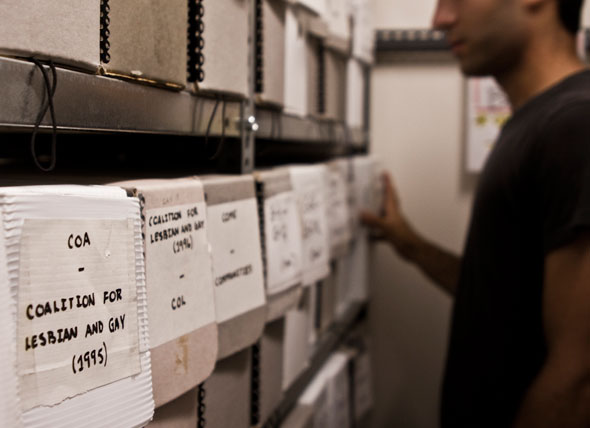 We head to the reference library, where I break away from the group and peruse the racy titles, flipping through '70s feminist lit and books on prison sex. 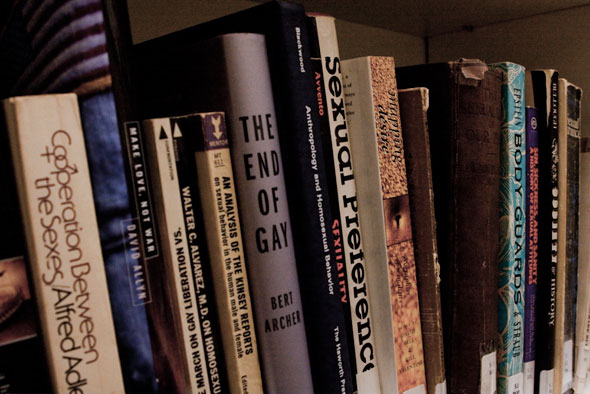 Then I trail the group to the Reading Room, a tranquil space with large tables, a microfilm reader, fireplace and a chest containing the "rare book collection." Hanging on the wall is an ornate stained glass window, etched with the names of donors who have contributed upwards of $10,000.

The building is open to the public Tuesday, Wednesday and Thursday evenings from 7:30 to 10 p.m. More information can be found at their web site.