Yonge-Eglinton Square will soon no longer have a big, open, public space. What better way to throw a send-off party than a massive, public pillow fight?

Newmindspace, known for their public space antics mostly in Toronto's downtown core, decided to give a final hurrah yesterday to the public square on the south-west corner of Yonge and Eglinton before the place gets encroached by more retail space. 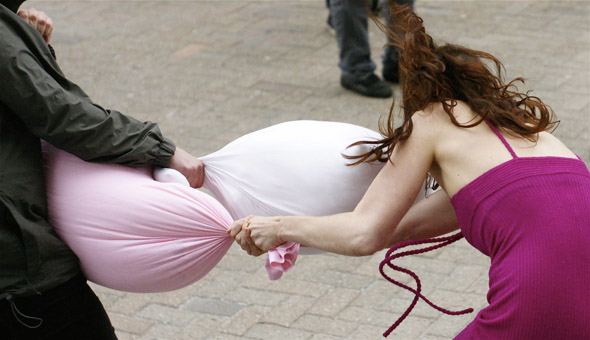 Not in the same league of pillow fighting as the Pillow Fight League, this Saturday afternoon affair was more of a public free-for-all.

There were girls in pink dresses with pink pillows and guys in black suits with black pillows, all having a good time. 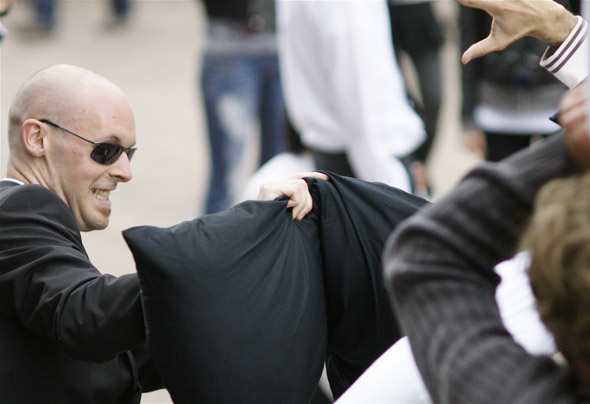 Some dressed up for the occasion in costumes such as Big Bird or other, less recognizable villains and heroes. 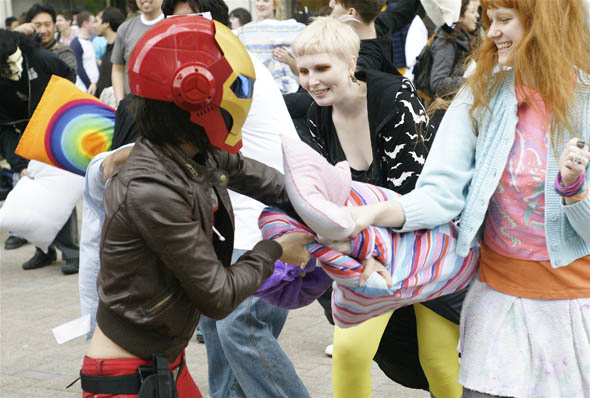 I even spotted a girl in an Iron Man outfit frantically swinging a pillow. 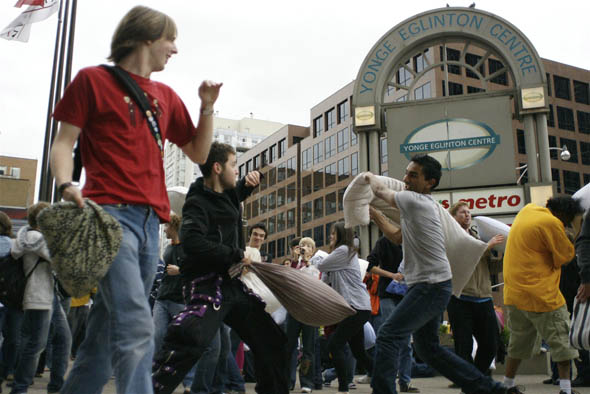 Someone brought her pit bull to the party, but she just sat there obediently staring down her muzzle at her pillow most of the time. Welcome to the party, Zelda Nista! 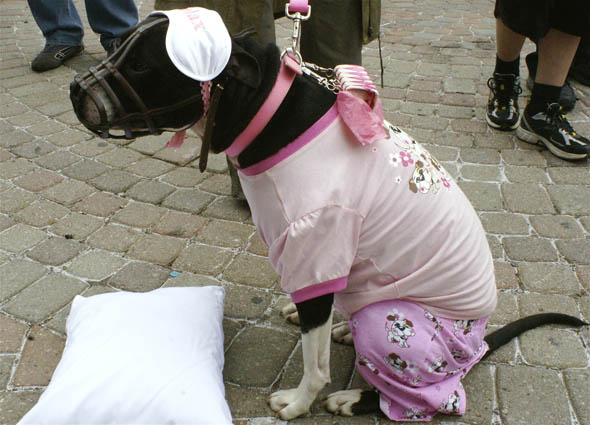 Someone else came disguised as a horse. Well, at least the head of a horse. The arms were left hoofless, presumably to enable pillow fighting. 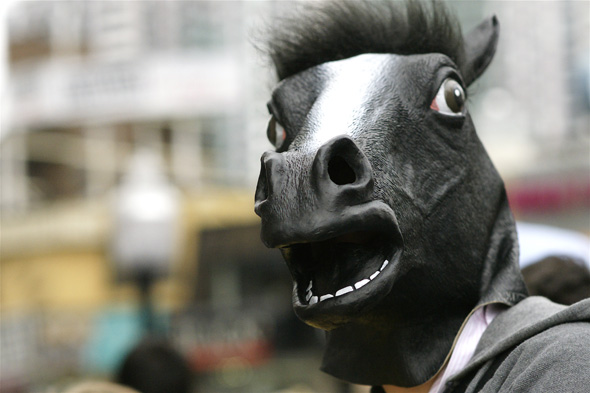 I even spotted a Blue Jay in the crowd. 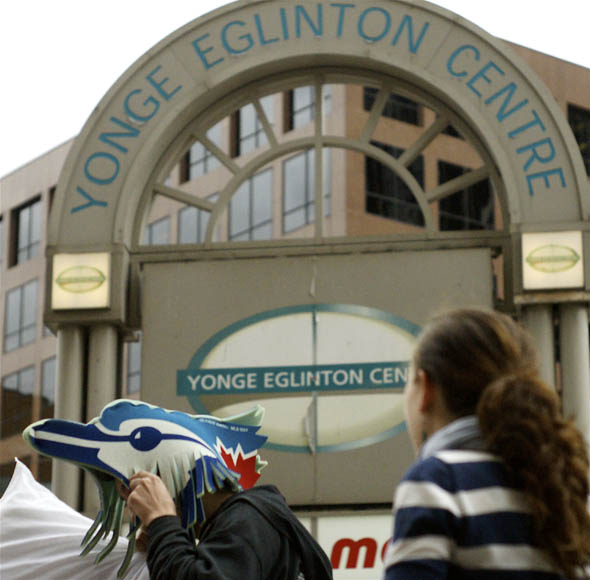 It was quite the family affair, with young children getting into the spirit of things too. 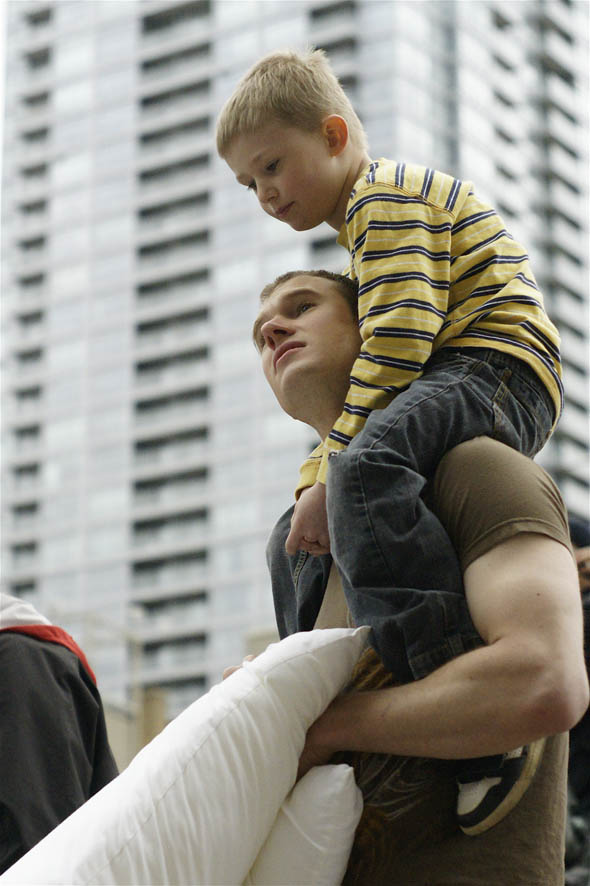 I wonder how Eggy the Ram escaped to Yonge-Eglinton Square? 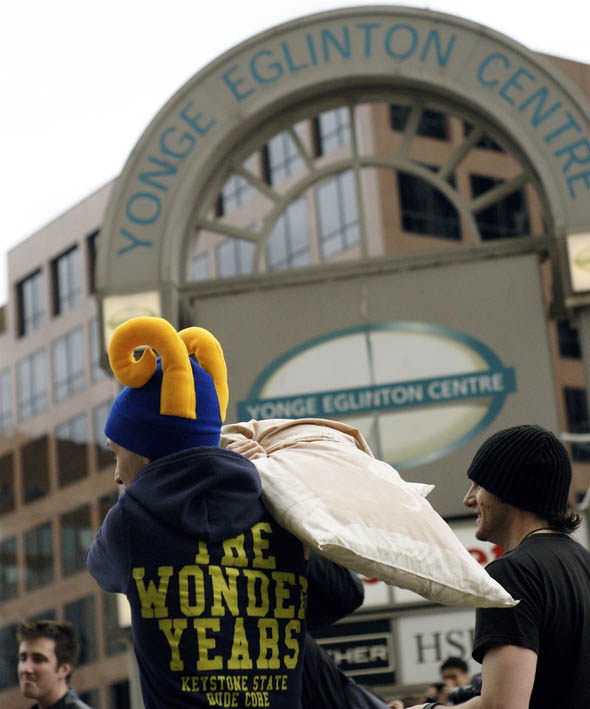 Bringing a baseball bat to a pillow fight is asking for trouble. 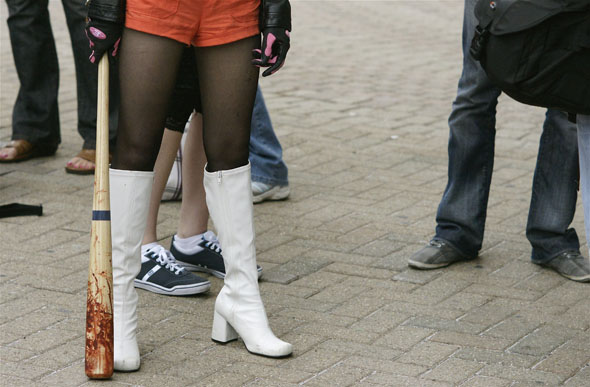 This Bad Girl kept her distance, but she watched the whole thing go down with her spooky eyes. 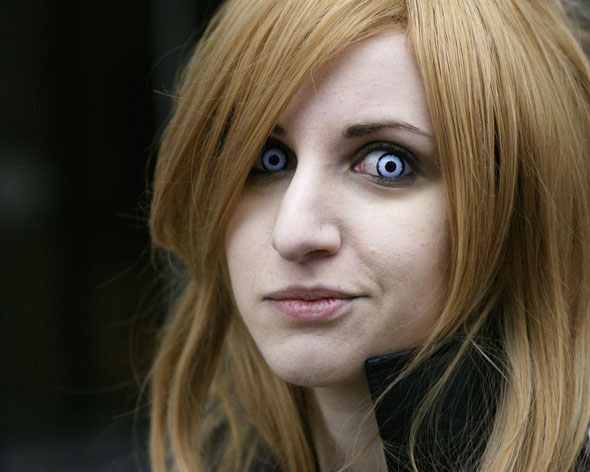 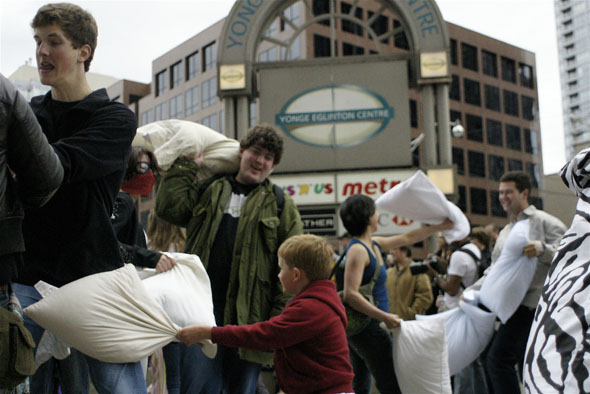 Some may have taken the skateboard to the square. But likely not in those shoes. 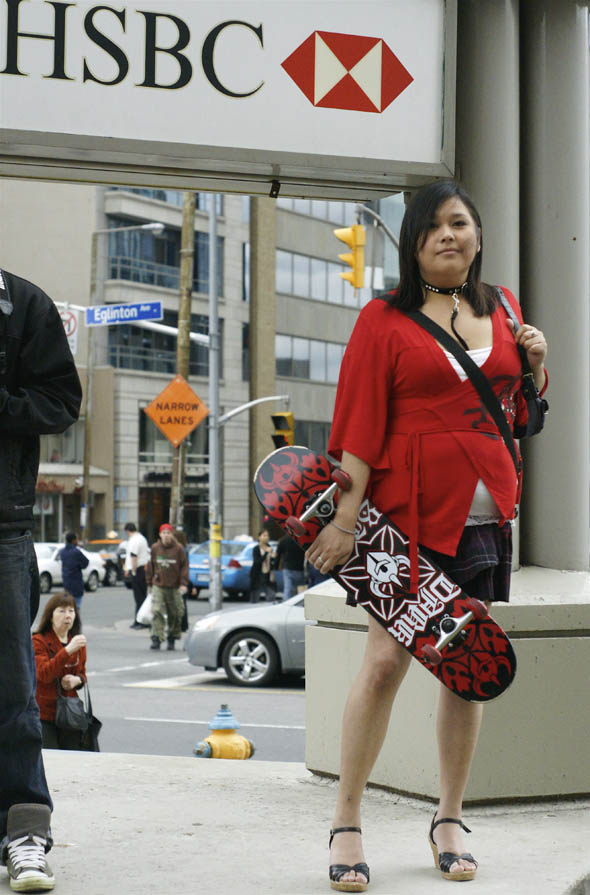 There were plenty of other photographers present as well, eager to document the frivolous fun as we bid farewell to another public space. 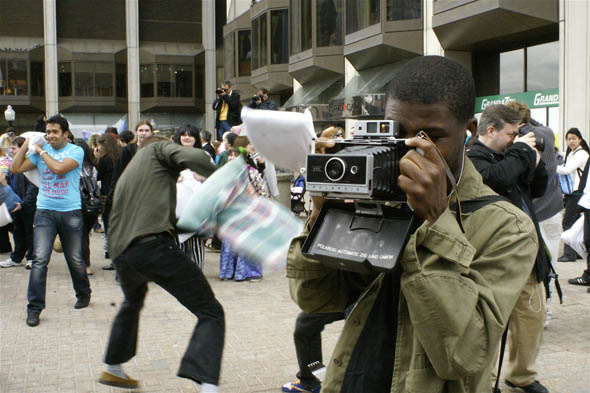