"As for the justice system, I now have a unique perspective from its highest pedestal as attorney general to its pillory, a defendant cuffed in the back of a squad car accused of two very serious offences involving the tragic death of a man.... The whole experience has been incredibly humbling and rightly so." - Michael Bryant, a free man.

"I don't know what justice is in this circumstance. I'm not happy with the result... I'm not sure what would have made me happy." - Sheppard's father on news of the dropped charges. 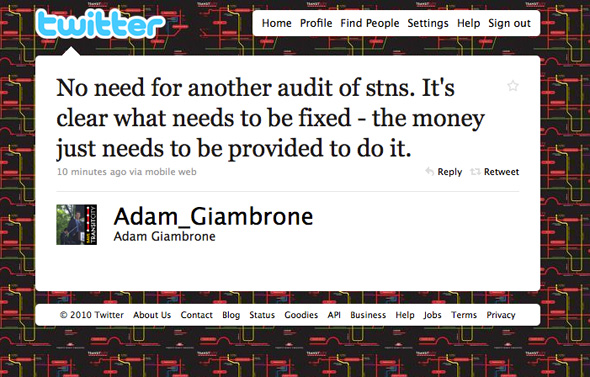 to see the money:

But forget the dollars, the nasty washrooms and burned out bulbs of our subway stations. "The reality is that we are in the last gasps, living out a circumstance on the backbone of an infrastructure built when I was an itty bitty baby, and it's time to take bold steps forward to get the city moving again." - George Smitherman on his transit plan for Toronto.

3.9 metres - The height of the fence at billionaire Paul Bronfman's Forest Hill home, which is 1.9 metres higher than allowed by city of Toronto by-laws.

16th - Toronto's ranking on the Mercer Quality of Living index.

28% - Percentage of Torontonians who received an H1N1 shot.

And though it's yet to be measured in height, I'm betting the recently revealed G20 perimeter and the related $1 billion security costs take the cake this week. 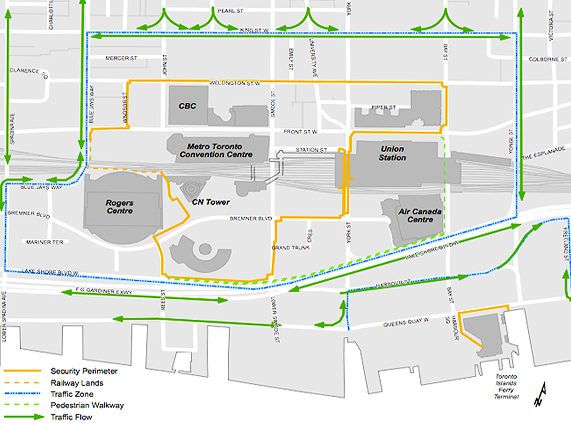