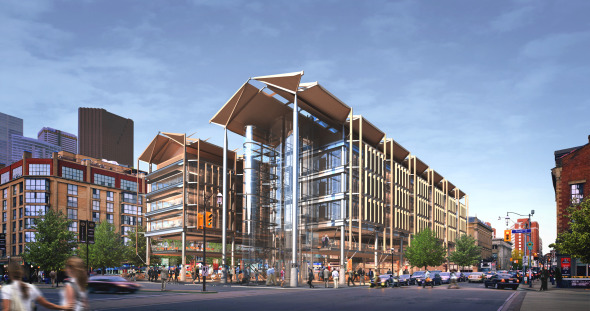 Led by community groups who wanted to see the North Market revitalized, the city launched an international design competition for a new North Market last year. The competition called for a building that will house the farmer's market on the ground floor, a mezzanine level that will include retail, and three additional floors for court services. A fifth floor for the mechanical components of the building will also be allowed. According to the competition's guidelines, the new building will have to integrate the nearby Market Lane park, and "respect" the neighbourhood's design context. The building must also include obvious environmental/sustainable features. 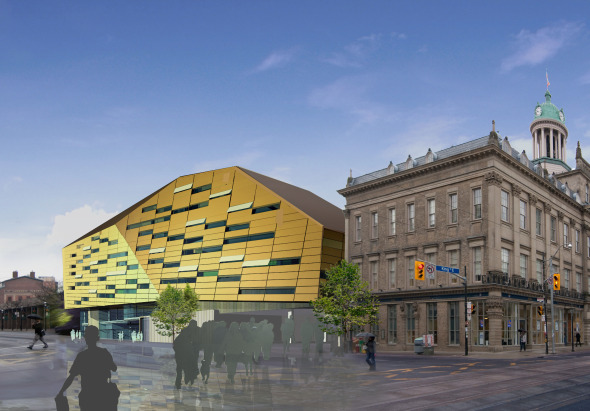 After the call for submissions was made last year, the city received thirty responses, which they have since cut down to a list of five. The list is mostly Toronto-based, but has the surprise inclusion of Richard Rogers' firm.

Rogers is one of the leading British architects of his generation. His most famous buildings are the Lloyd's building and the Millennium Dome. Rogers' firm is in partnership with the Toronto-based Adamson Associates Architects. The rest of the nominees are Cohos Evamy and Hotson Bakker Boniface Haden Architects, Kuwabara Payne McKenna Blumberg Architects, NORR Limited and Taylor Hazell Architects with Montgomery Sisam. 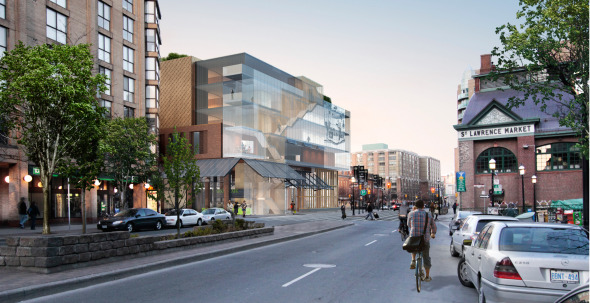 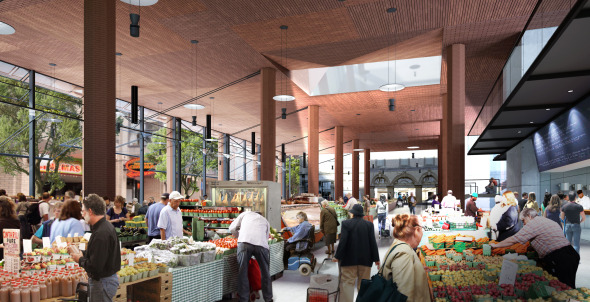 To level the playing field, none of the short-listed designs are identified by name. Instead, they have been assigned a colour: red, green, blue, yellow and orange. All of the designs are distinctive, and some push the boundaries of the competition's guidelines. For instance, the brief suggests that the winning design should "respect" the neighbourhood's heritage context. Clearly, some of the proposed designs look nothing like the surrounding buildings. Interpreting exactly what "respect" means in this context will be the difficult job of the jury.

When the new building is completed, it will be the latest of a series on the site. The Great Fire destroyed a portion of one of the original buildings on the site in 1849, and it was rebuilt in the years following. In 1904, the building was rebuilt again in a form that resembled the market building to the south. There was even a metal canopy structure that protected pedestrians who wanted to walk between the buildings. The canopy was removed in 1954, and this version of the St Lawrence Market was torn down in 1968, at the height of the city's demolition-as-urban-renewal phase. The brutalist structure we have now was built in that year. 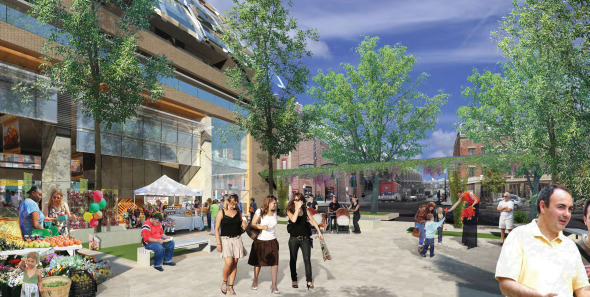 After the jury has made its choice of the winning submission in June, the current farmer's market and antiques market will be moved to a temporary location at 125 Esplanade. Construction of the new building is expected to start in early 2011, and will be completed by 2014. 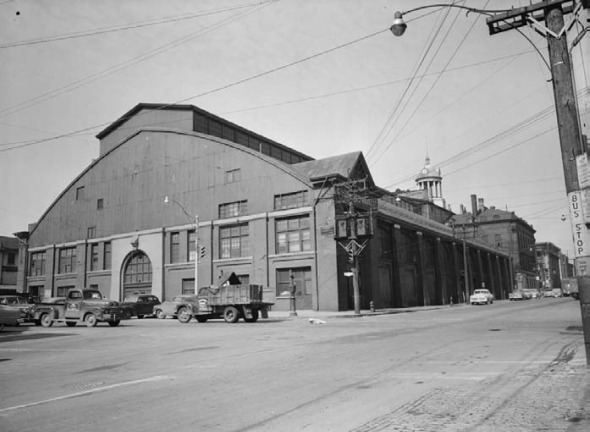 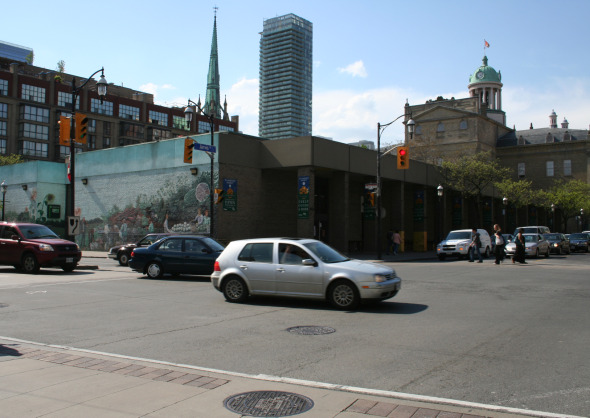 The short list of proposals can be viewed in full on the city's website. If you would like to see them in person, there are displays and models being shown in St Lawrence Hall on the third floor. The presentations at St Lawrence Hall will be open today, Saturday May 8th, from 8 a.m. to 4 p.m., or Sunday May 9, between 9 a.m. to 5 p.m.

Which design do you think is the best?

Images in order by Red, Blue, Yellow, Orange , Green, plus archival and current photos of the North building.