A purposive representation of a scene or subject in any form of photography relies on at least two functions during the creation of an image. The first is comprised of the photographer's own framing and subjective angle on the particular phenomena, and the second is in regards to the equipment being used.

Toronto is widely held as a 'photographer's city', and so as Toronto urbanites, we seem to be inundated with images. Because of this, scenery once new and wild often becomes blase due to repetition. For this photo-series, I chose to utilize a very unique and beautiful in-camera mode of capturing images -- that of infrared. 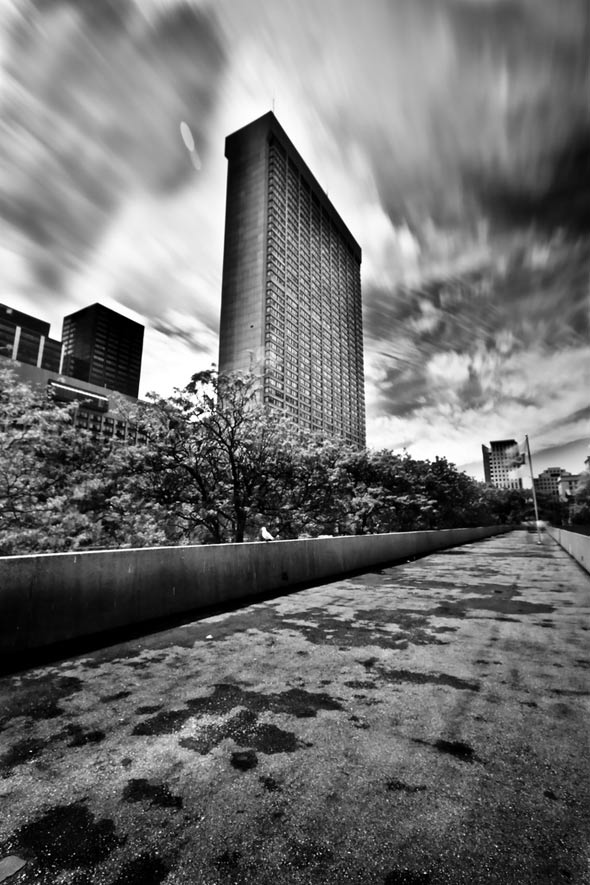 I have toyed with infrared 35mm film film for years -- that is to say, film sensitive to infrared light. As anyone who has experimented with it is well aware, it can be quite difficult, and film is often wasted. With the advent of IR filters for digital cameras (usually DSLR cameras), the process has become far less complicated -- as long as the photographer is patient.

Given my mild obsession with the photographic capturing of clouds who softly contrast our beautiful city, this patience was easily obtained.

The infrared spectrum of visible light is ironically one that is actively blocked on most digital cameras, as it tends to interfere and confuse modern sensors. Removal of the filter -- or conversely the addition of IR filters to the barrel of the lens allows its use, yet requires (in the case of this series anyhow) shutter-times of 1-3 minutes. 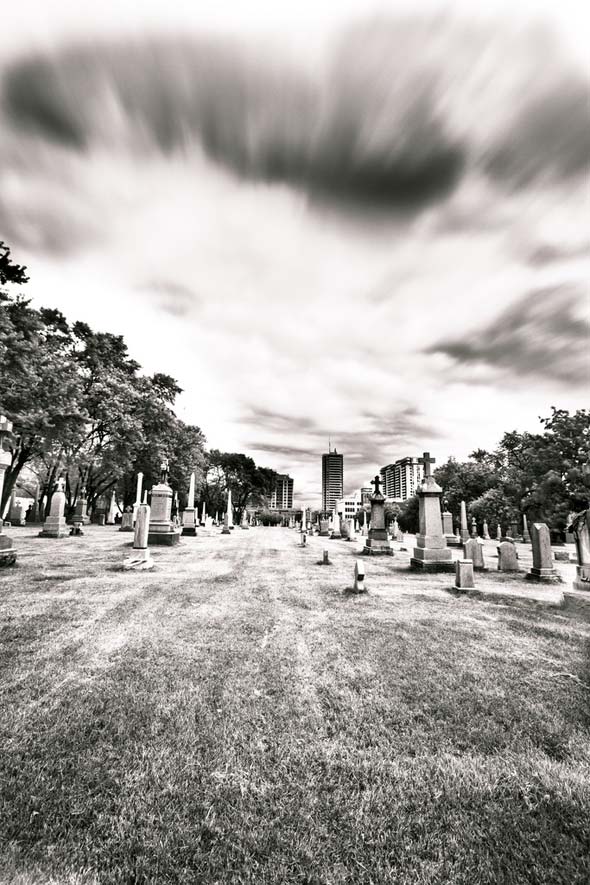 Due to the longer shutter-speeds, as well as allowing one to avoid over-exposure, one can often capture scenes where urban activity is plentiful, and yet the motion of persons or objects becomes almost invisible... 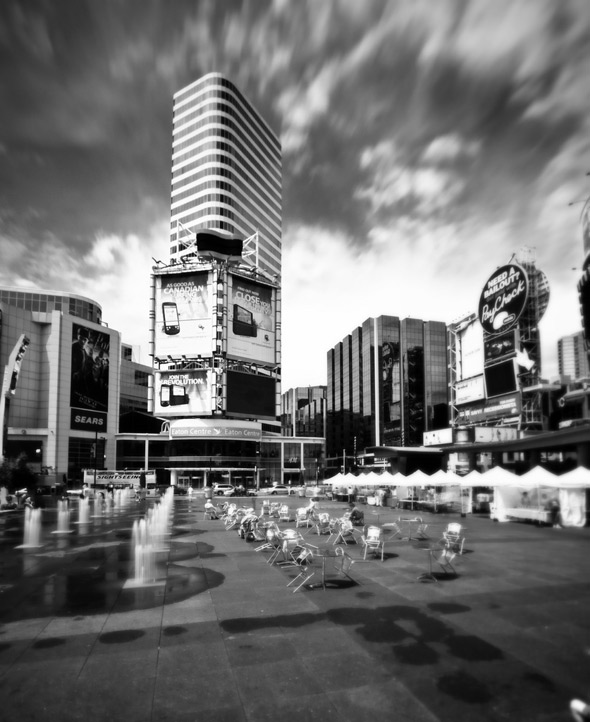 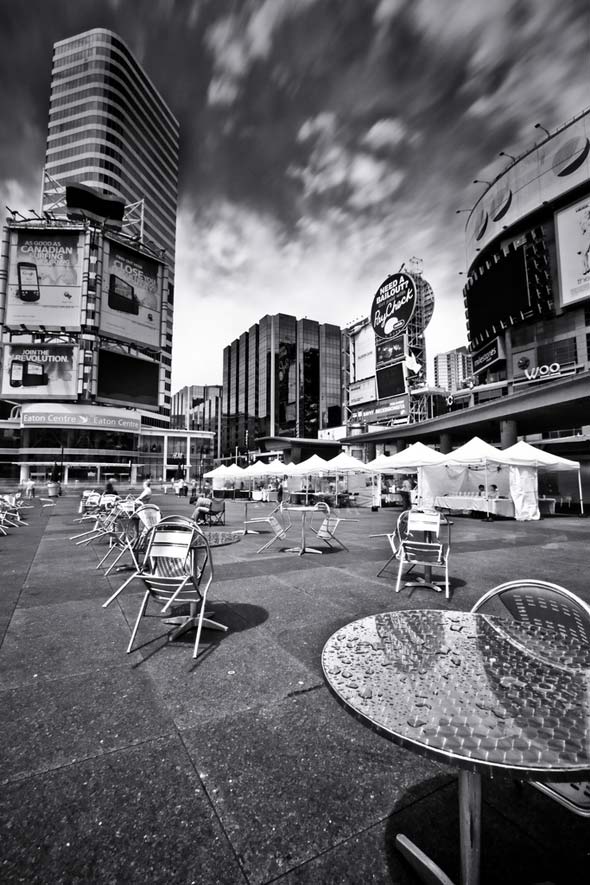 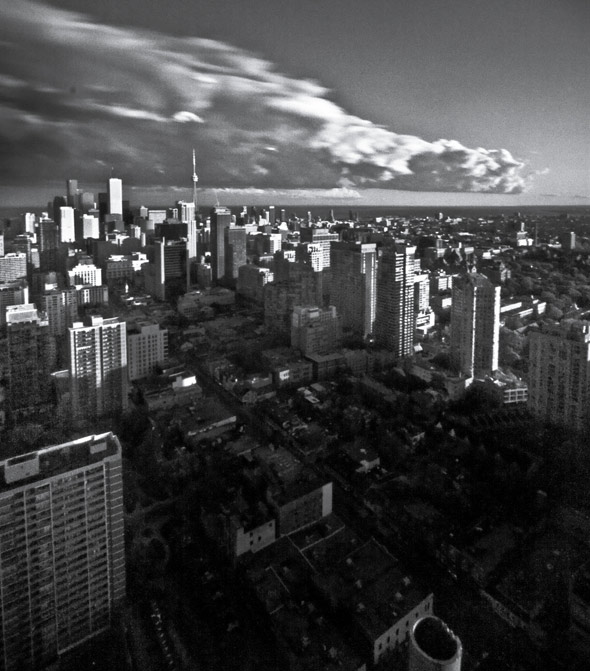 I even employed infrared on several of my 'rooftpping' adventures which I have written about on this site. Let me tell you, keeping a tripod steady on the roof of an unfinished condo at high wind is a 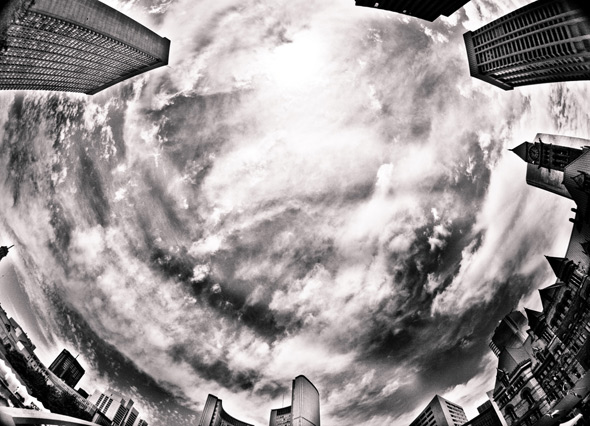 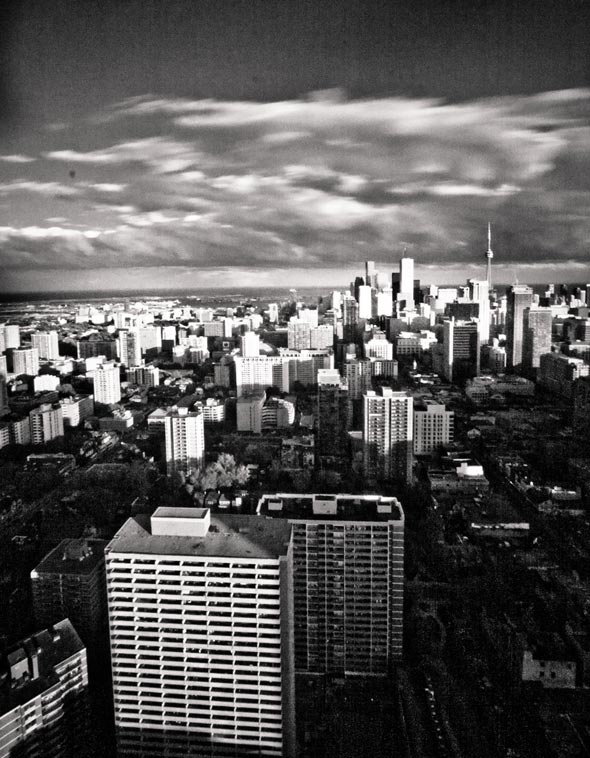 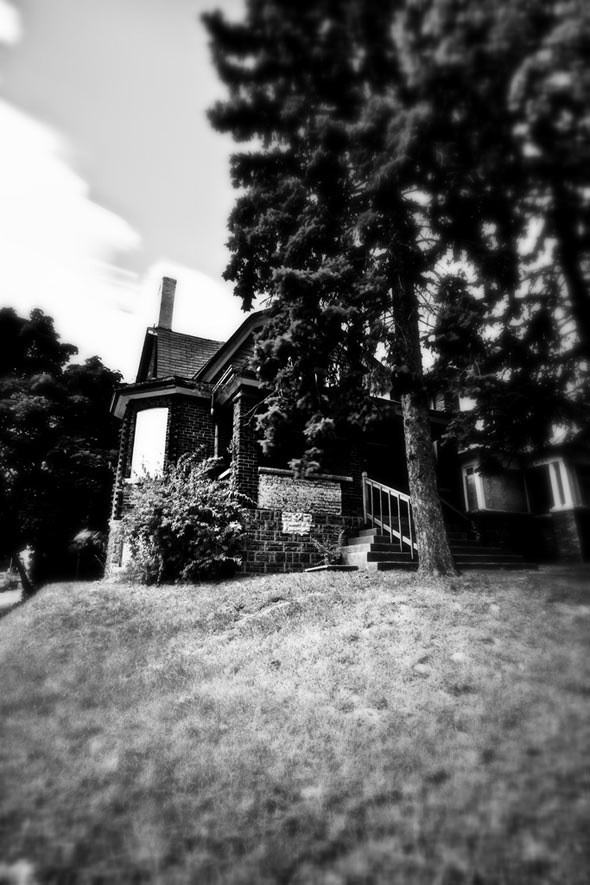 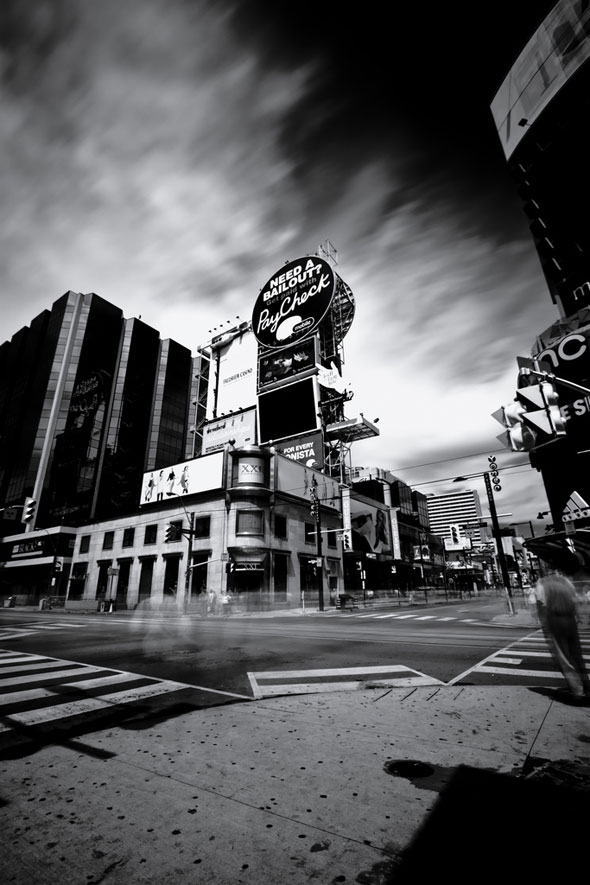 As is capturing an ultra-wide angle scene through a filter which renders a vewfinder almost moot... 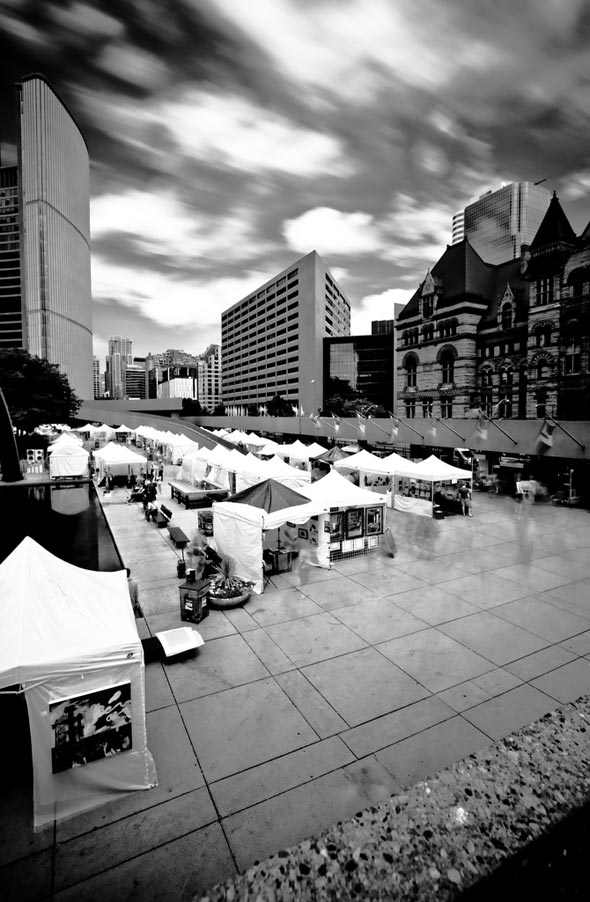 pictured below is one of 13 abandoned mansions just north of Toronto's High Park)...The familiar tends to become distinct once again in infrared, owing most likely to the extreme contrast of movement and stillness it is able to capture...It would seem that our impressions regarding visible and invisible light say more about our mind and body's ability to filter than to accept.

Regarding our ability to see the world, contemporary American author Annie Dillard muses "[p]eeping through my keyhole I see within the range of only about thirty percent of the light that comes from the sun; the rest is infrared and some little ultraviolet, perfectly apparent to many animals, but invisible to me. A nightmare network of ganglia, charged and firing without my knowledge, cuts and splices what I do see, editing it for my brain. Donald E. Carr points out that the sense impressions of one-celled animals are not edited for the brain: "This is philosophically interesting in a rather mournful way, since it means that only the simplest animals perceive the universe as it is."" (Annie Dillard, Pilgrim at Tinker Creek, 37).

(To see the rest of this photographic series, as well as high-res. versions of those snaps pictured above, you can visit my flickr slide-show below.)