On a quiet street just north of Toronto's Leslieville, an almost century-old Anglican church has sat vacant for several years. My first encounter with this beautiful old church took place about three years ago, when a friend suggested that I take some snaps of a derelict lot on the street, failing to mention the abandoned church that overshadowed it.

Over the years, I have returned to the church on numerous occasions, and have slowly watched as its glorious details were stripped away. While sporting minimal vandalism, the site has become only a shadow of its former self as recent years have passed. My final visit revealed stained-glass windows replaced with boarding, and a zoning notice informing passers-by that the site will shortly be converted into lofts. 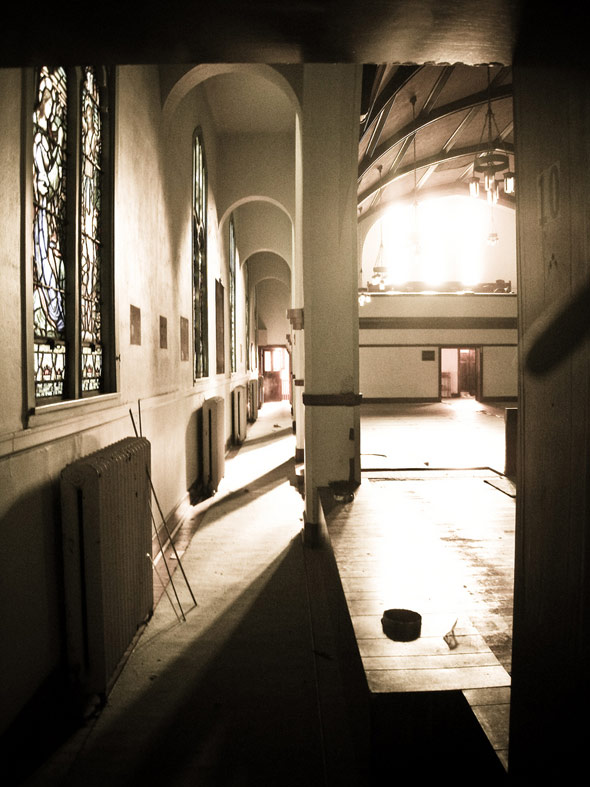 Religious abandonments have always intrigued me more than any others, as they seem to reveal much about architectural post-Christian life. Yes, these are spaces where religious communities gathered. In the absence of these communities, however, I still find signals of the divine. Whether through found religious art and artifacts, or simply bearing witness to a nave stripped of its pews, I find great solemnity and solace in these places. 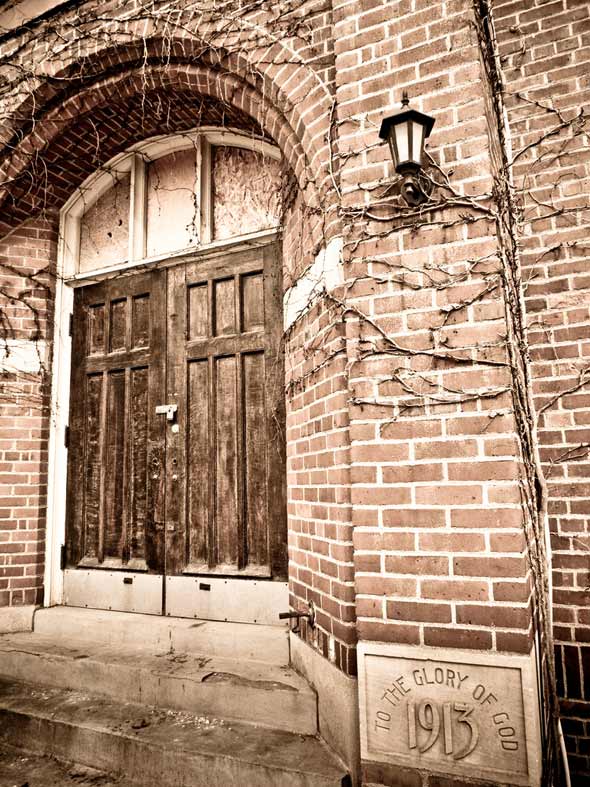 A snap from several years back, the facade of St. Clement's with it's beautiful stained glass... 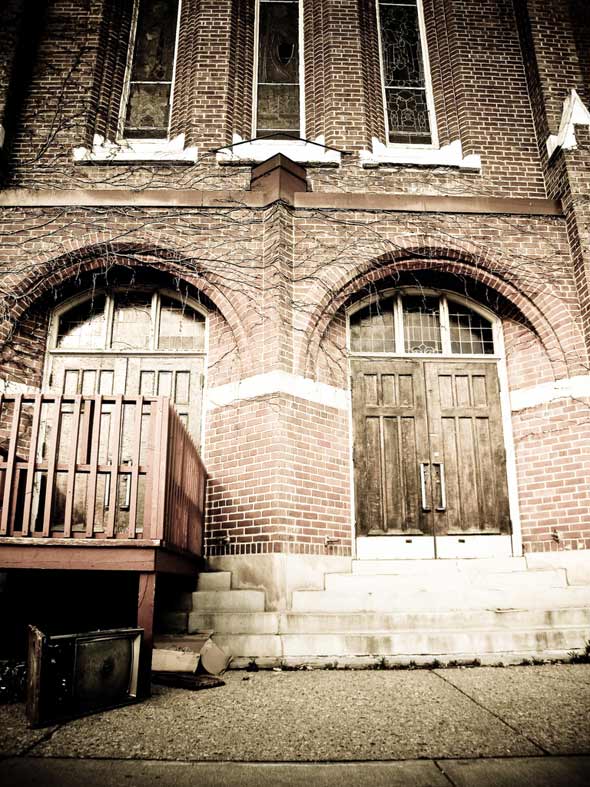 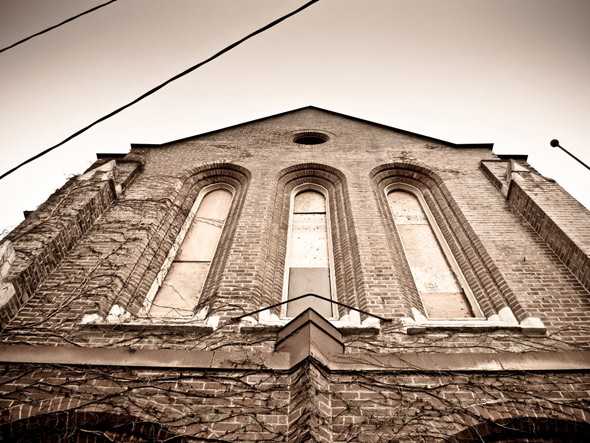 Sadly missing on my last visit...
The entire neighbouring lot has been cleared, awaiting re-development. 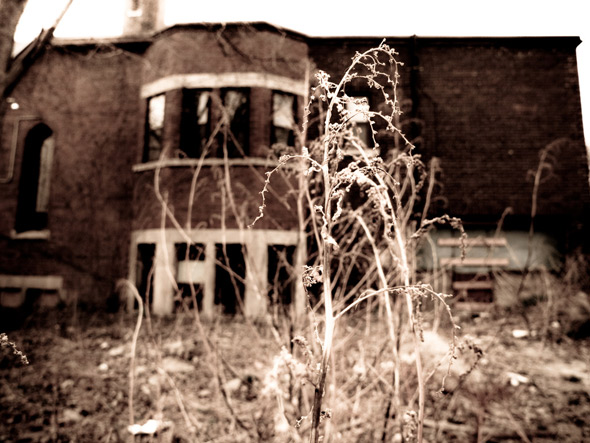 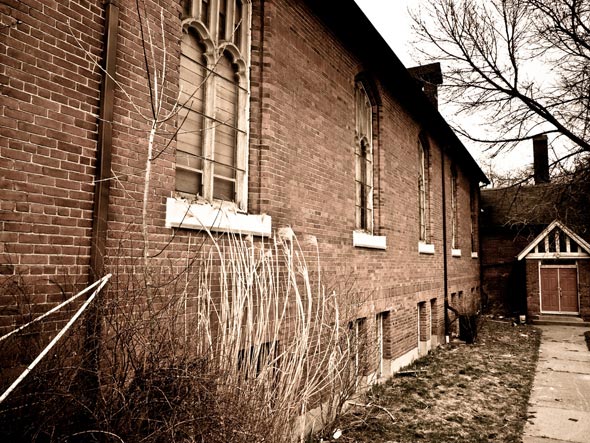 On my penultimate visit to St. Clement's, my friend and I encountered something very strange upon entry. Milling about the still, ornate altar were a group of elderly ladies, examining this and that.

With a reassuring nod and smile, we went about our business -- which ended up being the same as theirs. One in the group approached me as I examined an icon which had been tossed behind the organ, and commented on how lovely it was to see young people so interested in architecture. 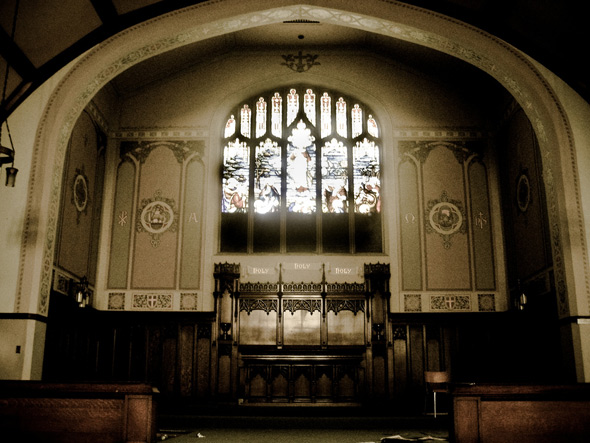 We fiddled about the nave and offices taking photographs, and upon returning to the altar, found the group of ladies absent. While not terribly out-of-the-ordinary, something about that encounter remains unsettling in my mind to this day... 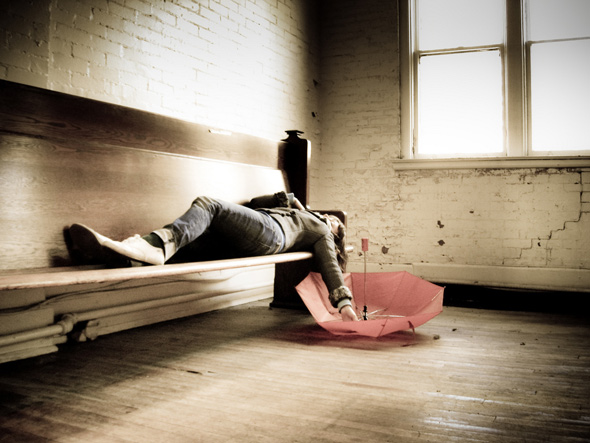 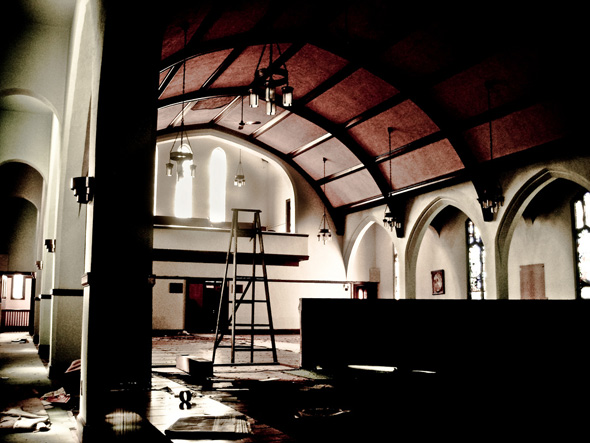 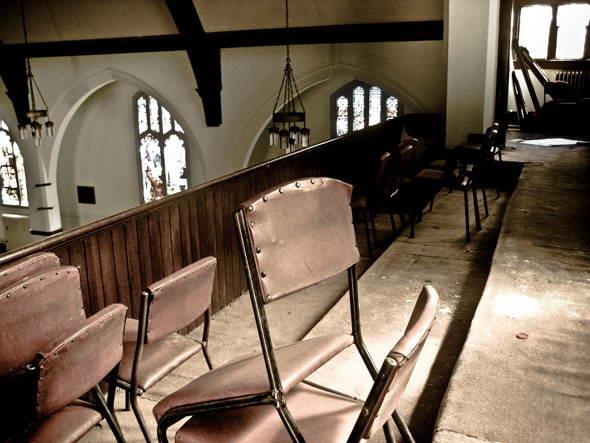 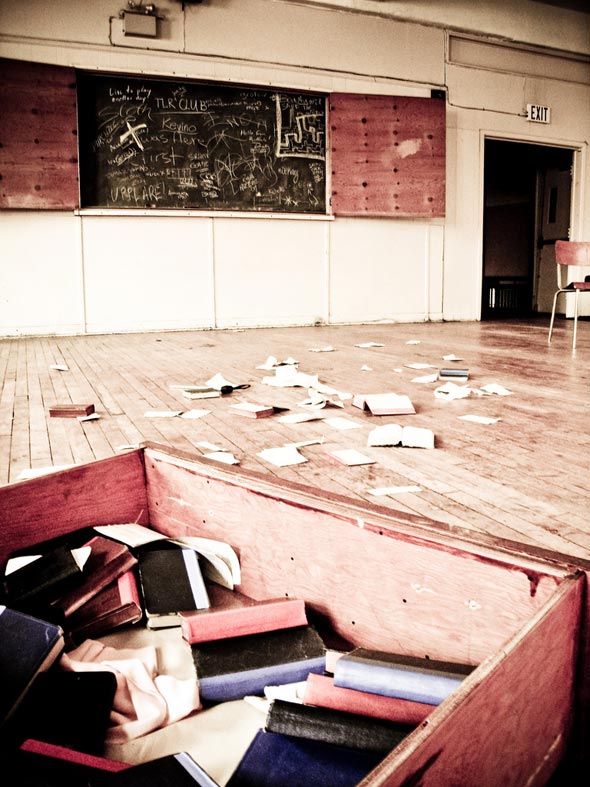 There is an almost imperceptible current which seems to haunt formerly religious space. Some denominations of Christianity even stipulate a de-consecration of the soil after a church becomes vacant. The line between the sacred and the profane (and the inherent transition from one to the other) is one that is carefully trod, whether consciously or not.

Last year, I documented a similar transition to that facing St. Clement's which ended up in ruin, or in a ruin, anyhow -- that of St. Mary the Virgin Dovercourt. To this day, it sits as a project unrealized. Going forward, I only hope that old St. Clement's doesn't face the same dismal limbo. Over the years I have witnessed the church's slow death, and now await its resurrection.

(To see the rest of the series, as well as high-res. versions of the images above, you can see my flickr slide-show below.)