Is it time to campaign for better etiquette on the TTC?

The TTC is getting its own brand of etiquette posters. Well, unofficially at least. Inspired by New York artist Jason Shelowitz, the National Post has created printable posters highlighting some of the more common violations of decency on the TTC.

Shelowitz is notorious for his postering of New York subways with official looking yellow posters warning riders against a variety of transgressions, including cutting one's nails in public, eating smelly food, blaring loud music and littering.

Soliciting advice from his friends, family and fellow riders on the worst etiquette violations, there are 10 messages in total that he's distributed across NYC subways. And despite the fact that the MTA has taken most of them down (35 were made for each violation), the idea has gotten quite a bit of press.

And that's where the Toronto connection comes in. As the Post's Steve Murray explains, "Recognizing (stealing) a great idea when we see it, we here at the Post think the TTC deserves (needs) a similar campaign. So, we have loosely formed the Toronto Transit Civility Commission, the TTCC, to remind the public of the responsibilities inherent in travelling with fellow "human" beings."

It's pretty good plagiarism, especially considering it takes TTC complaining in a different direction than we've seen in 2010. For who is the target of these "ads" after all? It's not, of course, Adam Giambrone, Bob Kinnear or any of the often sleep-deprived workers -- instead these posters target the riders themselves.

Although not particularly novel, the laying of blame at the foot (or over-sized backpack) of passengers is somewhat refreshing. When I ride the subway I rarely have any interaction with employees; the bulk of my annoying experiences come courtesy of my fellow riders.

So, to copy the copycat, I'd like to know what your passenger pet peeves are. Is it the fresh stench of body odour the dude beside you is sporting? The person who must always occupy two seats? Perhaps the courteous person who's left an aluminum pop can to roll repeatedly back and forth in a manner reminiscent of Sisyphus?

My nominee: passengers (usually male) who believe that the subway platform is the appropriate place to clear every last bit of phlegm from their lungs and throat. 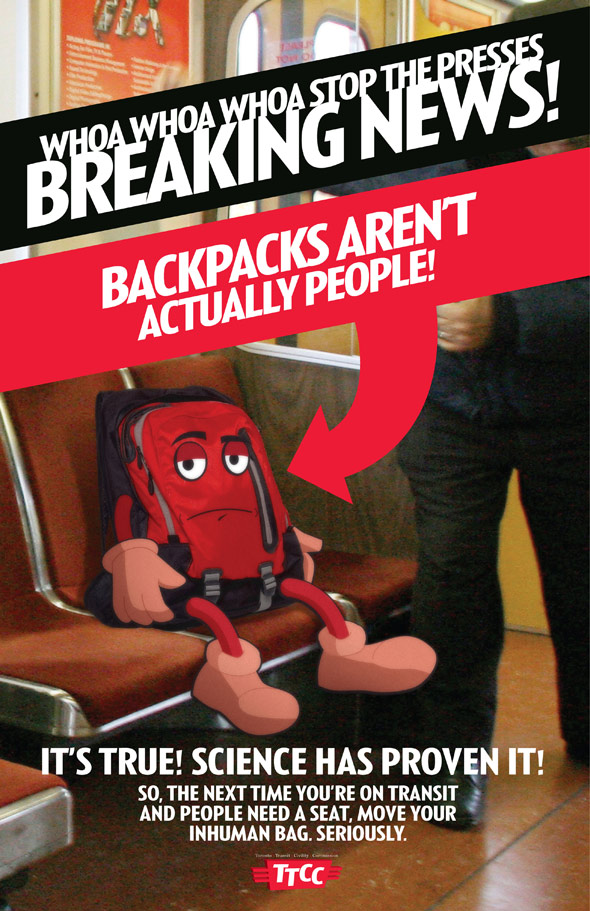 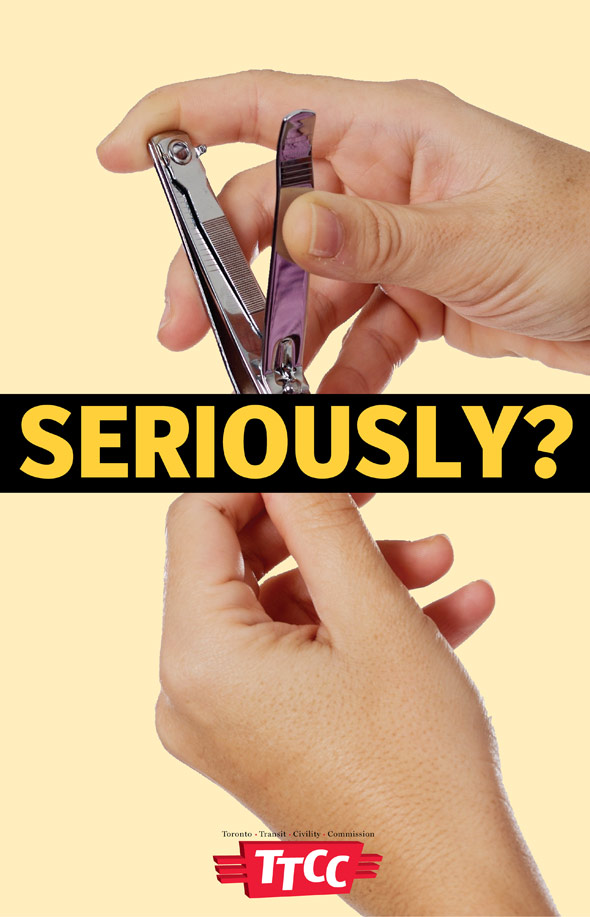 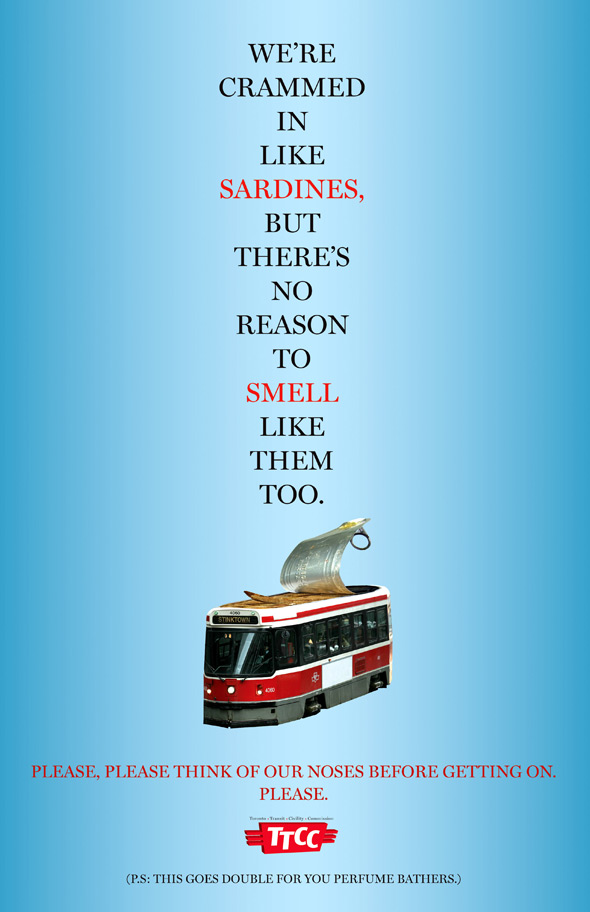