If you visit any of the bars and galleries along West Queen West, you've seen the construction site on the south side of the street for The Bohemian Embassy Flats and Lofts. This project, along with the Drake, has come to symbolize the effects of gentrification - both bad and good - on the neighbourhood. For instance, according to Active 18, the community group that fought to shape its development, the Bohemian Embassy is part of a "badly designed, overbuilt precinct." (PDF) The homeowners that bought into the project likely disagree. 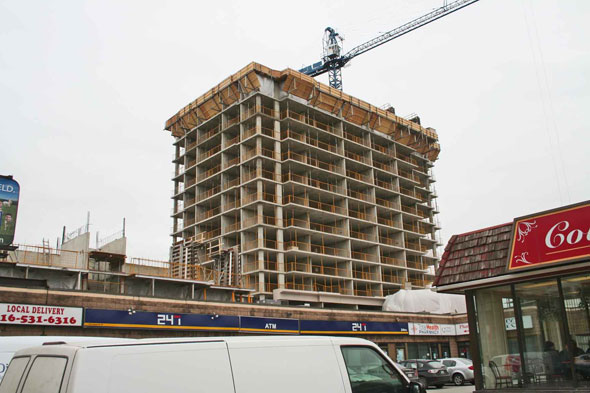 Although the stretch between Gladstone and Dovercourt on Queen had been seeing growth in cultural activity since the beginning of the 2000s, it wasn't until 2004 and the opening of the Drake that the area really began to boom. Local developers noticed: in 2005, Baywood Homes launched the Bohemian Embassy. The condominium project includes a 9-storey building fronting Queen and a 19-storey tower behind it that overlooks the railroad tracks. 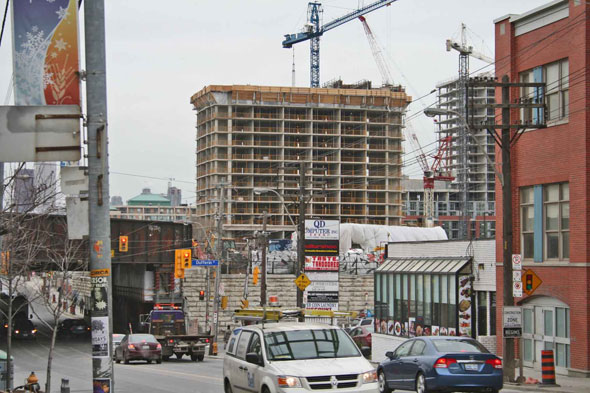 Almost immediately after launching, it was contentious. For Don Cullen, the project seemed to be misusing the name of the 1960s literary reading series that he started, and that featured Atwood, Purdy and Ondaatije. For others, its name and its marketing materials were just cringe-worthy: "a condominium so stylish and cool, it promises to redefine the way this city's hipsters live." At nearby Fly Gallery, they even had a parody called the Bohemian Embarrassment. 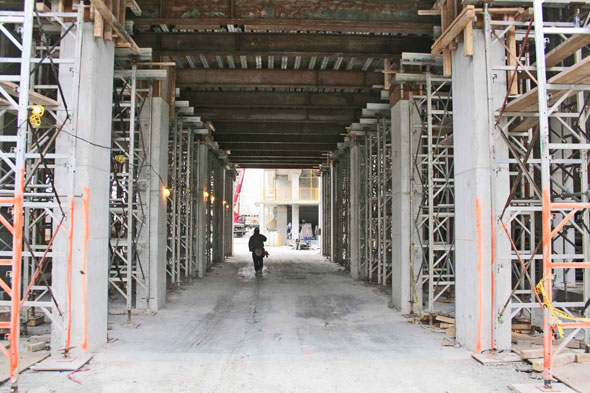 As the project developed, more problems arose. After the Bohemian Embassy sent its planning documents to the city for approval, the owners of the nearby 48 Abell Street and 150 Sudbury Street decided to apply for approval to build condo towers of their own. With the face of West Queen West set to change drastically, several groups such as Active 18 and Artscape waded in to help moderate the developments and direct them in a more community-oriented direction. 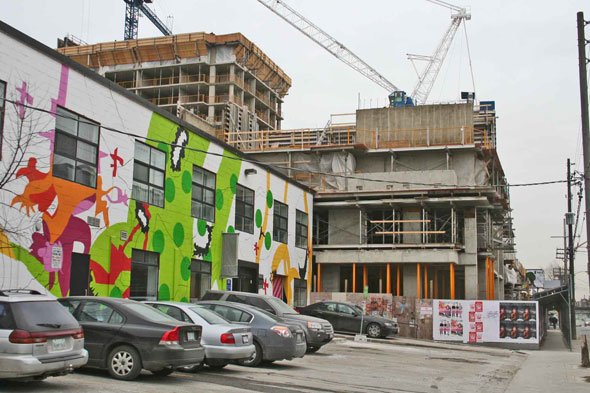 The fight over West Queen West took on larger political significance, and at one point, even Mayor David Miller got involved. In the end, the community groups and the developers managed to hash out a deal that was at least partially acceptable to all of the groups involved.

After the legal issues had been settled, the planning approvals were in place and the project had sold out 70% of its units, excavation began in 2008. But even then, problems still dogged the project. Construction stopped on the site in early 2009, possibly due to the recession's effect on Baywood Homes' ability to finance the project. In August 2009, the site was sold to the current developer, Pemberton Group. 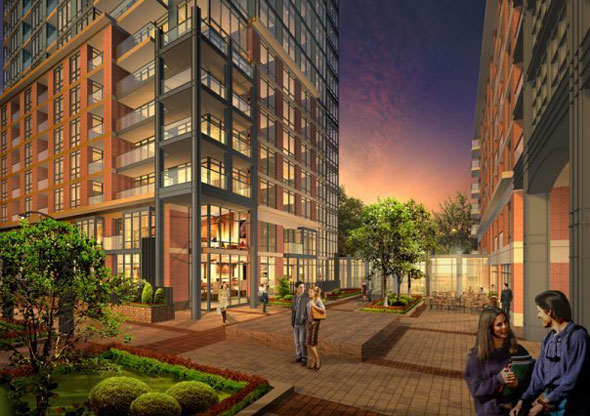 Since then, construction has resumed, and the site is generally busy during the day. Construction of at least part of the building is supposed to be completed later this year, but the whole project will likely take until 2011 to be finished. However, it will take several years before the final word can be said on whether the Bohemian Embassy helped to kill or enhance the community it fought so hard to join.