Above the City at Day's End

I don't think I'm alone in looking up at certain buildings in the heart of downtown Toronto while walking by. Do you ever wonder while doing so if there is someone looking back down?

An auspicious opportunity allowed us access to a beautiful rooftop which I had been eying for years.

The stunning view it offered was unique not only because of its breadth of view, or the fact that it had a jutting point overhanging the street itself, but because it allowed a twofold view: on the one side was a particularly "old Toronto" (due to the age of the building, no doubt and the fact that we could look down at decidedly "old-school" architecture). And, at the other, we could look up and across at what has happened since.

Many of the details of the former are lost to both those on the ground, as well as those viewing it from a greater height. These days, I am forced to wonder who actually appreciates these details... 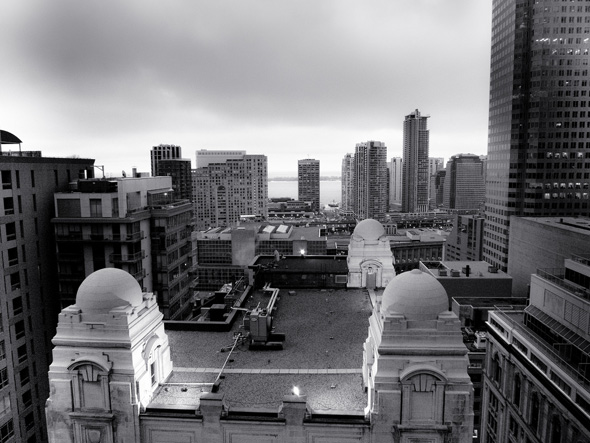 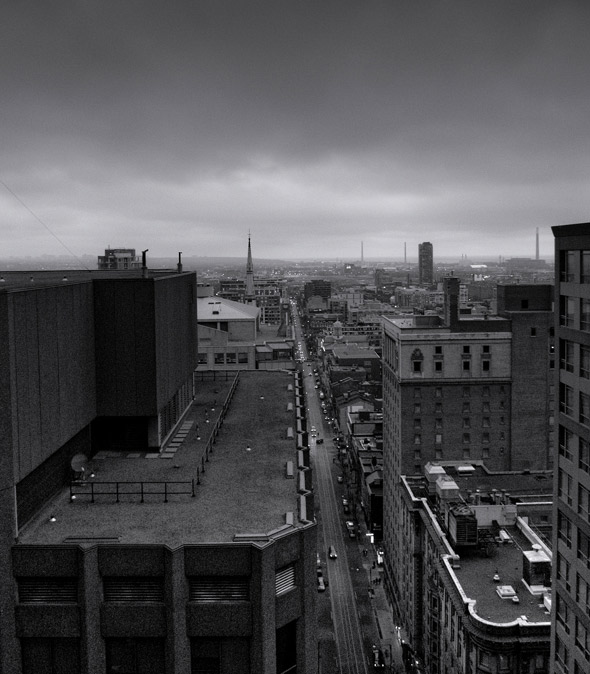 Perhaps more daring than I, my friends decided to get a much closer look... 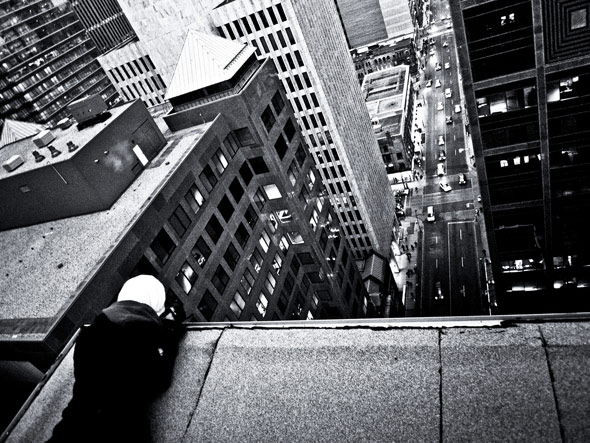 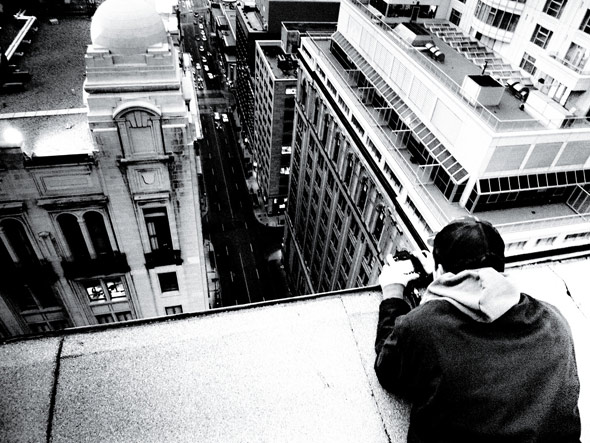 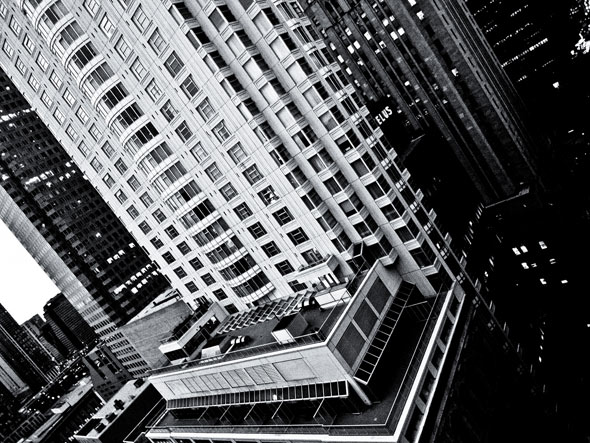 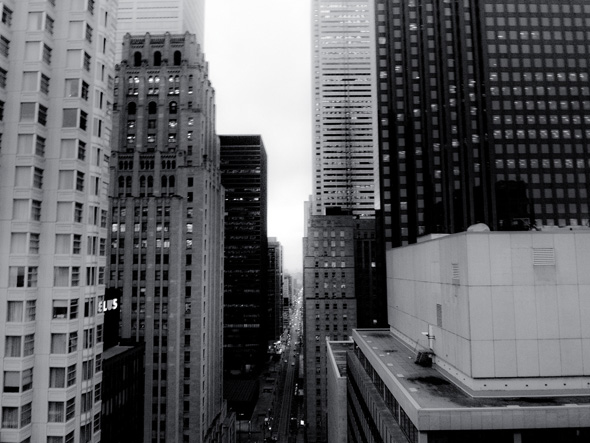 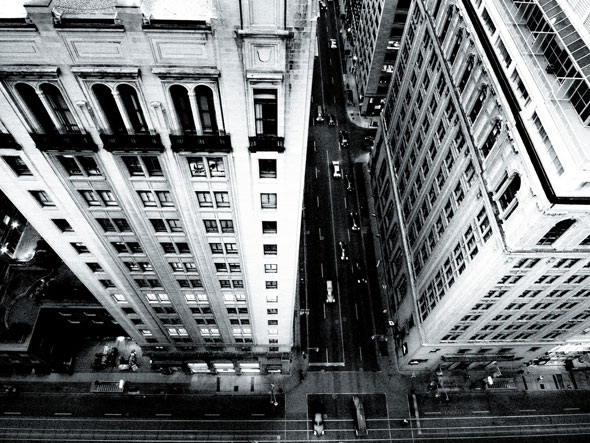 It may seem strange to admit that I have a great fear of heights based on my adventures. But, I do. That being said, I had to take a rest, before the arduous journey downward... 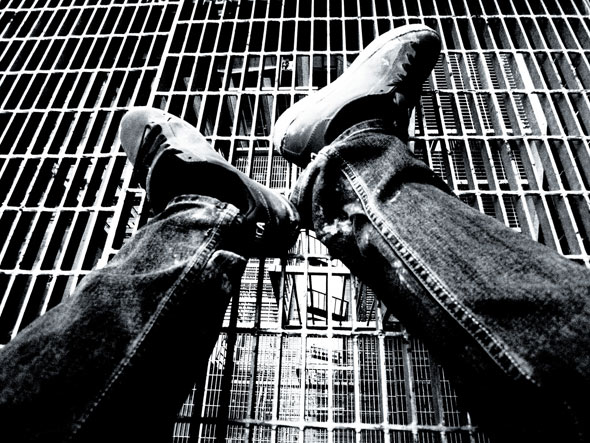 Already in retrospect, all of the colour and movement I had seen melted into a pearl-gray haze. There was no shading or contrast anymore, only a vision of the cityscape, with the slow yet somehow sudden darkness of evening now rising. 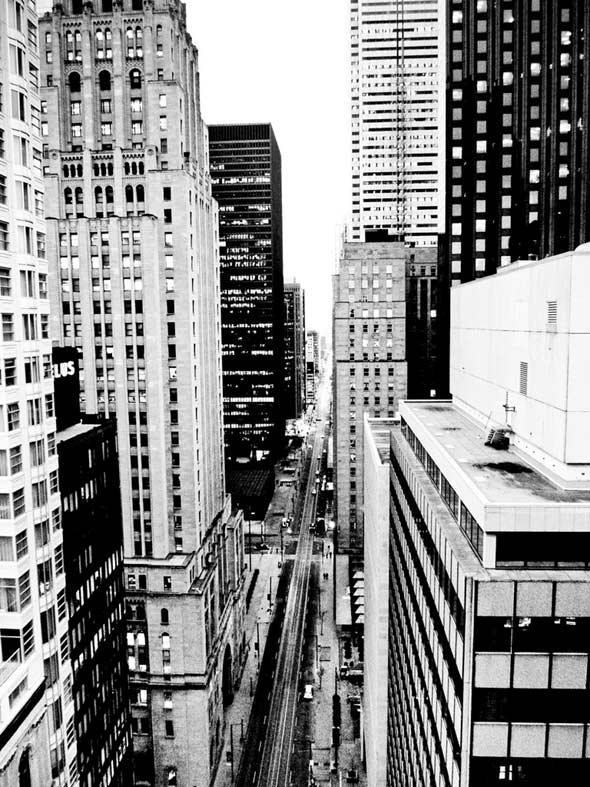 Perhaps it is only in the evenings that the shadow of reality peaks, if only in memory.

Our notion of memory, and that of the photograph, then, are the same story. Just as a photograph left too long to develop in its bath darkens once again, if we try too hard to hold on, our memory fades.

As the night-lights came on, casting shadows on the already dark city, the surroundings seemed to transcend decades in an often unseen charm. I knew where I was, overlooking it all, yet at the same time I could not place it. Shadows seem to dominate our days, and yet here was I, on a rooftop, terrified, and at the same time overcome by the beauty of our city.

(To see the rest of the set, as well as high-res. versions of the photos above, you can see my flickr slide-show below.)