The Ruins of St. John's Convent

For years, the derelict convent of the Sisters of St. John the Divine sat hidden at the edge of a quiet North York suburb, overlooking the valley.

While active, this group of devout Anglican nuns focused their attention on those dealing with and recovering from addiction (substance abuse, etc.). As their cohort grew, sadly they had to move from their beautiful location -- which itself expanded from an original mansion to an intricate maze of buildings. They are currently much closer to a hospital which has proper rehabilitation facilities. As wonderful as their work is, however, it was what they left behind that intrigued me. 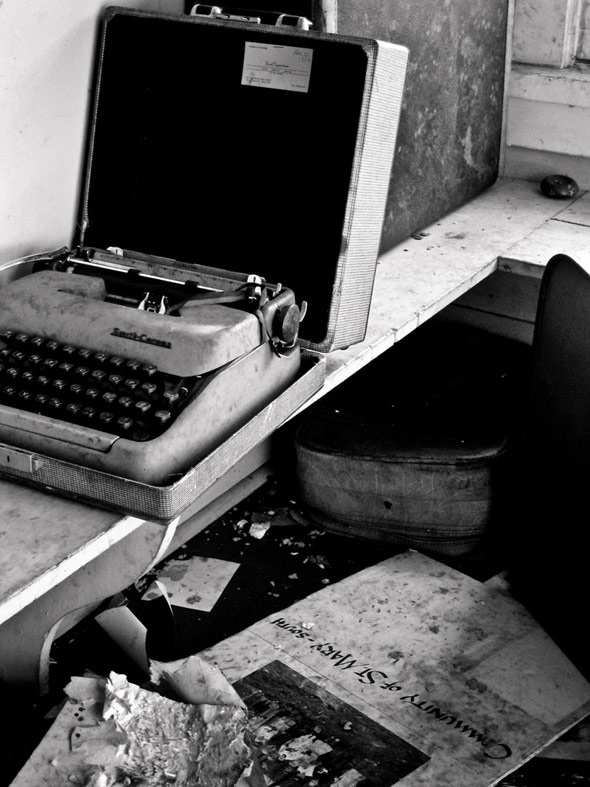 Since the abandoned complex was demolished over a year ago, my recollection of it is somewhat foggy; all I have are photographs, which are themselves dipped into that pot of circumstantial recollection.

However, I have fond memories of visiting the upper-most attic of the original building -- where the belongings of the nuns, as they entered the convent, were stored. Suitcases full of garments never to be worn again, typewriters which would never write another love-letter... these things all remained. 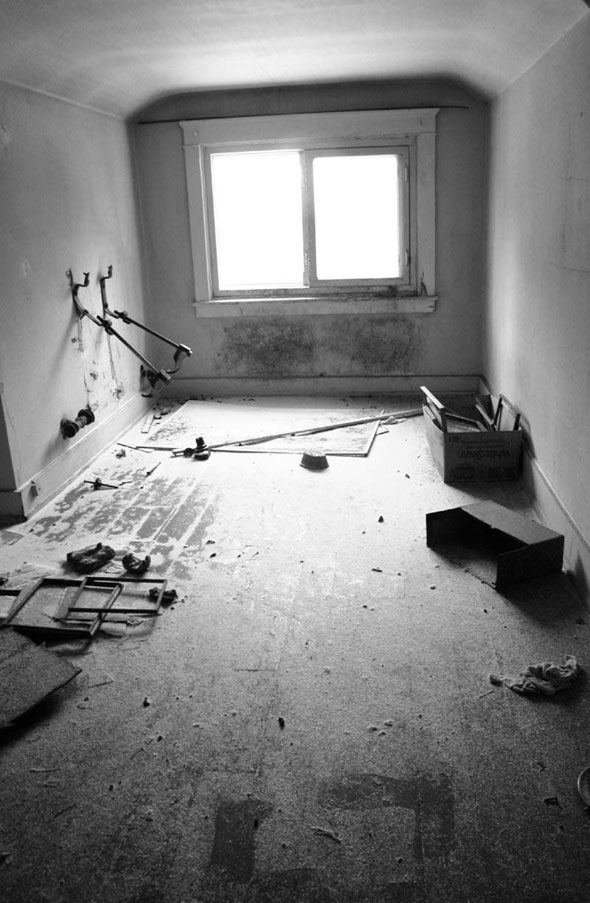 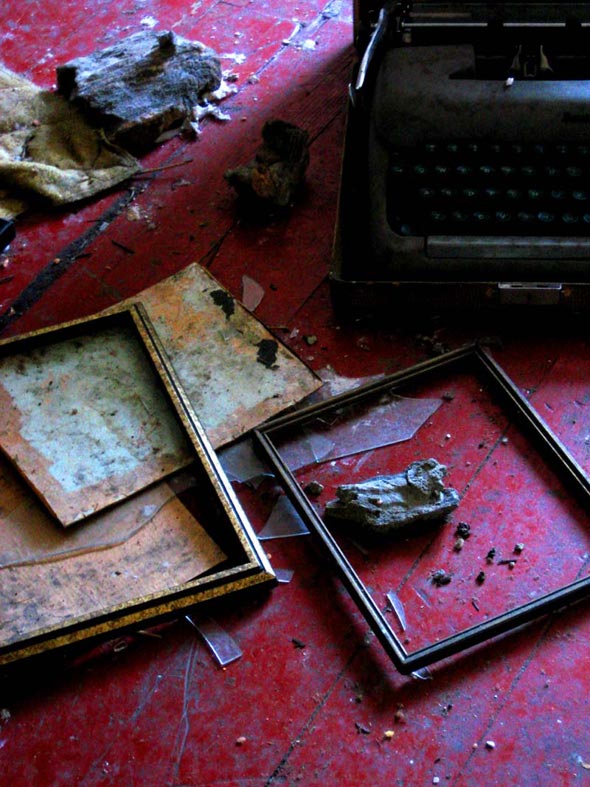 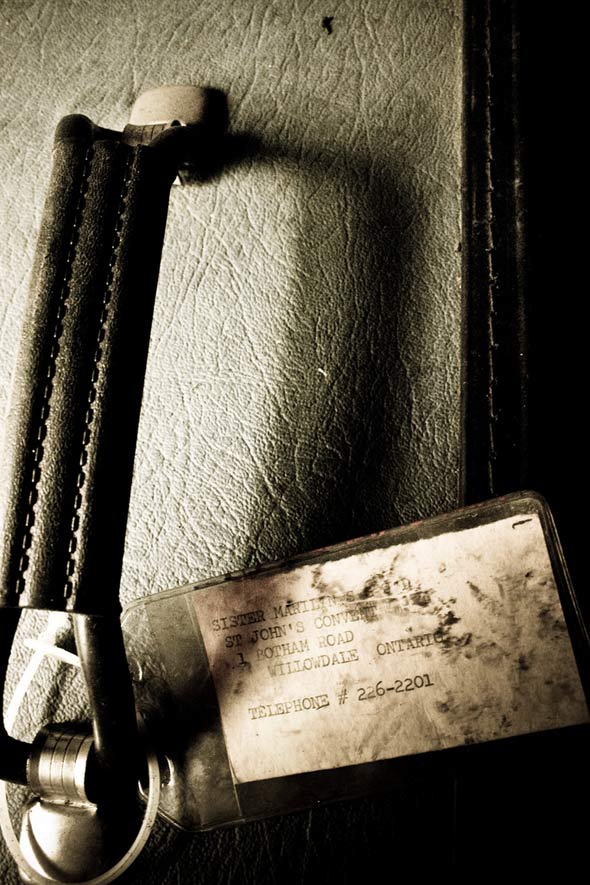 Books, never to be read again hinted at there former owners. These were the remains of the lives they had left behind... 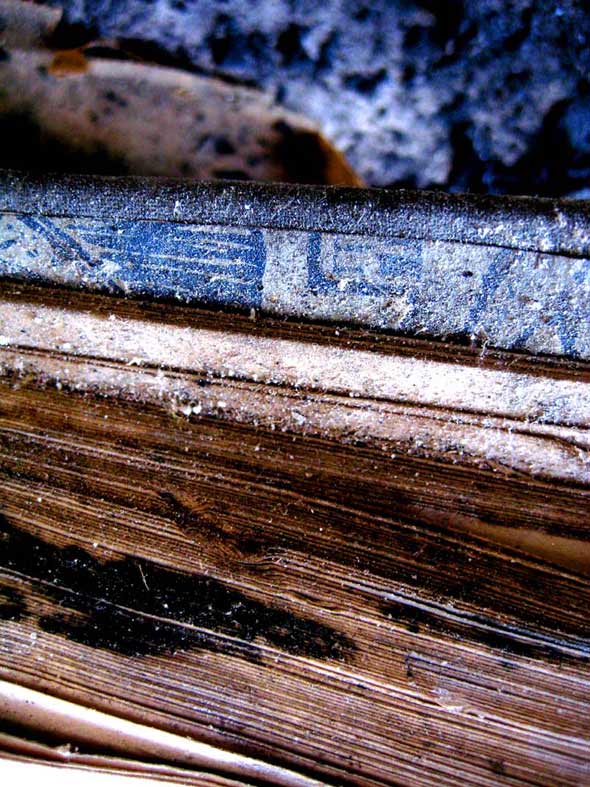 I viewed this place, then, as the remains of remains. This was a life doubly left behind. The incredible work of the order increased as their memories before memories decayed in an attic overlooking an unkempt law... 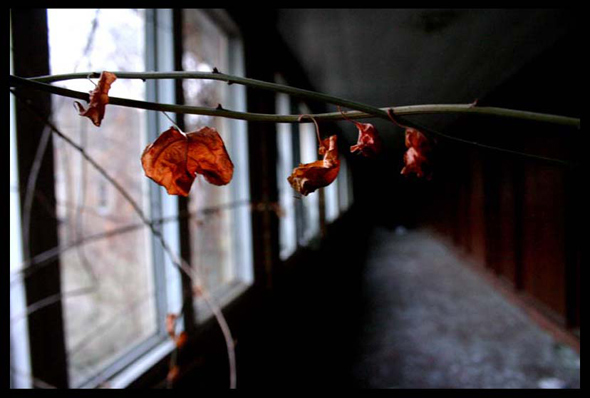 Since its abandonment, the space became home to many squatters. I befriended one, who was only resting there until his family came to the country -- so that he might save up some money for 'first and last' while working a job locally. Unfortunately, others stripped the place of copper, soiled its floors, and (as I discovered on my initial visit) covered the main chapel's floors with packing peanuts, so that they would be aware of intruders... 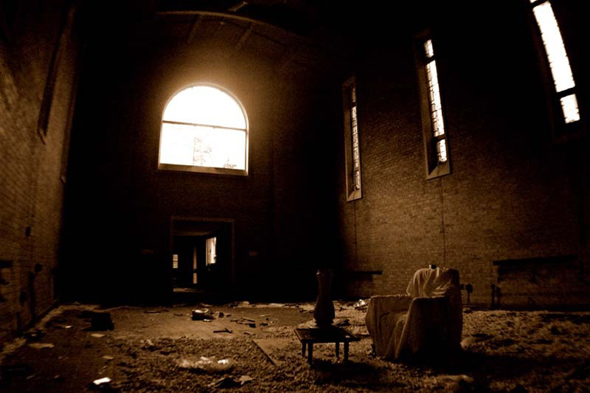 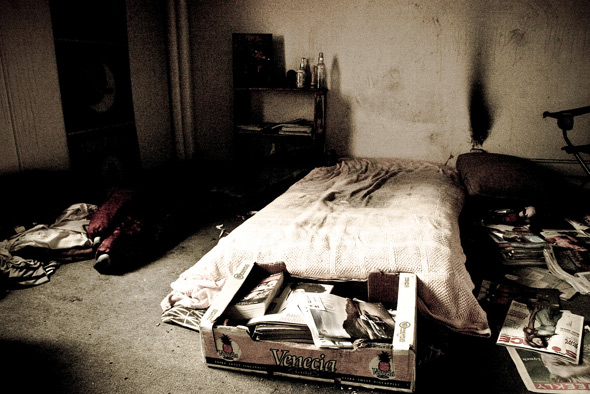 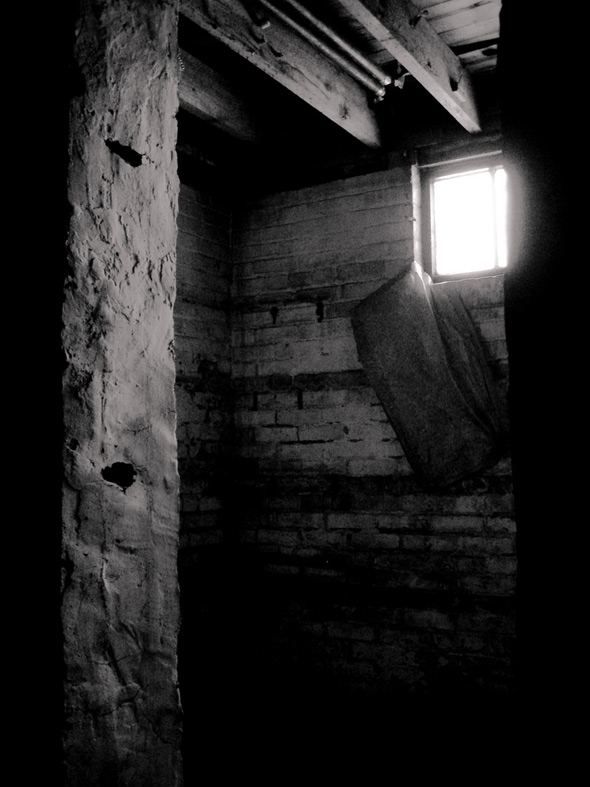 This place was always an enigma to me; I almost always went alone, and always sensed that someone was watching me. I was at the edge of a massive suburban abyss surrounded by decay. What a bizarre and beautiful place to be. 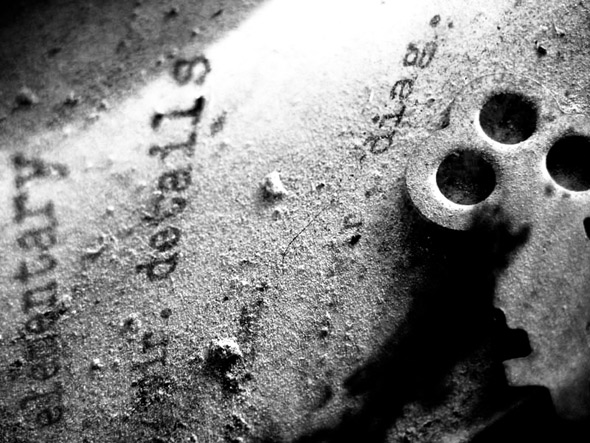 Those who lived and worked here lead either a humble life of devotion, or sought refuge from a desperate life of addiction. 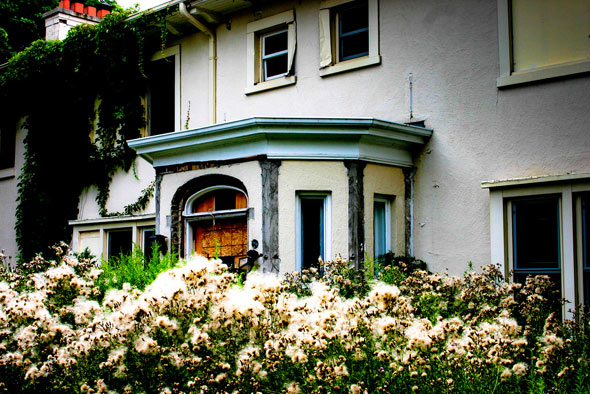 I paid no attention to the convent's history, or that of its workers, until very recently. In all honesty, I viewed those remaining elements left in the attic as some sort of beautiful epitaph, unseen, as some sort of "prize," because I had found them.

These photos were taken over years, some time ago. I would like to think that I have matured since then. I would love to go back to those long, beautiful halls, walk across the occasionally poppy strewn lawns, visit the large, deep valley behind with new eyes. Sadly, these derelict dreams are now but trespasses forgiven, as the place is now gone.

(To see more photos of the Convent, as well as high-res. versions of those above, you can view my flickr slide-show below.)