Once Hyped as the Next Hot 'Hood, Corktown's Queen East Remains a Wasteland

It's been twelve years since Sean Duranovich took over Dominion on Queen, Corktown's only tavern, and the sum of its nightlife these days, and he remembers how the area's divey reputation left him literally afraid for his life. "I was scared walking to my car," he recalls. "Who's scared in Toronto walking to their car?"

The low-rent element might have left Corktown, but the streets are empty after dusk, and the main drags - King and Queen East - are still conspicuously bare. There are empty storefronts, and a startling paucity of retail, especially for a neighbourhood whose real estate turnover in the last few years saw it proclaimed a budding hot spot by the Toronto Star. In the meantime Ossington to the west and Riverside and Leslieville to the east have blossomed, but Corktown's streetscape remains stagnant.

No one can tell you how it got its name; one story claims it's because of local breweries and adjacent distilleries a century ago, another says that it was because the majority of its Irish inhabitants came from County Cork. Duranovich says that both stories are fiction - that it was always just the southern tip of Cabbagetown, severed by the construction of Regent Park after World War Two, and cut off on the south when the Richmond overpass to the Don Valley Parkway was built.

Whatever might be happening on the main streets, companies like Streetcar Developments are betting that there's still enough to draw homebuyers to its various Corktown properties, like the Queen City Vinegar Co. lofts it recently completed on River Street, and the trio of condo buildings they're building at King and Sumach. 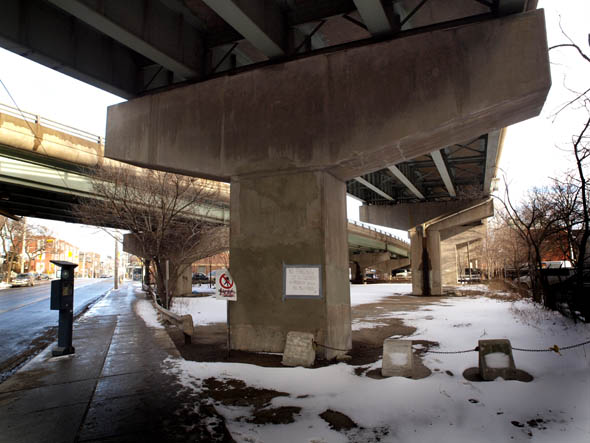 Jason Garland is the VP of development and operations for Streetcar, and he agrees that Corktown had, for years, been "losing its identity - it seemed to be a quaint area that had a mix of different scales of buildings that seemed to be disconnected from certain areas." Whatever might have created retail-killing dead zones along King and Queen - from churches, schoolyards and parking lots to stretches of public housing and businesses like the talent and casting agencies that have storefronts but no street presence - Garland is hoping that Streetcar will do their bit to increase retail density.

"We spend an enormous amount of time with the community feeling out what sort of uses they'd like to see in the buildings, and I can tell you first hand that a large part of the population of Corktown is tired of going outside of their home base." 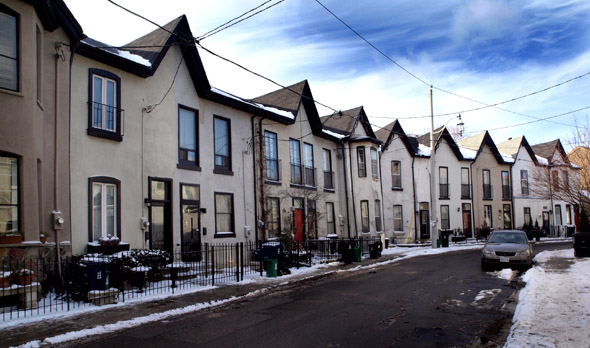 And those locals have money to spend, on houses at the very least. Local realtor Rebecca Laing describes the turnover on archetypical Corktown streets like Bright, Sumach and Wascana - tight rows of Victorian worker's townhomes with doors right on the street, tiny backyards and no parking. She tells me about a recent bidding war for a 2 bedroom on Wascana that listed for $439,000 and sold for $527, and a comparative deal on Mark near the Mercedes Benz dealership that went for $438,000 but needed a complete gutting. "Cute Victorian on the outside, but nothing going for it other than location; this is a house that needs everything." 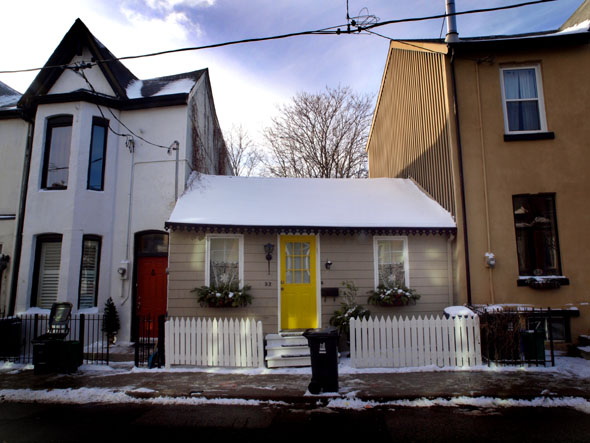 There's an argument to be made that Corktown provides an exception to the rule that the health of a retail strip directly mirrors that of its adjacent residential streets. The stretches of King and Queen that pass through Corktown have always been rather low-key, with stretches of residential housing that have survived the decades, and no one will deny that Little Trinity Church, St. Paul's basilica and school and the long frontage of the Dominion Brewery building have created retail-free zones for a century or more. There are empty storefronts, to be sure, but you can find more in neighbourhoods like the Junction, which doesn't stop anyone from describing them as resurgent or even hot.

Still, there are signs that relief for Corktown's retail doldrums is on the horizon, with the redevelopment of Regent Park and the West Donlands, which might reconnect the area with the city. Tavern owner Sean Duranovich can even see the day when the parking lot next to the Dominion Brewery complex next to him will be turned into high rises "when Toronto runs out of space." Until then, he insists, the area can boast unique accessibility - if you're going somewhere else. 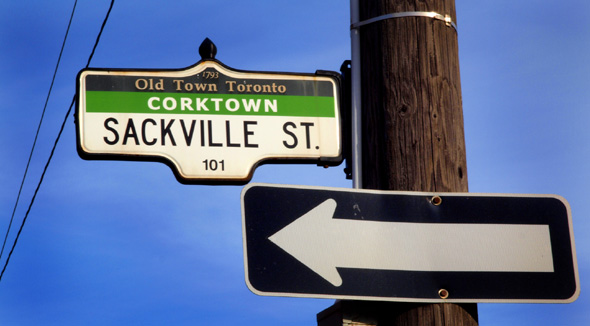