The lights went out and it got really cold for some 18,000 residential and business hydro customers in the Annex and Yorkville yesterday. A water main break at Yonge & Davenport triggered the power outage, which lasted more than 8 hours and revived the #darkto Twitter hash tag (that was born during the far broader and longer January 2009 blackout in Toronto).

200,000 Ontario college students are facing uncertainty and the threat of a break from school, as 9,000 unionized faculty and staff are tied up in a labour dispute over wages and workload.

The ol' Brunswick House is in the news again. Police are looking for witnesses and two suspects after a brutal crime started there this weekend. Two men met a woman at the Annex pub, she left with them, they took her to an apartment near Bloor and Dufferin and assaulted her before beating her and dumping her on the side of the road:

The Toronto Maple Leafs are losing young fans to other, more satisfying activities like Facebook, video games, and Twitter. Somehow the Leafs have managed to retain older fans, despite being the most expensive ticket in the league, and having some of the consistently worst performance on the ice... for decades.

Sending snail mail via Canada Post is a touch more expensive starting today. Stamps for sending letter mail are up 2 cents to 57, sending the same to the US is up 3 cents to $1, and international mailings are seeing a 5 cent jump to $1.70. I don't know about you, but I can count the number of times I used a stamp in 2009 on two hands.

In case you missed it, here's what blogTO was up to all (lovely, blue sky) weekend: 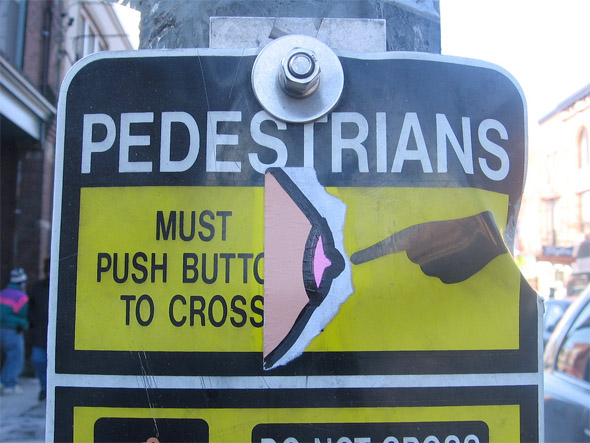 And an odd find in the blogTO Flickr pool has me thinking: "who does stupid things like this?" (photo by Rita: Electric Feel).