Honest Ed's caught on fire last night! blogTO contributor Robin Sharp happened on the scene around 1am as emergency crews were putting out an electrical fire that started in a display window that contained some clothing and confectionery. Damage was limited, with the display getting the brunt of the blow. Fire crews were able to extinguish the flames in about 10 minutes.

We spoke with Honest Ed's General Manager Russell Lazar who told us they were lucky the fire was as contained as it was. He credited this to the quick response of the fire crew as well as their sprinkler system operating as it should.

This morning, two utility trucks are at the scene and workers are cleaning up all the mess.

News of the fire, of course, quickly streamed on Twitter (follow the conversation here as well as #honesteds)

UPDATE: See our report and photos from this morning of the aftermath 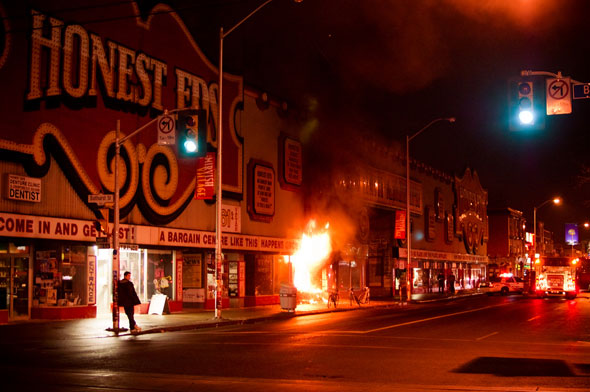 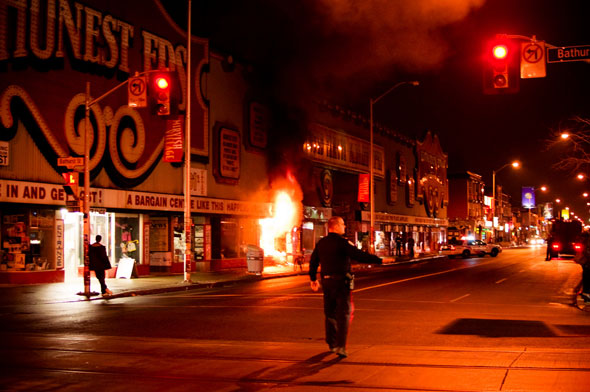 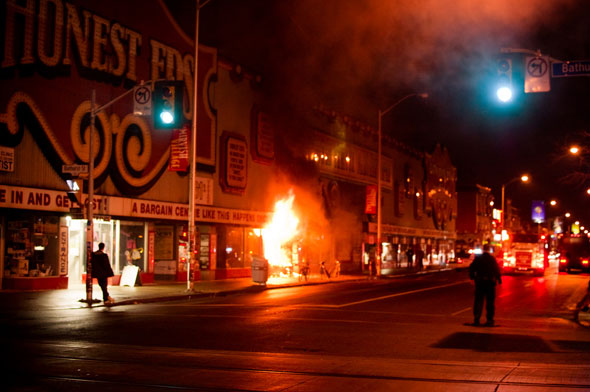 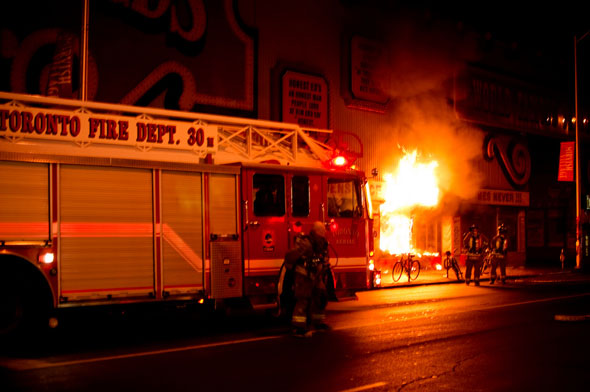 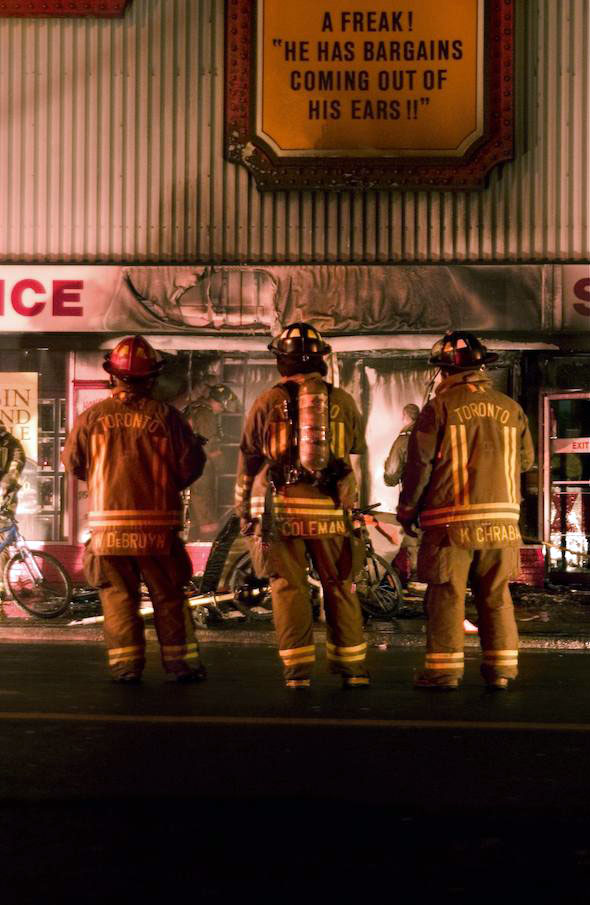