The City of Toronto launched a design competition yesterday for the St. Lawrence Market fallout shelter, er, I mean, North Building. The competition brief calls for architectural teams to design plans that will replace the ugly and underused brown box of a building currently standing at Jarvis and Front with a new four-storey, multi purpose facility. It's about time.

The massive concrete structure that is the North Market building has always been an eyesore for me. Built in 1968 (and looking every bit the part of a Cold War-era bomb shelter), the building has since lost relevance--now, it's used only on weekends for farmer's and antique markets (both longstanding traditions in the city).

The North Market building is actually available to rent during the week, but, well, who would rent it? The acoustics suck and it lacks standard building facilities, like drain systems, power outlets, and, ahem, washing areas. 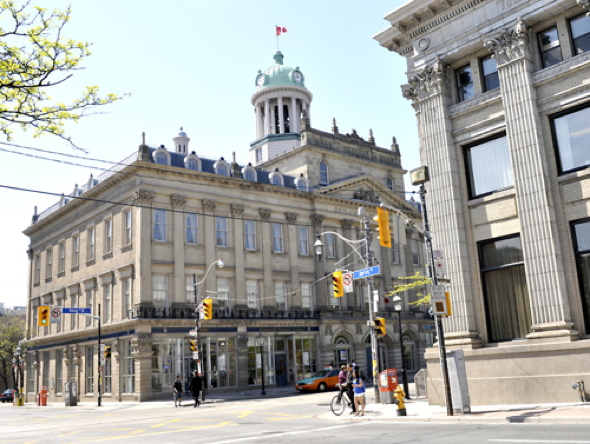 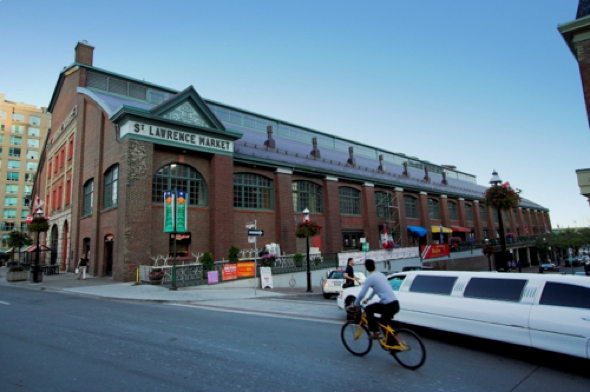 All that is going to change, with the help of Toronto's best and brightest architects (fingers crossed). The City is planning to use the new North Market building to house the farmer's market and antique market, plus the Toronto Court Services' court rooms, administrative offices and a 250-space underground Green P.

It seems as if a competition is a win-win. It will generate some fresh ideas for the North Market site, stimulate competition for the best design, and engage the imagination of Torontonians. Plus, it's about time the potential of the North Market building was realized.

Stage one of the competition ends on January 8, 2010 and stage two ends on June 2010, when a winning design is announced. (Before you start designing, better check out the rules.)

The new building is expected to be completed and operating in 2014. The area considered the birth place of Toronto is FINALLY receiving an architectural facelift. (Remember when City Council first approved the redevelopment of the St. Lawrence Market North building initiative? I don't. Because it was seven years ago.)

So, architects, the City outlines three things it is looking for with the new building: sustainable design, energy efficiency and urban design excellence.