What's Next for Little Italy?

No one will deny that Little Italy - the stretch of College Street between Bathurst and Crawford - is looking more than a little threadbare these days. Empty storefronts dot the once-bustling blocks, and pigeon droppings stain the signs above the cafes and martini bars that are still managing to hang on after the strip's 1990's boom.

Rocco Mastrangelo has seen it all . His family opened the CafĂŠ Diplomatico in 1968, just as the street began losing its Italian constituency to St. Clair West and then Woodbridge, and hung on long enough to ride the boom into the new century's bust. He's the vice-chair of the local BIA, and he's watched the roller coaster ride from the Dip's patio tables.

"We've lost a lot of good clientele," Mastrangelo says. "The person that wants to wine and dine doesn't seem to be coming back as much." 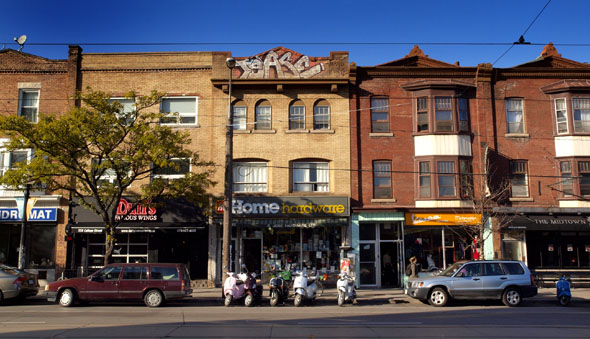 Eugene Barone watched it all as well, and then got out. Barone worked for Rocco's father and uncle at the Dip, then bought a variety store next door with his brother before learning that his favourite place to get coffee - a gent's local called Bar Italia - was for sale. He moved in and started serving food, then watched as the boom began and the old boys left.

"We were younger and we ran with things we liked," Barone recalls, "and we were getting a nice younger crowd and the ladies were coming in, and they didn't feel comfortable. It wasn't their hangout anymore."

The media took notice, and Barone became the "King of College Street" - the first of a series of restaurateurs, many second-generation Italians and Portugese, who wanted to spiff up the old neighbourhood. What came next was a wave of eateries and bars, some still operating (The Midtown, College Street Bar, Kalendar, Sintra, Souz Dal), that made Little Italy the hottest spot in town in the decade after the Berlin Wall fell. 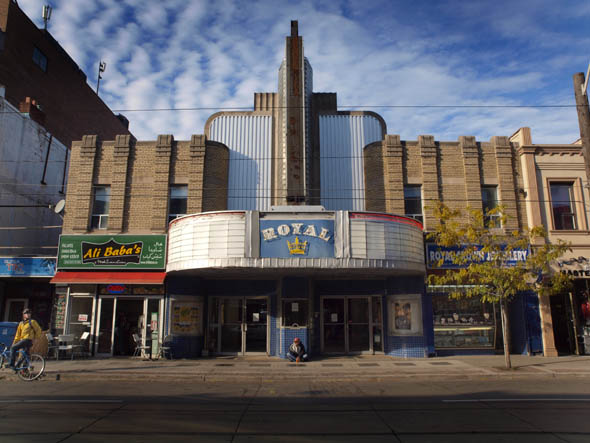 The friction between business owners and nearby residents led to new zoning precedents at City Hall, and worries about how to manage the progression from hip little eateries to raucous nightclubs that almost seems inevitable - a battle being fought, some would say preemptively, on Ossington today.

"The best part was to see the flock of people," Barone recalls. "When I had the variety store we couldn't even get a cab on College... the only thing you'd see in the evening was the streetcar and a few cars going by. Seeing that parade of people up and down the street at night... that was pretty thrilling. Of course the media took over and everybody was talking about it, and then the worst part was the clubs and the bars. That's when I lost it a bit. I was getting older and seeing a lot of kids getting drunk, and it wasn't about the food anymore."

Barone sold up five years ago, moved away and opened Rosina's, a little place in Port Elgin. Mastrangelo intends to stay put, but thinks that the future of the strip probably lies with the local homeowners, who might have moved there to be near the action, but went on to start families, and now want to see a mix of retail, cafes and nightspots that resembles the College street of Rocco's parents.

""I guess what's going to happen is that we'll probably hit a little lull now, and there'll be a weeding out of bad operators, and the scene will change, and the tolerance for a nightclub will not continue," he speculates. "The fact that we have a lot of well-to-do commercial owners means that a new trend will be coming in. It could be retail... who knows?" 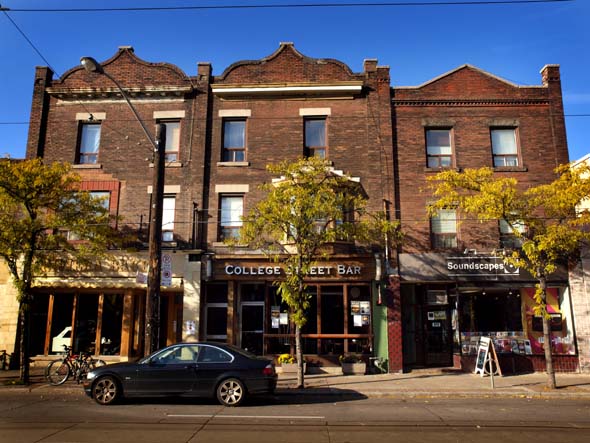