There are few things in our built environment quite as sad as abandoned houses... such as downtown Toronto's George Street Thomas Meredith House.

Anyone familiar with the area around Thomas Meredith House is aware of its degeneration over the past few decades, and unlike some, I do not believe in revitalization in the form of poutine. Even so, this rough area is home to some truly hidden gems (no, not Filmore's). 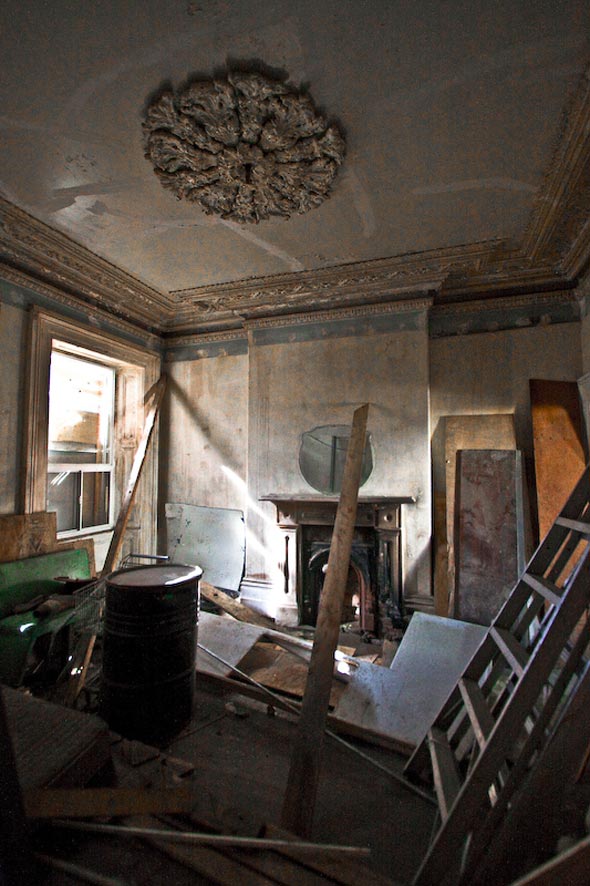 Derelict factories, de-commissioned power plants, even abandoned schools and churches seem less of a conundrum, as they speak more to a general societal change or evolution. But a home in this same state seems much more like a sad personal tale - and one worth remembering, if only through photographs.

This beautiful mid-19th century 2 1/2 story house is a wonderful example of Italianate styling, and was one of the first houses on the street. Thomas Meredith himself was a grain merchant, historically associated with his business dealings with the Gooderham and Worts Distillery South and East of the manor.

The house remained in the family until the early 20th century, and since then has passed through many hands. Certain key stylistic elements, such as the 'hipped' roof and facade detail led the site to be given heritage status in the mid thousands, but I have been following 'progress' on the property for some time now, visiting the place and speaking to some of the neighbours, and not until very recently has any significant work been attempted.

The interior is home to some of the most beautiful door frames and fire places I have ever seen... 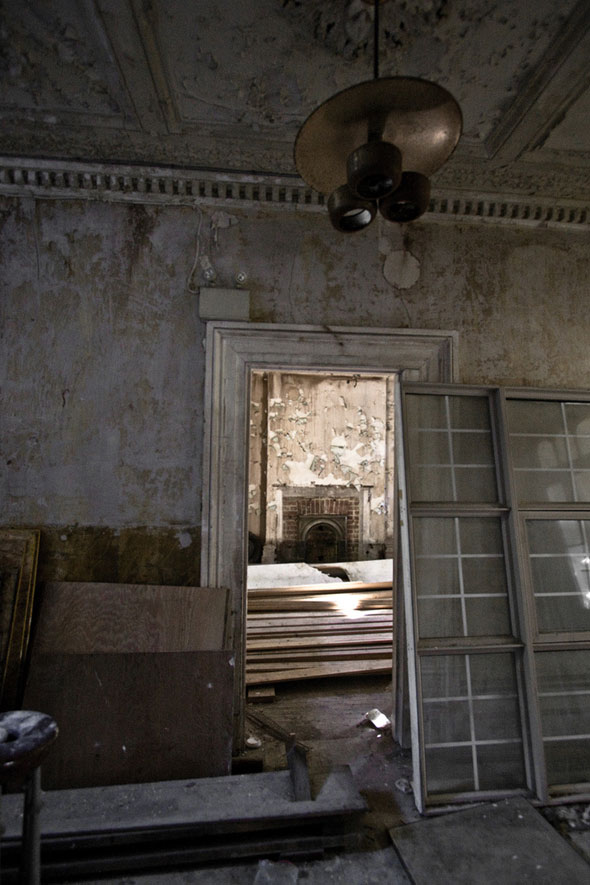 There is something undeniably eerie about the peeling paint, especially in the brighter rooms... 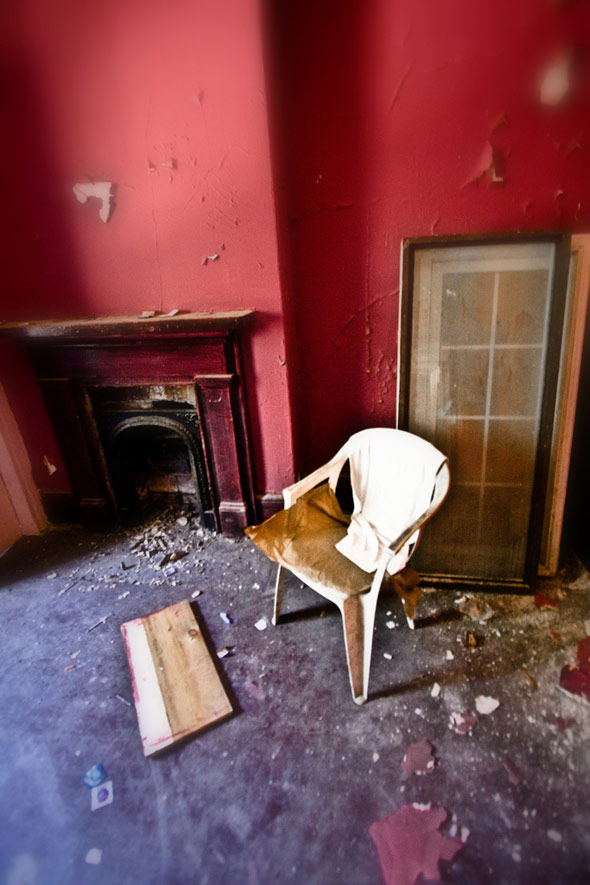 Although each area seems to have a theme of sorts, much of it remains quite haphazard, due to the stagnation in progress regarding renovations. 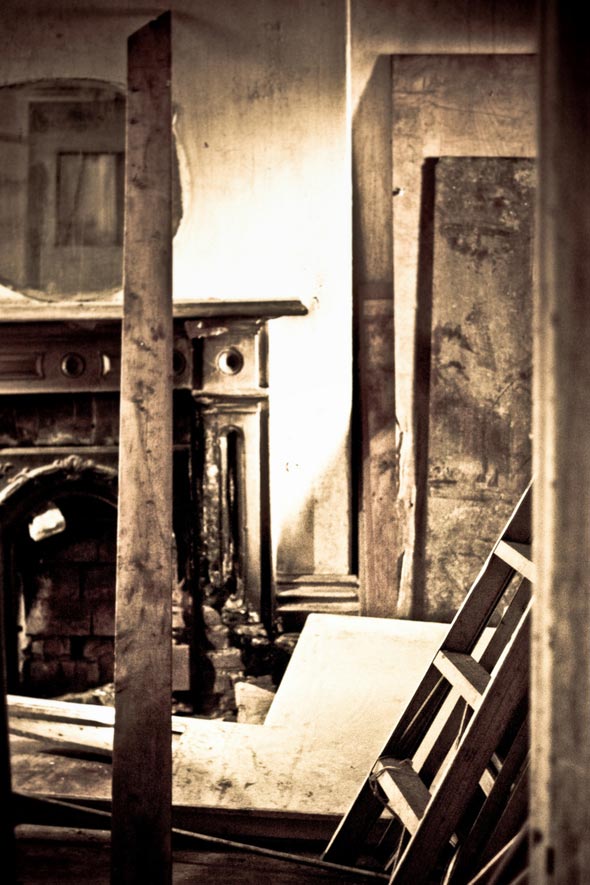 Many of the fixtures remain, however, and hopefully will be salvaged. 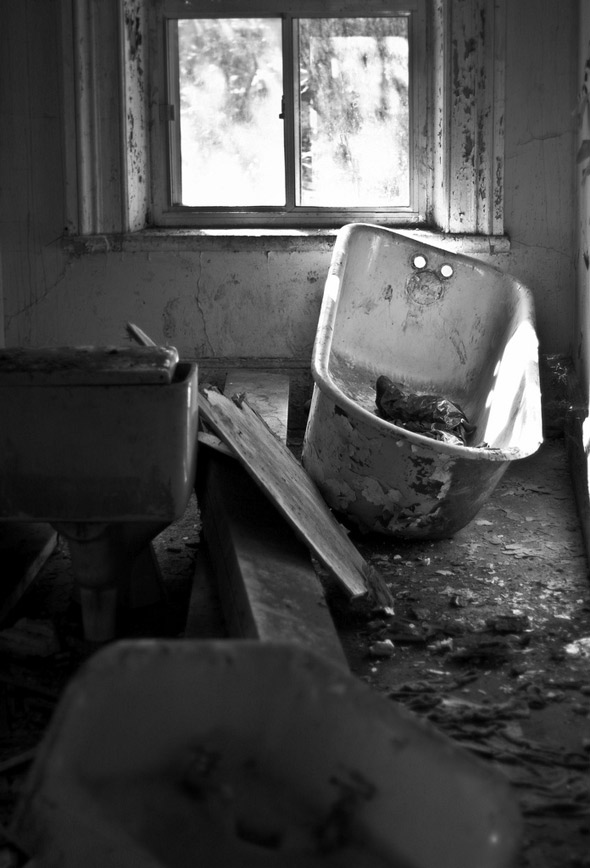 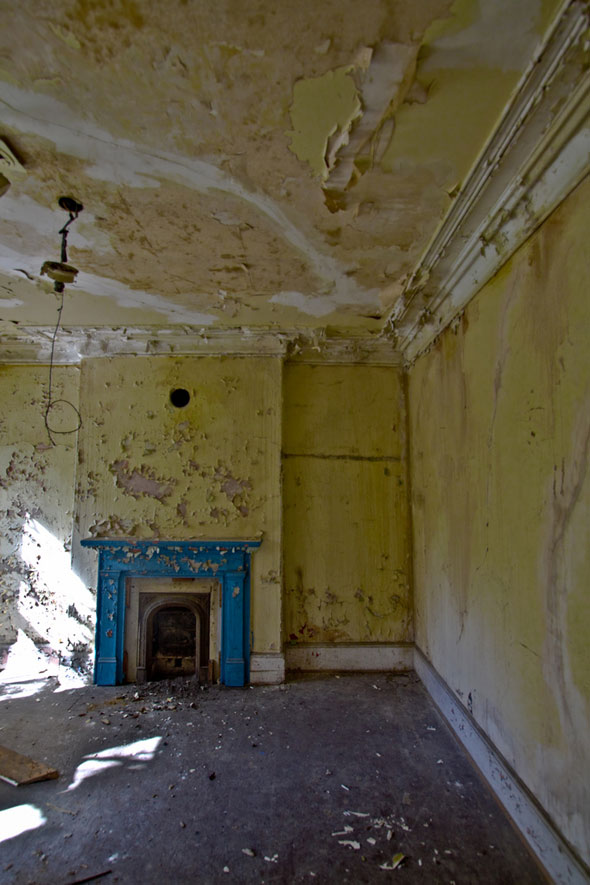 Stairways in older homes such as these are always, visually anyhow, the most spectacular elements, in my mind; the detail and craftsmanship seemed spectacular in Meredith House, even despite the decay. 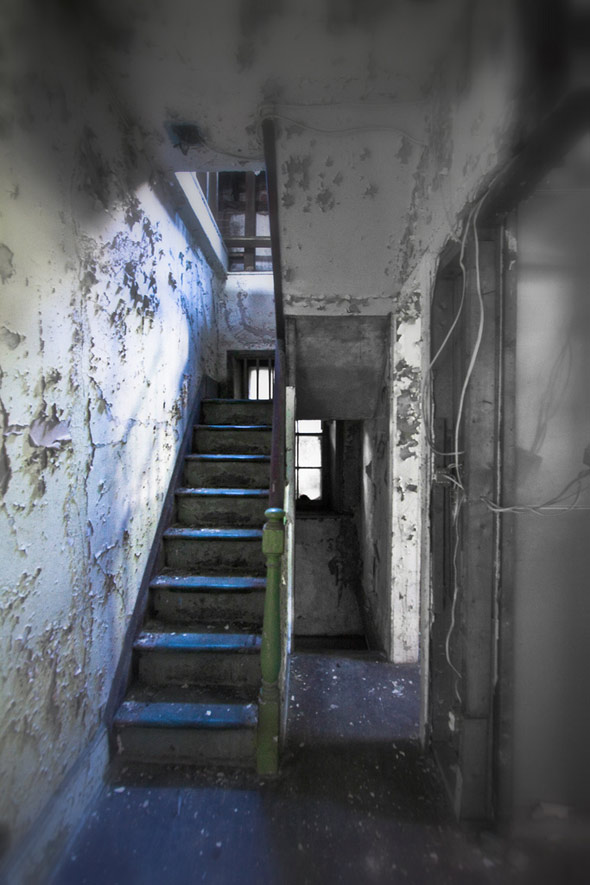 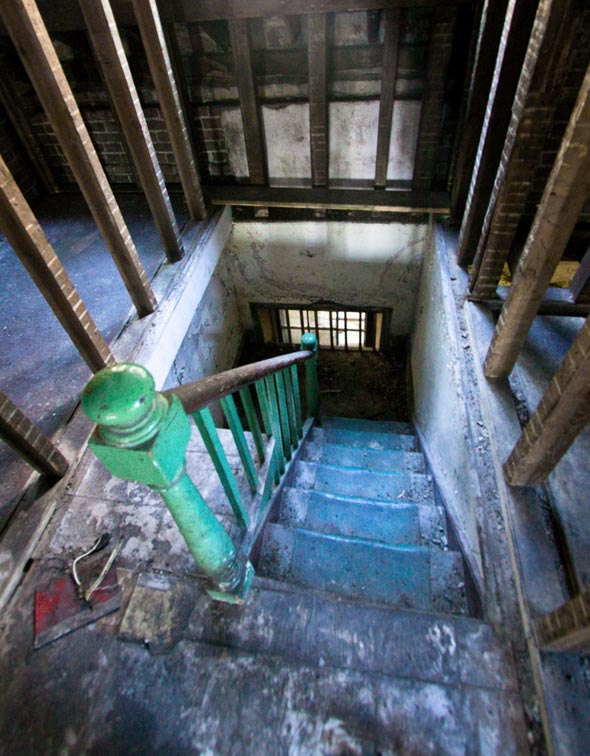 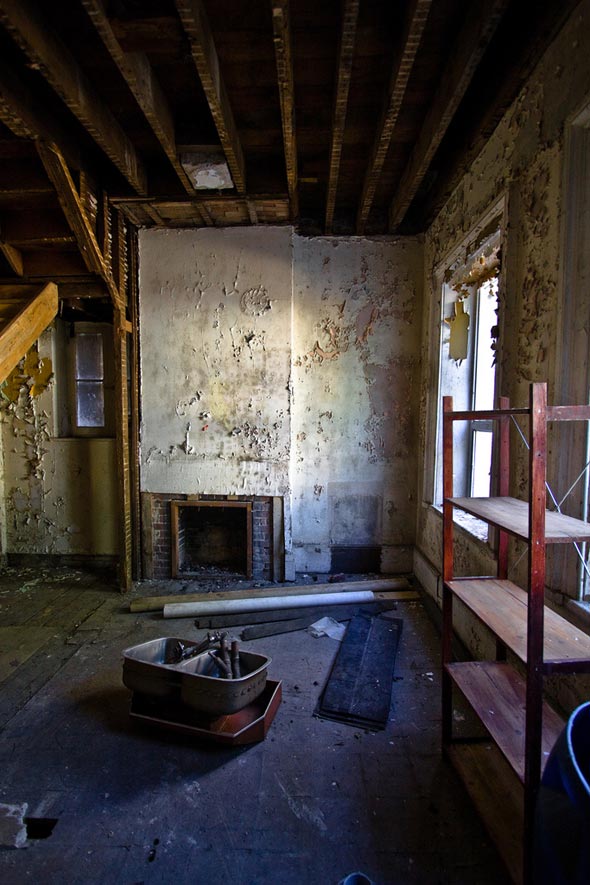 It is a great hope of mine that this, and several other houses in the neighbourhood fall into the right hands and are eventually either saved, or converted to usable space. The idealist in me would love to see these spaces converted back to their original glory, while the realist understands that 'you can't save them all.' That said, virtually anything is better than seeing such beautiful historic places fall into the hands of slumlords, or worse still, rot and fall in on themselves (think, Walnut Hall, the last remaining Georgian Style Homes several blocks away, a few years back).

The urban planning disputes between land owners and city councils often drag on for so long, that these buildings end up giving up the ghost to demolition by neglect. Compromises and concessions, of course, are the only path to safeguard these historic landmarks. At least in this case, a house divided against itself cannot stand.

(To see the rest of the set of snaps, as well as high-res. versions of those above, you can check out my flickr slide-show below.)