The 2009 Toronto Urban Design Awards kicked off last night with a speech from Mayor Miller. Knowing he was preaching to the converted, Miller said, "You know that excellence in architecture is not only possible and achievable, but it is happening every day in our city."

Well, every day that we're not on strike or bickering, anyhow. The awards are given out every two years; this year's jury was made up of Ian Chodikoff, editor of Canadian Architect, architect Jack Diamond, landscape architect and environmental planner Eha Naylor (ENVsion - The Hough Group Limited), and landscape architect and urban designer Michael Van Valkenburgh.

For me, the most exciting award was the first one presented: the award of excellence for a low-scale, private "Building in Context" went to 40R_Laneway House (at 40R Shaftesbury Avenue). This house, designed by superkul inc has gotten more than its share of press already. But the beautiful rust-clad house needs this kind of good publicity, to convince planners that laneway housing is more than just feasible - it's the ideal elegant solution to Toronto's residential density question. Laneway housing can encompass all kinds of flexible design needs. 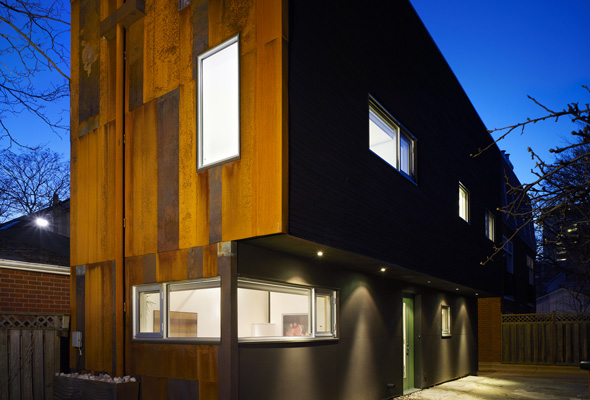 The laneway house is also a perfect example of the awards' goal of contextualizing architecture. "These awards prove the power of design to elevate our thinking about urban living," said Robert Freedman, Director of Urban Design for the City of Toronto. "We've worked hard with these awards to emphasize place-making and context, to take away the idea of buildings as individual objects."

There were 117 entries in 7 categories. Three of these categories didn't receive awards this year - Elements (a stand-alone object, landscape element or small-scale piece of a building), Large Places / Neighbourhood Designs; and Student Projects. Ian Chodikoff presented the jury report on the awards and explained the jury's disappointment with entries in these categories. His criticism of the student projects caused some disgruntled murmurings in the crowd.

The winner of the Small Open Space award was no surprise - the Spadina Wavedeck is the obvious choice (torn tendons notwithstanding ). 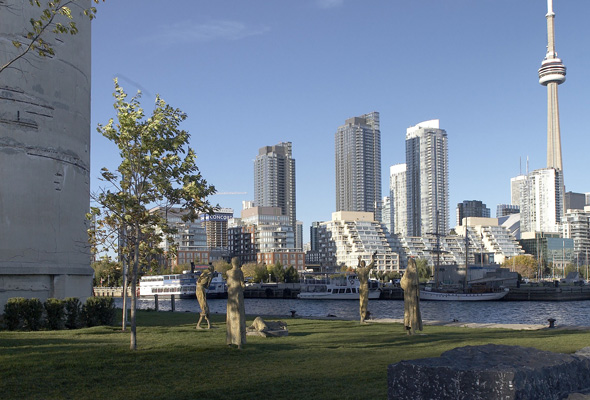 But one of the honourable mentions for open spaces should draw attention to an overlooked but worthy addition to our waterfront - Ireland Park, at 5 Eireann Quay. The awkward location (between the airport parking lot and the Canada Malting Silos) means this unusual memorial park doesn't get the attention it deserves--in fact, I've never actually walked through it. With the fate of the Malting Silos still uncertain, Ireland park also has an unstable future--I better get over there soon. 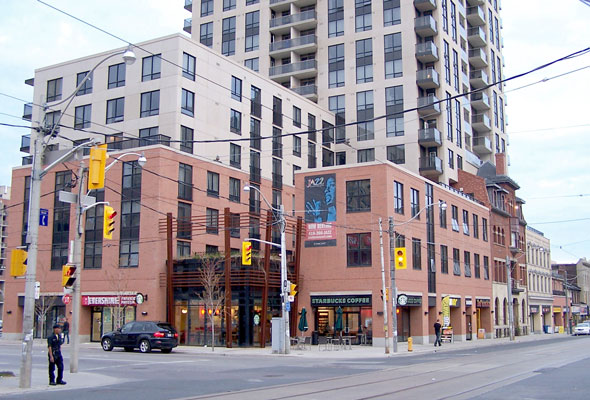 Some of the awards could force us to take a fresh look at buildings that don't necessarily draw attention to themselves. For example, Jazz, the agglomerate building at 167 Church Street, isn't immediately attractive or even very noticeable. But the jury gave Burka Architects and NAK Design Group an honourable mention for their work on Jazz, praising its complexity, its varied faรงade, successful historic building integration, and commercial viability. So I'm taking a fresh look at the building--I still think it's an ugly duck, as a whole, but I see the jury's point: How often does Toronto get a streetscape right, where a new tower doesn't dwarf people on the sidewalk? 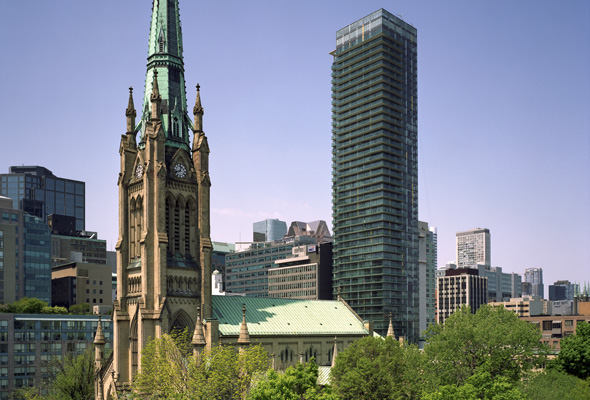 These Urban Design Awards have a very public purpose, which has little to do with the spiffy ceremony last night at the Palais Royale. These awards encourage us to pay attention, to care about how our city is evolving, and to give the design industry feedback, for when they get things right, and when they go wrong. The winning entries can be viewed at City Hall until the end of the this week.

Awards of Excellence (for a full list of entries, visit the City of Toronto site):

Images coutresy of the City of Toronto.