With the recent cyclist tragedy, near Bloor and Avenue Road, burnt into the minds of Torontonians, the motorist vs. cyclist debate is on once again. Regardless of which side you may agree with, neither form of transportation will disappear from the streets of Toronto any time soon. Although the facts from Monday's incident aren't exactly clear just yet, the notion of safe biking in the cycling has definitely emerged.

Maintaining your bike is a no-brainer. The brakes, chain, gears, etc. should all be checked and in good working condition. Trust me, you don't want to find out you have no brakes going down a steep hill. Unfortunately, as a child, I learned the hard way. Once you've made sure your bicycle is road worthy, it's time to worry about urban utility biking.

Most people downtown aren't biking for recreation; they're biking with an objective in mind. Whether it's getting the groceries, or meeting a friend for coffee, the bike is simply another mode of transportation. As safe as someone's bike can be, the cyclist must always remember that there are other road hazards that can pose a threat. The following is a list of the top five bicycle hazards in our city. 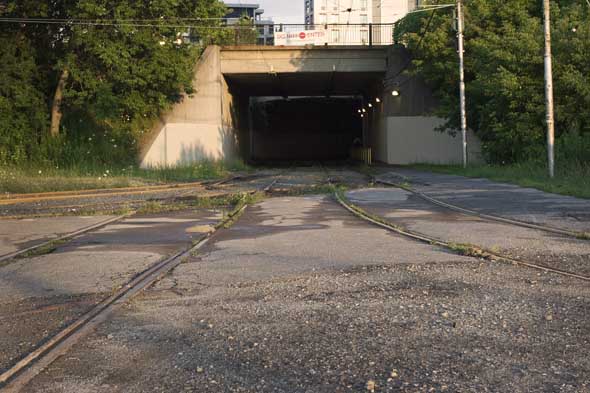 This danger varies depending on the width of your tires. Many cyclists that bike in Toronto for the first time usually aren't aware of this hidden danger. I've seen a few people get stuck in the tracks, some of which end up flying over their handlebars. It can be easily avoided - just remember to cross diagonally to avoid getting wedged in the
tracks. 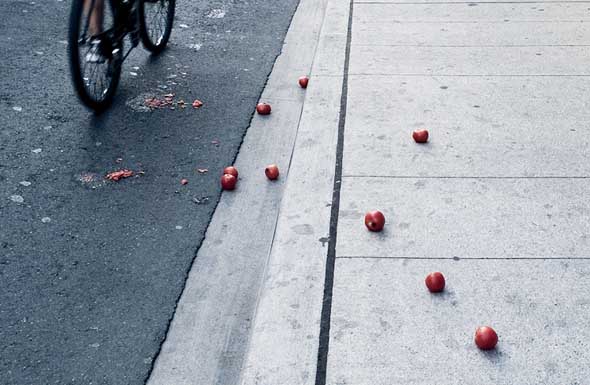 Garbage on the road, and potholes can be a nightmare when commuting in tight situations. In fact during the garbage strike I avoided biking in busy areas because of the amounts garbage spilling over into bike lanes. You can usually avoid these
obstacles; just make sure you have enough space around you to do so.

I think intersections are one of the largest reasons why motorists can be spiteful of bikers at times. Most close calls that I've seen take place here. As a cyclist, it is important to hold respect for road regulations. Cutting across red lights at intersections and not following turn restrictions put both the cyclist, and motorist in danger. When a car in front of you is signaling to turn right, and slows to stop, so should you. 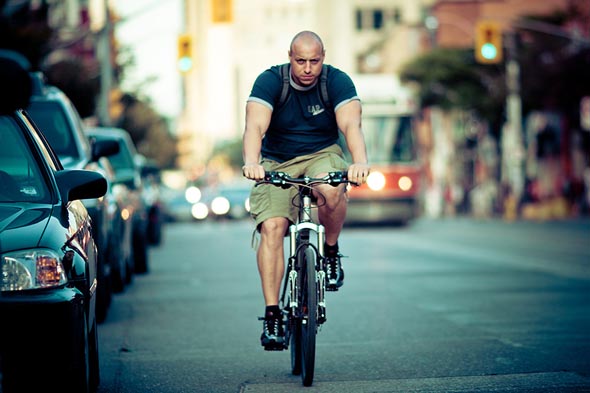 It's fairly difficult to be vigilant and avoid this one. This occurs when a vehicle is parallel parked with the bike lane to the left of the car. As the cyclist approaches the car, the driver will open his/her door into the bike lane before the biker can react. I've had a few close calls myself - the only thing you can really do is to watch for brake lights of parked cars and be ready to react at any moment.

Any road traffic can pose a risk in numerous amounts of ways. Being aware of the vehicles and other cyclists around you is the best way to avoid accidents. Personally, I like to avoid traffic when I can, but will always deal with it at one point and another. Being decisive and having respect for other commuters is the key to a safe commute while in traffic.

Being a utility cyclist and motorist myself, I have a good idea of the dangers for both modes of transportation. Keeping a safe distance and being aware of your surroundings are some of the easiest ways to avoid accidents. Experience also plays an important role. An inexperienced biker shouldn't test their first commute on congested streets. If commuters on both ends become more aware Toronto will surely reduce the amount of bicycle related incidents on its roads.