Keith Brooks is at pains to explain that the Clean Train Coalition is not trying to stop the planned expansion of mass transit through the west end rail lines known as the Georgetown corridor. "We're all supporters of public transit," he says. "We're the clean train coalition, not the no train coalition."

The message that the group is hoping to hammer home at the walking demonstration being held tomorrow is that there's probably a better way of seeing Metrolinx, the new GTA transit authority, double or even quadruple the frequency of GO trains along the route, and that's with electric trains, not diesel.

"Based on a study - I don't remember if it was Metrolinx or GO - done on the Lakeshore line, they said that the cost of electrifying is considerable, but in ten years they'll have recouped the cost, based on the wear and tear on the trains and the lines, and on the cost of fuel, because electric trains are more efficient. That's based on ten years. Metrolinx' big plan is a 25-year plan. They should invest in the right thing up front."

The "Human Train" protest will kick off early tomorrow morning in Weston, and make "whistle stops" at the neighbourhoods adjacent to the Georgetown corridor, with musical performances and speakers at every stop. Politically, the coalition's star guest isn't performers like Andrew Cash or Oh Susanna, or speakers like councilor Gord Perks or MP Olivia Chow, but Dr. David McKeown, the city's Medical Officer of Health.

This week, Metrolinx released a statement saying that Dr. McKeown had "revised his opinion on the Metrolinx study of the Georgetown South Service Expansion and Union-Pearson Rail Link project," and that "additional technical information" had convinced him that his earlier concerns about the health effects of the diesel traffic were overstated. McKeown's appearance at the Human Train rally suggests otherwise, but James O'Mara, Executive Lead, Environmental Planning and Policy for Metrolinx, said in an e-mail that he "would not want to speculate on what Dr. McKeon will have to say at the event."

In answer to the coalition's insistence that electrification of the Georgetown line is the only way to assure that no one living nearby will suffer possible adverse health effects like leukemia or asthma, O'Mara said that the corridor "cannot be electrified without a proper plan in place. Metrolinx is in the process of developing a Terms of Reference to study options to conventional train technology, such as electrification, as well as other fuel technologies for the entire GO Transit rail network."

With an Oct. 4 deadline looming for a Ministry of the Environment approval of Metrolinx' plan, Brooks is at a loss to say what the coalition will do if it's approved without conditions. "If they don't listen to us, I'm not sure who we have to go to." 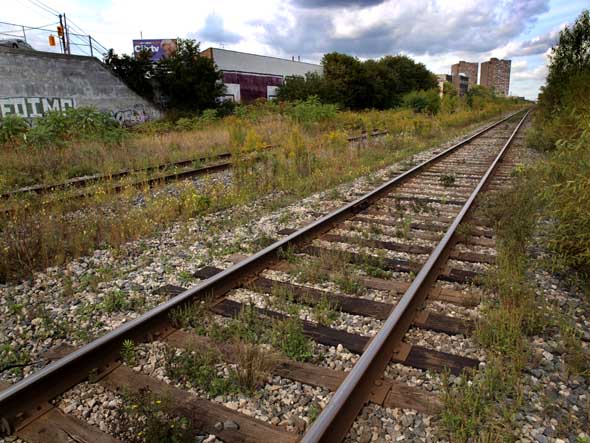