A massive storm cell is ripping through the GTA, with multiple reports of tornado touch downs outside the city, resulting in at least one confirmed fatality in the town of Durham, Ontario.

Early reports also indicate a tornado touching down near Vaughan Mills and cars having been flipped on highway 400 as well as tornadic activity in the city of Toronto itself, but these have yet to be confirmed as the storm continues to move eastward. Reports, photos and videos have also lit up on twitter throughout the evening.

Updated: More photos and video of the tornado touching down in Vaughan, the storm front entering Toronto, and the brilliant skies and rainbows left in the storm's wake. 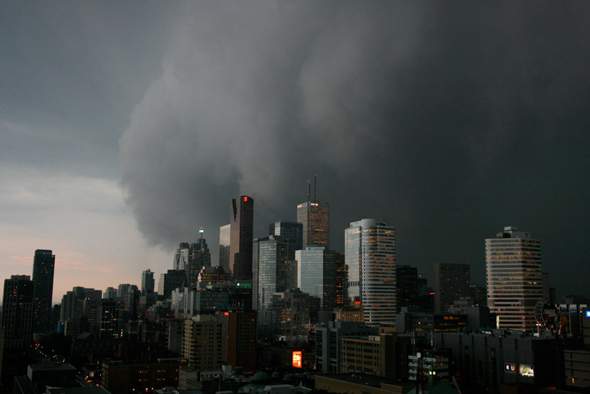 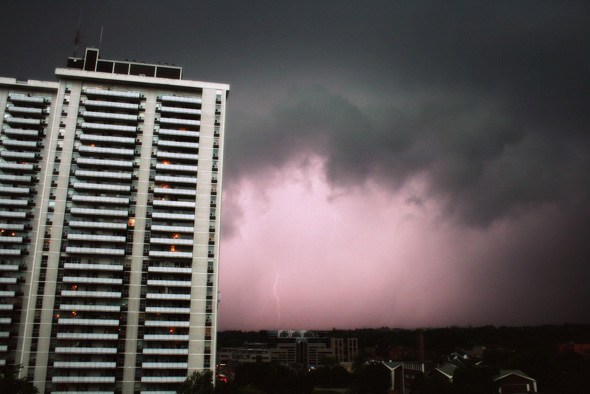 Along with the tornadoes, massive lightening strikes peppered the evening sky. 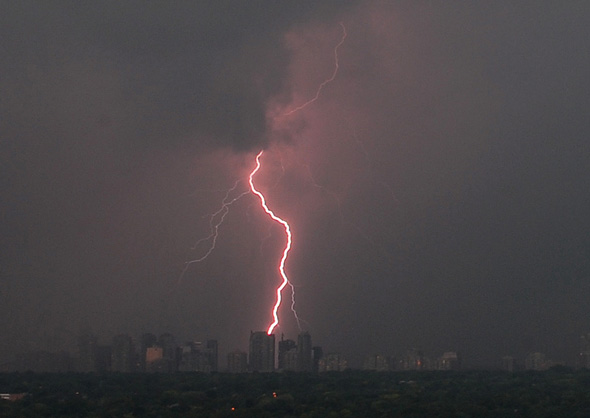 Video clips: one of the tornado touching down in Vaughan, couple of a wall cloud approaching downtown Toronto, and one that shows the heavy rain:

The sky after the storm was nothing short of spectacular and eerie, displaying the type of saturated colour that seems to accompany the hardest poundings. 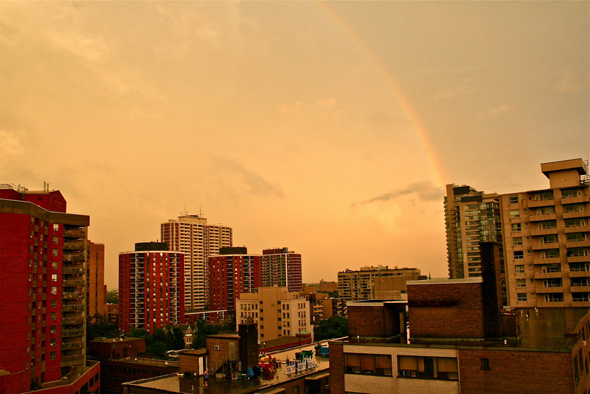 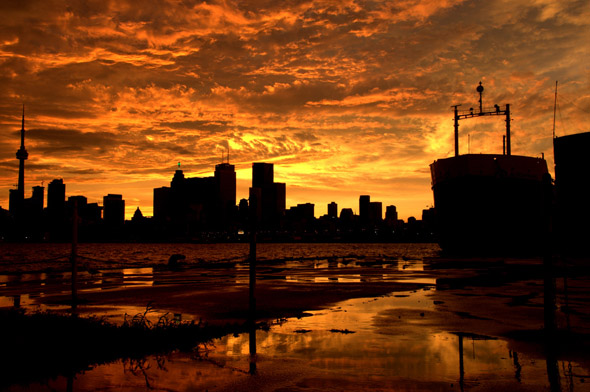 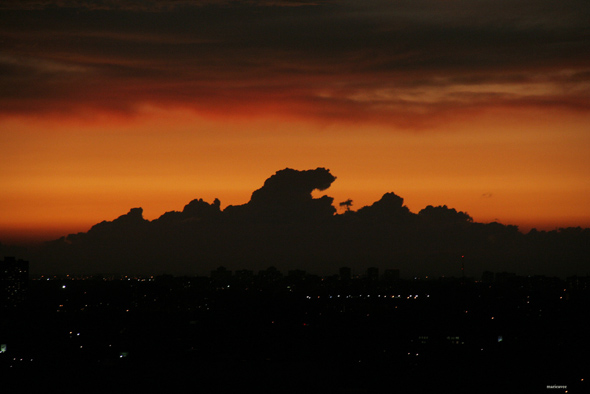 If you have photographs of tornadoes or the storm in general, please upload them to the blogTO Flickr pool.