Hot Fetishes and Fantasies at the Church Street Fetish Fair

It was hot for more than one reason at the sixth annual Church Street Fetish Fair this weekend. With temperatures and humidity soaring, Sunday proved to be the kind of day one would ideally spend in a bathing suit by a pool... or for some, in their birthday suits and loafers at the Fetish Fair.

It turns out I was slightly overdressed for this event (in my mini-shorts and tank top), as most opted for more of a breeze in their chaps or other various small strips of leather. When temperatures hit their peak, I think I might have been just a tiny bit jealous. 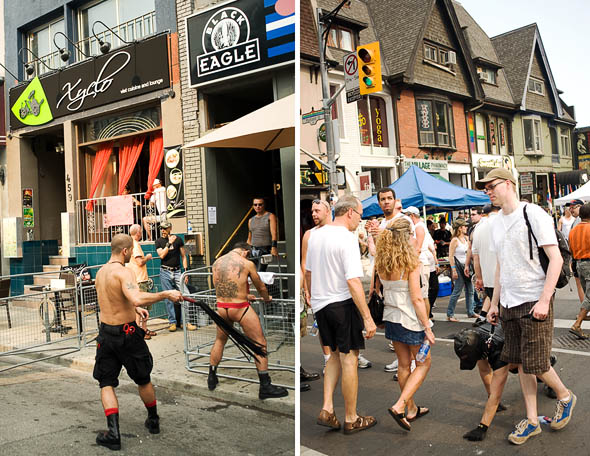 This year's fair featured demonstrations and performances that included all one could ever need to know about properly executing all kinds of kinky sexual fetish fantasies. Experienced demonstrators went over everything from whips, to bondage, to hitting people with sticks.

I attended the latter demonstration out of curiosity, mainly because "hitting people with sticks" sounded odd enough to be interesting for my inexperienced ears. I mean, in any context (kinky or not), who wouldn't want to attend a workshop of such a quirky topic? 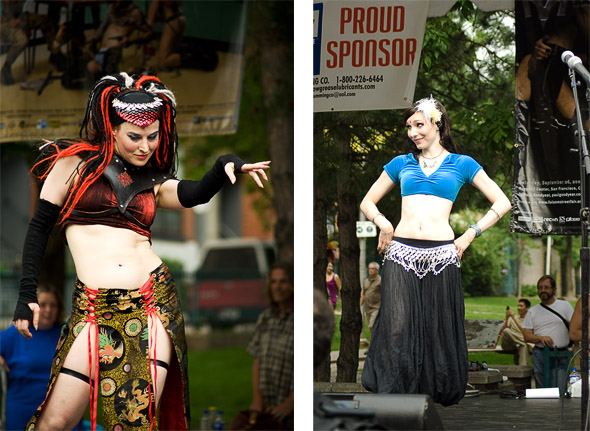 At the demonstration, a woman named Black Orchid went over the various types of sticks that could be used to achieve the "right kind of hurt." She stressed certain safety aspects and went over the ideal places on the body for make-it-hurt-so-good hitting (which, as it turns out it, is anywhere fleshy). 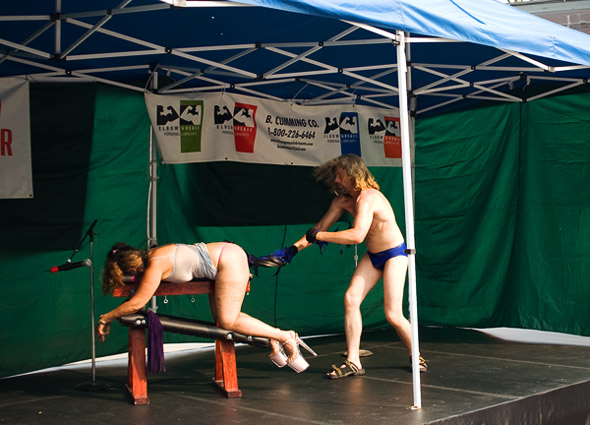 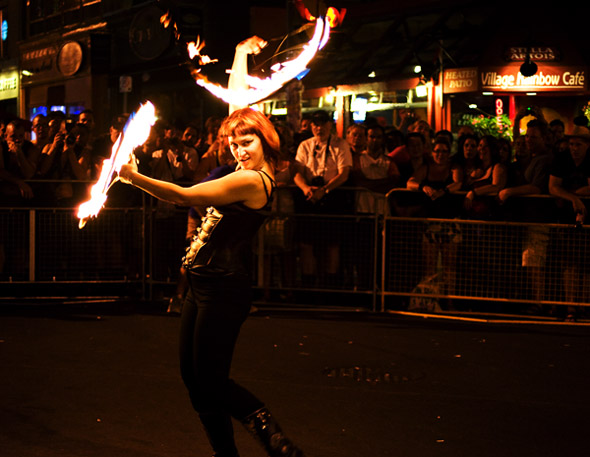 It wasn't until it got dark that I discovered my favourite part of the festival - the last event of the day... the fire show. While I personally wouldn't call it a "turn on", people doing dangerous things with fire is always an awesome spectacle.

During my time at the Church Street Fetish Fair, I didn't tap into any secret fetish. In fact, I'll be the first to admit there were some uncomfortable moments that made me blush and stare at my feet. Turns out I'm a bit of a prude.

While these fetishes aren't really my thing, I realized that there is a certain amount of technique and skill involved in making these various activities enjoyable. So, if you're bored in the bedroom and have a thing for leather, I would definitely recommend attending next year's Fetish Fair. Or you could just go for the kickass fire show. 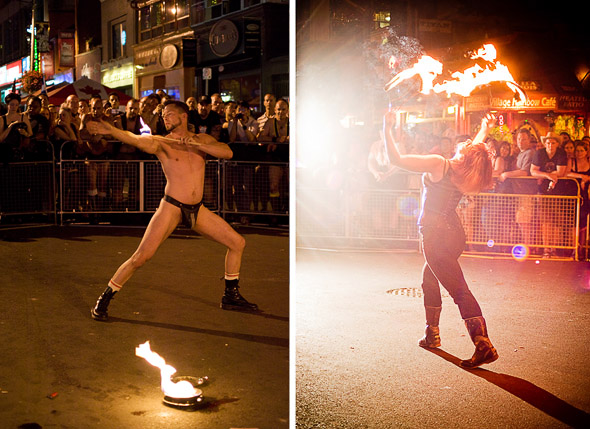 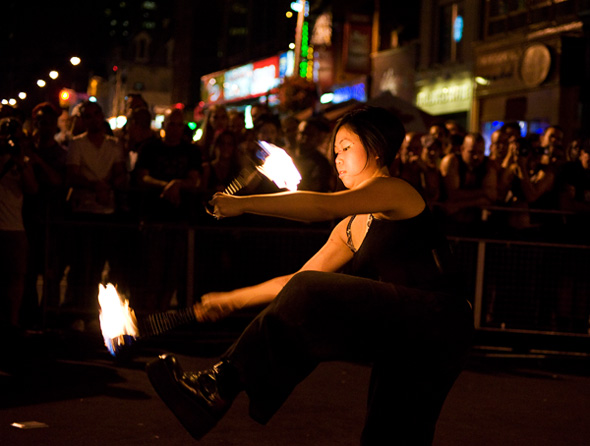