Ottawa will spend $300 million from the economic stimulus fund to upgrade Ontario's railway corridor. VIA Rail Canada will use the money on improving accessibility for the disabled, introducing fuel efficient locomotives, and reducing travel time between Montreal and Toronto by a whole 30 minutes. Construction is set to begin in the next few weeks.

New tracks will be laid in 8 locations along the corridor in hopes of resolving tie-ups between passenger and freight trains. These bottlenecks occur when VIA attempts to pass CNR (Canadian National Railway) trains but can't due to track restrictions. Additional railway will be strategically laid alongside the 539 kilometer route so VIA trains can pass by quickly and safely.

In 2008, VIA moved over 4.6 million people and brought in a revenue of $299 million. With ridership expected to rise about 40% over the next five years, two trips will be added from Toronto to Montreal upon the project's completion in 2011. I don't understand why high-speed rail isn't being implemented if the amount of people and trips are expected to rise? I'm sure that a speedy Windsor-Quebec City route would help alleviate some of the passenger traffic.

Gary Goodyear, the Minster of State for Science and Technology called the stimulus upgrades "an intermediate solution", but warned that such a project was at least a decade away. Meanwhile Joe Volpe, the transit critic for the Liberals added "These guys are re-announcing something that doesn't serve much purpose," also saying that the Conservative government should invest in high-speed immediately; a notion that I am completely on board with. 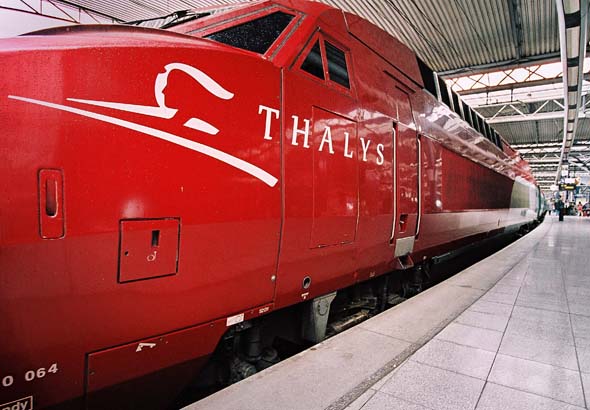 Think about it. A trip from Toronto to Montreal would take about 2 - 3 hours. Businessmen and tourists alike would be able to take advantage of this speed; forgoing the 6-hour trip we might have to endure today. This would allow others and myself, to take a weekend off in Montreal quite easily and vice-versa. The 'high-speed bridge' would also improve the economies of smaller cities, as there would be increased traffic from other major cities. I have always been puzzled as to why our country is in absence of this technology while the States and most of European countries reap the benefits.

Although it's a distant dream of mine, high-speed rail has been discussed many times in 2008. My hopes are that this project will begin to build a basis for this kind of infrastructure in the future. High-speed rail isn't exactly something that is easy to pull off, but once it is there, it becomes extremely advantageous its users.